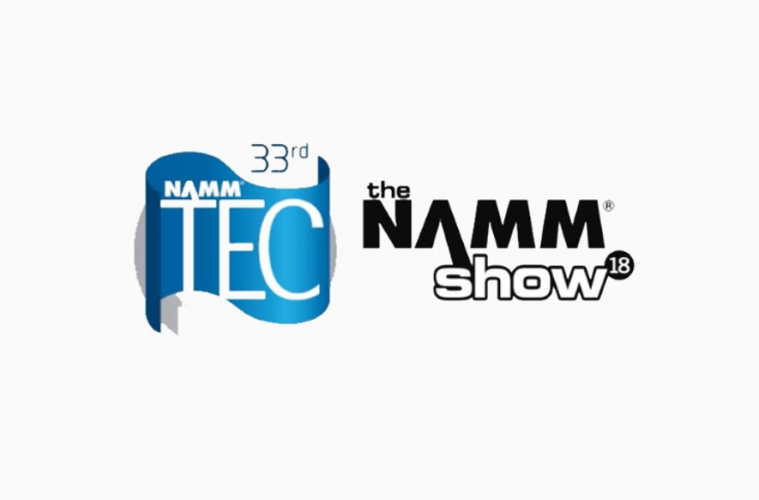 Products to Be Inducted to NAMM TECnology Hall of Fame

At the 33rd Annual NAMM Technical Excellence and Creativity Awards (TEC Awards), eight products and technologies inspired by a series of global sound pioneers will find their place in audio history, when they are inducted into NAMM’s prestigious TECnology Hall of Fame. The ceremony, and later the awards show, will take place Saturday, Jan. 27, as part of the 2018 NAMM Show.

A history lesson in breakthrough products in sound and production are included on the list, which spans a world of innovation from the late 1800s to 2000s.

The Phonautograph (1857): Initially used in the study of acoustics, the Phonautograph could be used as a visual study of soundwaves, including the measurement of amplitude and wave forms of speech or other sounds. While the Phonautograph had no playback mechanism, the product, created by French scientist Édouard-Léon Scott de Martinville, was considered the precursor to the phonograph.

The Tape Echo Slap (1954): Developed by the legendary Sam Phillips of Sun Studios, the tape echo slap offered previously-unheard echo and delay effects on many of the studio’s recordings from the 1950s which gave a new texture to popular music of the day.

The Shure Vocal Master PA was considered the “first complete portable sound system.” Featuring a combination of control consoles, mixers, amplifiers and microphones, multiple components and systems could be combined to expand the system.

Eventide introduced the 1745 digital delay, which offered two channels of independent delay from a single input. Initially designed for a Maryland-based public broadcaster, the product would offer 0 to 200 million seconds of delay through a hundred shift registers. The invention gave birth to several other models including the 1745M, one of the first uses of RAM memory in an audio product.

The Deane Jensen 990 Discrete Op-Amp redefined the op amp market in 1979. A discrete separate component, the 990 quickly surpassed other amplifiers in terms of distortion, slew rate, stability, and output drive. The 990 continues in production in its third generation 990C made by the John Hardy Company, and today, Jensen Transformers are manufactured as a subsidiary of Radial Engineering.

It wasn’t until 1992 when L-Acoustics introduced the V-DOSC, the first line array loudspeakers, and changed the industry forever. Designed by founder Dr. Christian Heil and his team, the system was based on the company’s Wavefront Sculpture Technology (WST) theory, which offered the first high-frequency device capable of creating a constant-phase planar output.

In 1998, the Line 6 POD revolutionized guitar tones with its digital amp modeler, which quickly found its way into personal and professional studios. The first of its kind, the POD was easy to use and affordable, and would go on to spawn multiple iterations, becoming a staple for guitarists in the studio or at home.

In more recent years, the 2004 debut of the Solid State Logic AWS900 forever changed what a console could be. At just 56-inches in length, the AWS900 studio console redefined the traditional console design. Featuring a DAW controller and HUI-compatible control surface interface, the AWS900 provided everything needed to record, edit and mix professional audio in a revolutionary small desk setup.

“The technological advancement that each represents was unparalleled at the time of debut,” said Carolyn Grant, NAMM Museum of Making Music Executive Director and host of TECnology Hall of Fame. “Each product was carefully selected based on a variety of factors, but one thing all the products share is that each represented a shift culturally in the ways by which many listened to and made music.”

The Hall of Fame was established in 2004 to honor and recognize products and innovations that have made a significant contribution to the advancement of audio technology. This year’s eight products were chosen by a panel of more than 50 recognized audio and sound production experts, including authors, educators, engineers, facility owners and other professionals. Products or innovations must be at least 10 years old to be considered for induction. Previous inductees include some of the earliest expressions of audio production including the cylinder recorder from Thomas Edison (1877) to more recent inventions, including Pro Tools (2001), the Neumann U67 (1960), the WahWah pedal (1966), the API Lunchbox 500 Series module housing (1985) and others.

The TECnology Hall of Fame event will take place on Saturday, January 27 at 4:00 p.m. inside the San Simeon Room at the Anaheim Hilton Hotel. The event will be moderated by Front of House magazine Editor, George Petersen, and Audio Engineering Society President, David Scheirman.

Following the ceremony, the NAMM TEC Awards will commence in celebration of companies and technical innovations behind today’s sound recordings, live sound, films, television and video games in two categories: Outstanding Technical Achievement and Outstanding Creative Achievement.  In addition to the products and projects, a recipient of the The Les Paul Innovation Award will be honored. The award is annually bestowed to individuals who have set the highest standards of excellence in the creative application of recording technology in the spirit of the famed audio pioneer, inventor, and musician, Les Paul. The Les Paul Innovation Award has been presented at the NAMM TEC Awards to remarkably-distinguished and accomplished individuals from the music industry, including such legends as Sir Paul McCartney, Brian Wilson, Stevie Wonder, Bruce Springsteen, Pete Townshend, Slash and last year’s recipient, Joe Perry.

Tickets can be purchased on site or in advance here for $65 (General Admission) or $195 (VIP). Recently announced, the show will be hosted by musician and comedian, Demetri Martin.