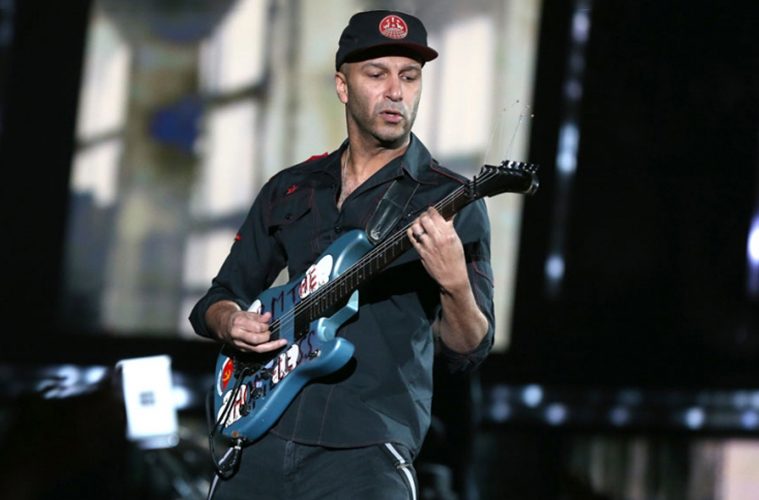 Tom Morello Working To Get Female Guitar Students Out of Afghanistan

According to a report by Billboard, Rage Against the Machine guitarist Tom Morello has released an open letter to the music industry requesting help in getting a group of young female guitar students out of Afghanistan in the wake of the Taliban’s takeover of Kabul, the country’s capital city.

Morello’s letter read, “I’m writing on behalf of some very special girls in Afghanistan who are in grave danger. [Girl With a Guitar] takes in street orphans and other girls that have endured significant trauma and uses music as a rehabilitation tool and means of working through their problems, their histories and their hopes. I’ve had the honor of collaborating with these wonderful kids. Since the Taliban takeover, their school has been destroyed and the girls are in hiding. They are at extreme risk because they are widely known to have performed Western music and have been educated by a male American teacher. Anything you could do to help save their lives would be much appreciated.”

The girls are students in a Kabul-based music education program called Girl With a Guitar, which has taught music-making to nearly 200 students since 2015. The program was founded by Lanny Cordola, former guitarist for Giuffria and House of Lords, through his non-profit organization Miraculous Love Kids, which was established “to teach the guitar to war-torn, poverty-stricken children, in particular young girls who have little to no rights and are often forced into marriage and face the most extreme forms of violence.”

As part of the Miraculous Love Kids/Girl With a Guitar program, the students have recorded remotely with Brian Wilson, Sammy Hagar, Nick Cave and Blake Shelton. In 2020, they recorded a version of the Eurythmics’ “Sweet Dreams” with Morello, The Go-Gos’ Kathy Valentine, The Bangles’ Vicki Peterson and Foo Fighters’ Rami Jaffee and other musicians.

According to Billboard, Cordola is currently in Pakistan attempting to get 12 girls, their families and his driver out of Afghanistan “because their lives are in peril.” After a mission failed to fly them out several days ago, he is pursuing other options. “We’re trying to investigate if getting them to the Pakistan border is a possibility,” Cordola said. “We’ve been talking to a lot of different people, rescue organizations. We need to get them out of Afghanistan to start a new life somewhere.”

Cordola can be reached at lcordola19@gmail.com. You can find out more about how to support the Miraculous Love Kids through the organization’s website.