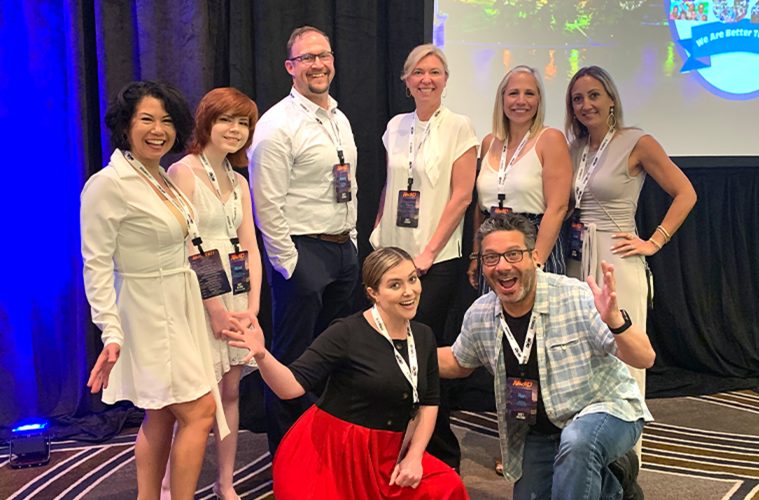 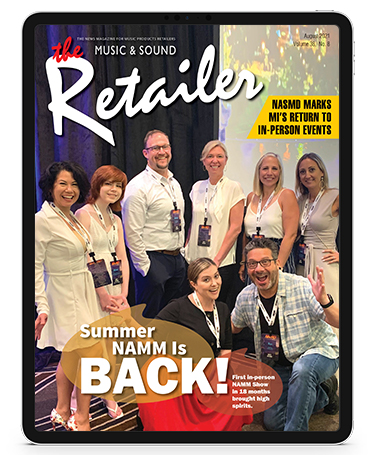 Summer NAMM is Back!

Whitney Grisaffi, president of NASMD and Ted Brown Music, kicked off last month’s event by stressing that is especially important for people to gather in person after such a difficult year.

For more than two decades, Brian Hansen has been serving the music community in and around Mt. Pleasant, Mich., first as a salesperson at Cook’s Music Shop and then, since 2002, as the owner of B’s Music Shop. It was the original owner of Cook’s Music Shop, Rob Cook, who convinced Hansen to open his own store when he was only 20 years old.

PRS Guitars has “let Jimmi take over” with the announcement of a new tone family to its lineup with PRS HX amps, which were inspired by one of Jimi Hendrix’s personal amps.

Cordoba Music Group (CMG) is a manufacturer and distributor of acoustic and electric guitars, ukuleles and musical instrument accessories. Its brands include Cordoba Guitars, Guild Guitars, HumiCase and DeArmond, which are globally distributed. Other CMG brands include Savarez and Aquila strings, of which CMG acts as primary importer and U.S. distributor to retail stores. Joining us is CMG marketing director Taylor Buck to talk to us about the company and the MI industry, plus more

Lyman Guitar Co. made a big splash at the Summer NAMM show last month. Five members of the team join us from South Carolina to talk about the company.

For a lot of MI retailers, the biggest challenge at the moment is getting inventory to sell. What a challenge that has become, states Allen McBroom.

One lesson learned specifically within the music products industry — to the delight and (sometimes) surprise of those of us who dwell in the trenches — is that people not only want to play music, but that it’s the first thing that people turn to when faced by stress, an unexpected increase in leisure time or the impetus for self-improvement, stats Dan Vedda.