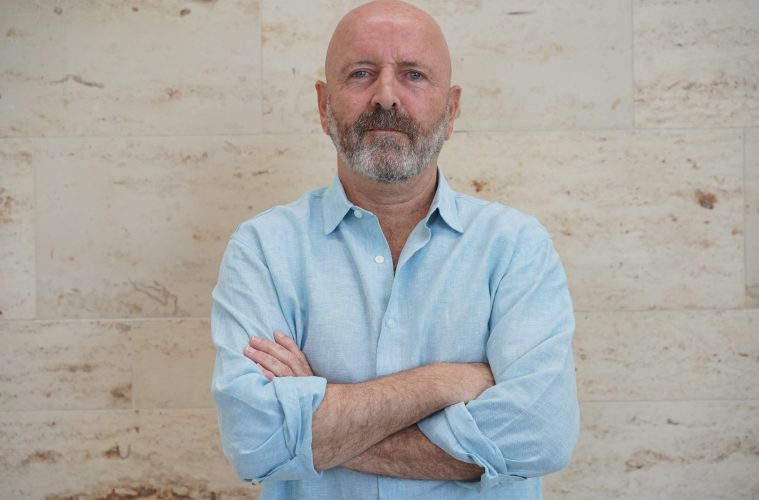 The Monster Roars Back

In the music products industry, there are manufacturers, retailers, vendors and service providers. Retailers are unlike anyone else. Fully engulfed in the trenches, experienced retailers can sense consumer shifts in attitudes and trending markets. They can perceive product fatigue long before manufacturers and big-box stores can digest the statistics. The best can turn a fledgling store into a powerhouse music haven. The worst can send a successful store into a diving descent of destruction.
Brian Reardon was considered the best. A long-time sales rep in the music industry, he anchored his experience to Monster Music, which he purchased in 2005. Within a few short years, Reardon catapulted an underachieving store into an emerging music retail force. Growing the lesson program to more than 500 students and having record sales year after year, Reardon was regularly asked to share his secrets to success with others. Monster Music initially emerged in the 1990s, located in the center of Long Island. Reardon recognized Monster had untapped potential and implemented changes that proved a turning point for the store. According to Reardon, there was a specific reason the store wasn’t reaching its potential.
“It didn’t have a purpose,” he explained.
Soon, the purpose was clear. Reardon wanted a musical community. He created it, nurtured it, and loved it. “I loved the notion of working in a creative space where I was surrounded by artists,” Reardon stated, “surrounded by people who had inspiring energy.”
So, it was a shock to those in the industry when in 2019, Reardon announced that he had sold Monster Music to Music & Arts. Citing family reasons, Reardon left the independent scene to work for the buyer. The consensus among other retailers was, “What happened? Why would someone with a successful independent store sell?”

Monster Music was at its pinnacle of popularity when Music & Arts approached Reardon to purchase the store in 2018.
All retailers experience owner’s fatigue. Business owner burnout is real, and Reardon was not immune to the fantasy of being taken care of by a corporate owner. Continued financial exposure, the pressure of making payroll, and the weight of responsibility to family and employees are crushing. “I was sick of writing checks.” Reardon reflected. “I wanted a check written to me. It was kind of impulsive.”
Reardon had a number in his head. Music & Arts met that number. He acknowledged he was isolated in the decision process, his ego got in the way, and the challenge of closing the deal was all that mattered. Reardon sold, perhaps not realizing he was selling his soul along with the business. What occurred afterward was a remarkable incident of seller’s regret. After signing the contract for sale, Reardon went to sleep as a business owner and woke up as an employee of Music & Arts.
Although working for a large corporate music store would be a stellar career move for most, Reardon acknowledged that selling Monster Music was a huge mistake. “I am sometimes seduced by the negotiating process,” Reardon explained. “I love to negotiate and get to a conclusion. I became infatuated by the notion of selling the business and having my next job lined up. Turned out to be a terrible decision.” As fantasy and reality collided, Reardon realized he was unprepared for corporate politics and ill-suited for being told what to do. And the decisions on how to run Monster were no longer his. Monsters make terrible pets…

In less than a year, Reardon was ready to quit. Soon after, Monster Music, a landmark community music store, closed its doors.

For a person who admittedly hates working for other people, hates being told what to do, and always wanted to have a shop, there was only one clear option for Reardon at this point: return to the trenches. Do what he does best. “I’m back. And I’m making things right,” said Reardon. “I always had a vision for what my store would have looked like had I not sold it.”
The space that Monster Music has occupied since the 1990s has been vacant until now. Reardon has signed a lease and is putting music back into the community, right in the spot that has been abandoned by Music & Arts. With the experience that can only come with someone who has been to corporate hell and back, Reardon knows precisely what he wants and how to get it. With support from the best names in the music product industry, he is launching his new music retail vision.
“I know I can create the community, the music community, the things that gave me the most joy,” Reardon concluded. “I can do better than last time, easier than last time.”
It appears Reardon has been given a gift. This gift is perspective. An understanding, if you will, of not only who he is, but what he is. Empowered with this knowledge, Reardon is on the move. And the music community has its sight on the reentry of this Monster in the music retail industry. Welcome back, dear friend.