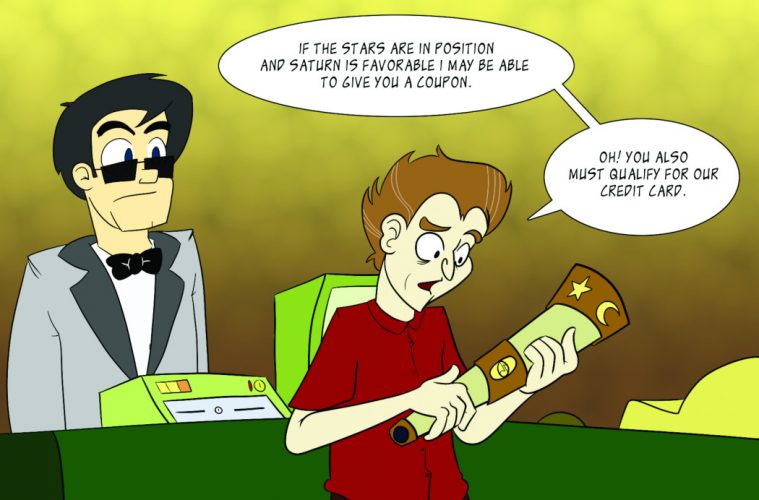 Meet Me in St. Louis

Given its extensive geographical size and population, the greater St. Louis area (which includes a piece of western Illinois) isn’t as much of a musical hotbed as one might expect it to be. Sure, there are major concerts, local clubs and some open mics, but not much of a music “business” scene, and local musicians bemoan the closures of some of the city’s music stores in the internet era. Relatively few nationally successful acts have come out of the area; there’s Michael McDonald, Nelly, Devon Allman, Chuck Berry, of course, and Miles Davis more than 70 years ago, but really not a lot of others. St. Louis does have a fine Grammy-winning symphony orchestra, and not all that many cities have classic songs written about them, like W. C. Handy’s “St. Louis Blues.” But the city is far better known for its sports teams, its architecturally awesome stainless-steel arch, and for the fact that Andrew Carnegie and company walked an elephant across the area’s first Mississippi River bridge.

Your intrepid MI Spy, though, was on the hunt for a new acoustic drum set. I figured that there still have to be a lot of musicians who need gear in a market that large, and that not everyone is shopping online. So I set about exploring the retail scene in the greater St. Louis metropolitan area, which serves a combined 2.8 million people or so on the two sides of the Mississippi. Visiting music stores from west to east, I began testing drum kits in honor of this magazine’s drum issue, mostly playing John Bonham’s famous intro to “When the Levee Breaks” and Joe Morello’s 5/4 groove from Dave Brubeck’s “Take Five” to check out the kits for flexibility and versatility (and maybe to show off my own versatility a little).

Fazio’s is located on a busy east-west suburban St. Louis street that is nothing but retail stores for as far as the eye can see. Finding Fazio’s is easy, as it’s a clearly marked building in a strip mall of sorts that’s easy to access, with pretty good parking. Upon entering the building, I was greeted by two friendly 20-something men at the counter who asked what they could do for me, and when I told them I wanted to check out some drum kits, one of the men came out from behind the counter to assist. I followed him to an open area of possibly the cleanest music store I’ve ever been in, where I found several Pearl Export kits, apparently a favorite here. I opted to try out a gorgeous, blindingly white kit, and the salesman handed me a pair of wood sticks and left me to my own devices.

I played for a few minutes before motioning the salesman to discuss details. The kit, which came with Pearl hardware and three Zildjian Planet Z cymbals — basically everything but the throne — was normally $1,325, but the store was selling it for $799.99. He said that, with that deep a discount, the $799.99 price was pretty firm, but there was a possibility that he might be able to do a match if I found a better price elsewhere — which would probably be online at Sweetwater or Musician’s Friend and not at another store in the St. Louis area. He was a nice guy, no hard sell, knowledgeable about drums, and gave me his card with an invitation to call with any questions, or to stop by and try the drums again, or try some other kits if I wanted. He was very attentive and more interested in me getting what I wanted than in his commission, and I liked that.

Fred Pierce’s name is legendary in the drum world, and his longtime shop (closing in on half a century in business) is in a nondescript house with bars on the windows in an older residential neighborhood of western St. Louis. The cachet upon my entering the shop, with drums everywhere and autographed photos of the greatest names in percussion hanging on the walls, was immediately captivating. A friendly, somewhat bleary-eyed salesman who said he’d had a late-night gig came out to see how he could help and told me to feel free to look around. The shop is pretty small and crammed, and it was tough to get an entire drum kit away from the walls to play, but I did check out what I could of a couple of interesting kits, including a cool orange and blue set of PDPs (Pacific Drums and Percussion) by DW that sounded good, as well as a two-tom Ludwig kit for $199.

I decided that I couldn’t beat $199 for the Ludwigs, even if I might require an extra drum or two. I needed to look for hardware and cymbals, and the sales guy took me into the next room to get some ideas from the store’s great selection. He talked enthusiastically, drummer to drummer, as we tested various rides and crashes and looked at hardware. His suggestions and recommendations didn’t center around what was going to make him the most money, but around how a regular guy like my MI Spy character could equip himself for a local club or Moose Lodge gig without mortgaging his house (which is possible at Pierce’s, with some really awesome high-end gear). He said he didn’t have a lot of dickering room and that much of that was up to the owner, who wasn’t there at the moment. But he was a super knowledgeable musician who had my best interests at heart.

A few minutes across the river into Illinois and north, the town of Granite City is basically just another aging industrial river town, but with a rather surprisingly artsy downtown area with cool stores that include Omega Music. I walked into the store not expecting much, but was impressed to be greeted by a well-stocked and thoughtfully arranged selection of nice guitars, like EVH and Takamine. A friendly guy in his late 20s welcomed me, and when I asked if the store carried complete drum kits, he ushered me into a room where several sets of drums were set up, as well as a kit made by Dixon Drums.

I decided to try out the Dixon kit, which was normally $833.95, but was on sale for $679.95. I was taken by its good sound and responsiveness, and I was pleasantly surprised when I started asking about the additional cost of cymbals and hardware. The salesman told me that the $679.95 price included not only the drums, but the Dixon hardware and the Sabian hi-hat, crash and ride cymbals. A sweet deal. Since they were on sale, I didn’t expect to have much luck dickering — it already seemed like a great buy — but he said that he might be able to go down a little more if necessary. He wasn’t making a desperation plea, but was just doing good business.

It turned out that the store is actually a mom-and-pop shop — indeed, Mom and Pop literally walked in and said “Hey” while their son was giving me the pitch. Overall, the store had a nice sales guy, an above-average selection of good gear for a smaller store, and the overall vibe of a business that’s there to serve the music and the customer first, and grab the money second. It was a very enjoyable shopping experience.

Only a complete bonehead on a drum shopping trip would pass up visiting a music store located on a street called Ludwig Drive.

This Guitar Center, one of three in the greater St. Louis area, was supposed to open at 10 a.m., and at 9:59, one female and one male employee opened the two entrances. The man greeting me at the main counter asked how he could help, and I when I told him I wanted to check out some drums, he happily pointed me back to the drum room, where a 20- something salesman was doing some straightening up. I spied a sharp black Yamaha kit with a price tag of $649.99 that looked like it might be worth checking out and told the sales guy I’d like to play them. He said, “Sure,” and grabbed me a pair of demo sticks. Then he said to let him know if I had any questions about anything, and wisely and politely left me alone while I diddled my paradiddles and generally thrashed about.

The kit sounded good, and I asked him if the $649.99 price was the best he could do if I offered cash. He said he’d look into it and went to the front counter. He returned a minute later to say that he couldn’t do anything with the price under normal circumstances, but he did have the option to use some kind of 20-percent-off coupon if I applied for, and was approved for, a Guitar Center credit card. Cymbals and hardware would be extra of course, but he said he might be able to work some kind of discount on those as well if I got the credit card. The salesman was a nice guy, seemed knowledgeable about the product, and wasn’t pushy or desperate for my money or to get me to go for the credit card deal — which I said I’d think about.

The guy at Fazio’s who waited on me was pleasant with a welcoming demeanor, knew his stuff about the gear and left me alone to play until I had questions.

The salesman at the Fred Pierce store was a great guy and a working musician who was sincerely interested in my needs. He genuinely was into drums and would have talked about them all day, even if he wasn’t selling them, which I loved. A store like this one can skate on its name recognition, but the salesman wasn’t trying to do that at all, which just made the store’s reputation seem all the more well-deserved.

The crew at Guitar Center was attentive, helpful and friendly, and the salesman was knowledgeable about the product I was interested in and willing to do whatever possible to help make the sale. He wasn’t as aggressive as some retail people can be when they’re trying to get a customer to sign up for a store credit card, and I appreciated it.

The winner, though, is Omega Music. This may be the best small-town music store I’ve ever been in, and musicians in the greater St. Louis area would do well to visit the place if they haven’t already. The store has a good selection of instruments (and vinyl records!) in a small space, but the service makes this place a must-shop. The salesman was a friendly guy who went the extra mile to answer questions, and my satisfaction seemed more important than taking my money. Or maybe he was just on his best behavior because Mom and Pop were there. Whatever the case may be, Omega Music comes highly recommended, and is this month’s winner.