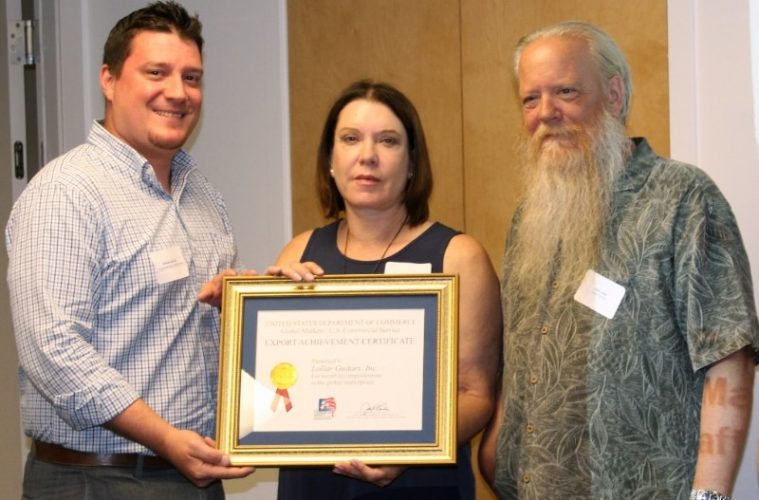 U.S. Rep. Derek Kilmer’s office honored Lollar Pickups for the positive impact exports and international activities have made on its operations and on the local community. The event was organized by the U.S. Commercial Service and the Tacoma World Trade Center to highlight the benefits of global trade.
The certificate was presented by Nicholas Carr, who is Rep. Kilmer’s district representative. The award recognizes Lollar’s expansion of exports to more than 20 percent of the company’s overall revenue for the last 10 years. Accepting the award were co-owners and co-founders Jason Lollar and Stephanie Lollar.

The U.S. Commercial Service is the export promotion arm of the U.S. Department of Commerce’s International Trade Administration; trade professionals in over 100 U.S. cities and more than 75 countries to help U.S. companies get started in exporting or increase sales to new global markets.