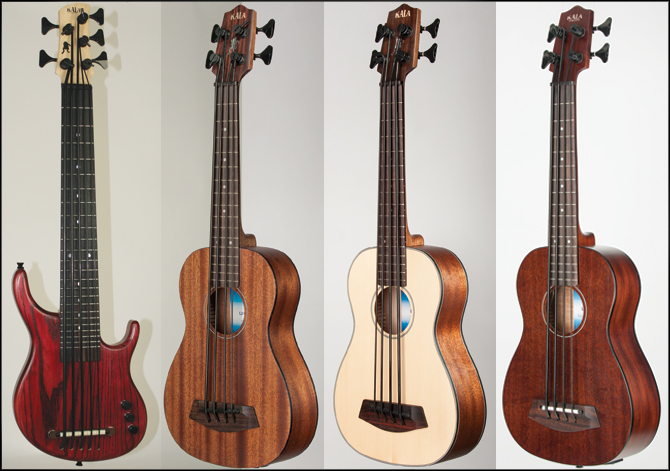 One of the nice things about the music products industry is that its members are deeply passionate about what they do. Although we are hardly unperturbed by the turbulent waters of a roiling global marketplace, music-making is something that—unlike expensive sports cars and giant flat-screen LCD TVs—people simply aren’t willing to give up just because the economy has taken a bite out of their bottom line. When you speak to music products retailers, though, you often hear the same refrain: When times are tough, as they have been for about five years now, less expensive products—particularly those that players equate with a carefree and happy vibe—fly off the shelves. The Retailer recently spoke to Rick Carlson, Director of Sales and Marketing, Kala Brand Music, to get the scoop on a product family that seems perfectly suited to our times: the U-Bass line.

For the uninitiated, the U-Bass is an extremely portable 21-inch scale bass instrument that can closely emulate the sound of an upright bass or achieve the full spectrum of electric bass tones. The mastermind behind the product is Owen Holt of Road Toad Music in San Jose CA. “Mike Upton, President of Kala Brand Music, met Owen at a luthiers festival on the Big Island in 2007, where Owen showed him this little 21-inch scale custom bass with rubber strings that he was developing,” Carlson said. “The idea was to create a very portable short-scale bass with a huge bass sound. Being a bass player himself, Mike was absolutely floored by the deep tone of this little bass when he plugged it in.” Shortly afterward, Holt and Kala established an agreement to develop a line of basses that Kala would introduce to the MI market. The deal sealed, the first U-Bass showed at Winter NAMM in 2009, and then launched in Nashville that summer.
Since U-Bass’ debut, the line has grown aggressively. The first U-Bass…