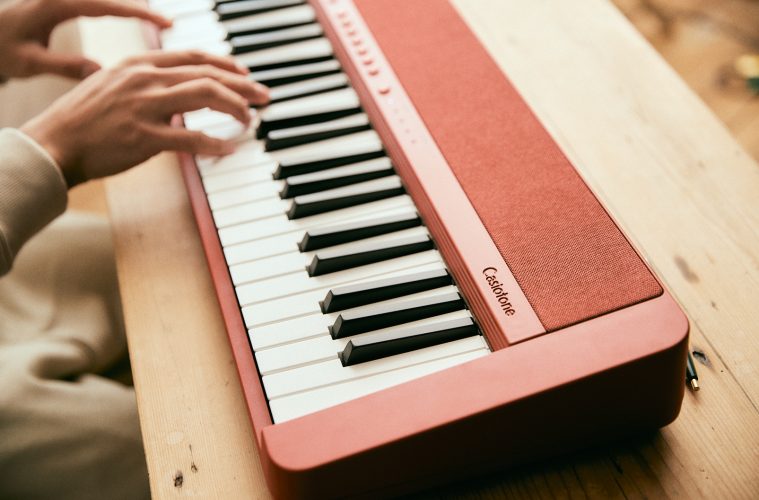 MI retailers have often said keyboards are so hot that they cannot keep them in stock. Help has arrived from Dover, N.J.-based Casio America Inc. via its release of three new Casiotone models.

Sales of keyboards are red hot right now, as consumers continue to purchase a product that is excellent for at-home use. In fact, in recent interviews the Music & Sound Retailer has conducted with retailers, we have heard a common refrain. “I wish I could receive more keyboards because I will sell them.” Well, help has arrived from Dover, N.J.-based Casio America Inc via its release of three new Casiotone models: the CT-S1, CT-S400 and LK-S450. Casio’s minimalist design, sound quality and connected features in each keyboard are intended to bring to life the company’s concept of “Make Music, Anytime, Anywhere.”

“Casio is passionate about bringing the joys of making music to as many people as possible,”  said Stephen Schmidt, vice president of Casio’s Electronic Musical Instruments Division. “Staying true to that, our new Casiotone models have broad appeal that spans generations and skill levels and are designed to seamlessly fit into users’ increasingly diverse lifestyles. Sometimes, players just want to play for the pure joy of playing; that’s what our newest Casiotone introductions will inspire.”

The new Casiotone models have a slim, minimalist chassis and design that seamlessly integrates with the style of users’ homes. Simplicity is the key — 61 keys, built-in speakers, multi-functional buttons and weighing only nine pounds. The CT-S1 is ideal for players of varying skill levels and convenient for casual play at any time, stated Casio. Ensuring a great fit in any space, the CT-S1 also arrives in three color variations, white, black and red, with a matching fabric speaker net that adds to the overall clean and simplistic design, the company added. Similarly, the CT-S400’s selection of buttons is intended to provide superior operability while featuring an LCD screen with sharp visibility.

Geared for beginners, the LK-S450 features a similarly slim profile, as well as step-up lessons and a key lighting system that guides users as they practice at their own pace. The new Casiotones have built-in strap locks to equip a guitar strap and convert the keyboard to a keytar, intended to bring even more enjoyment for the end user.

Inspired by the original Casiotone CT-201, the CT-S1 features 61 tones, with some classic Casio tones coming from the VL, VZ and CZ series. The CT-S400 and LK-S240 feature 600 high-quality tones, 200 rhythms and 160 builtin songs in addition to a diverse range of functions including auto-accompaniment. The AiX Sound Source combined with the speaker design ensures the best sound quality in its class, the company added.

All three new Casiotone models have a range of connectivity options, including a classcompliant micro USB MIDI port. A USB HOST port is available for the separately sold Bluetooth adapter (WU-BT10) that provides wireless MIDI communication and can effectively transform the keyboard into a wireless speaker. Wired or wirelessly, users can link the keyboards to Casio’s dedicated Chordana Play, which will enable them to change the tempo or key of songs being played, in addition to displaying music scores and piano roll. Players can easily hook up a sustain pedal for even more expressive play, as well as use the headphone output to practice in private.

The three new Casiotone keyboards were available for sale as of mid-May at MI retail locations.

For more from the Music & Sound Retailer, click here.