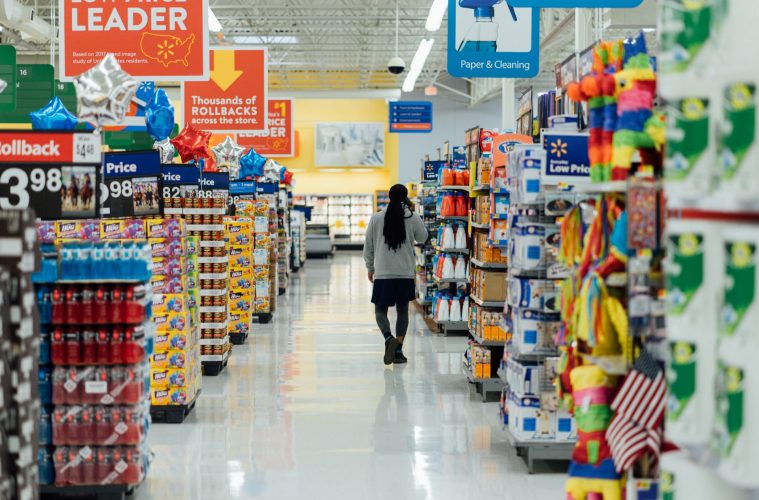 When You Only Want a Loaf of Bread

Imagine if a grocery store decided that each customer must now buy $1,000 in groceries each quarter, and until you hit the $1,000 mark in the first three months, your groceries will cost 15-percent more. Unfortunately, Allen McBroom says this is one of the travails of being an MI retailer.

Imagine you’ve just gone to your favorite grocery store. You know the store. It’s got the cool cheese shop, some gourmet bread and that really great store-brand coffee that costs less than the big-name brands. The freezer
section has the roasted pecan caramel ice cream that nobody else in town carries. You know where everything is, and shopping there is a pleasure. It’s affordable, it’s fresh, and it’s a break from the rest of the world.

All you came in for was a loaf of bread. You stand in line, and when the nice cashier scans your purchases, she asks you where the rest of your groceries are. “That’s all I need today, thanks” seems like it should be a good answer, but the cashier instead puts your selection to the side and calls a manager.

The manager explains that the store has decided that each customer must now buy $1,000 in groceries each quarter, and until you hit the $1,000 mark in the first three months, your groceries will cost 15-percent more. Also, the store now has a $75 minimum purchase policy, so you can no longer buy just bread. Would you like to add some frozen halibut to your order? That would get you to the $75 mark, the manager says, and then they can sell you the bread you came in for originally (with the 15-percent penalty charge added, of course).

You’re not sure what happened, but your favorite grocery store now seems to be operated by interplanetary visitors from a totalitarian world where the supply overlords intend to dictate all facets of your purchasing habits, based solely on an arbitrary plan designed in some dark backroom by sub-overlords who have never shopped in a grocery store themselves.

Isn’t that an absurd scenario? You’d break up with that grocery store on the spot if they pulled a stunt like that, wouldn’t you? Sure you would. A family of six may hit the $75 mark each visit, but you live alone with your dog and a goldfish. You rarely need that much in groceries.

Lucky for you, there are several other grocery stores in town, ones who are very glad to get 100 percent of what you are willing or able to spend, rather than end up with zero percent of some arbitrary buying target. What I’m describing above is an absurd situation for a grocery store. Any grocer that tried the plan described above would be out of business in short order.

Yet, our industry has companies that operate just like the grocery described above. We all get those calls or emails, the ones that congratulate us for choosing their company, and then tell us we have to spend (or schedule) $5,000 to $15,000 in the first quarter, or we’ll no longer be allowed to buy from the company (or, we’ll still be allowed to buy, but at a higher price or a higher freight charge). From the viewpoint of someone at the company, I suppose that plan makes perfect sense, but in the world of retail shops, especially smaller retail shops (the backbone of the MI industry), the company seems a lot like it is stuck in 1980, and not living in 2021.

Back in 1980, when dinosaurs still roamed the music world, there were fewer guitar suppliers, amp suppliers, piano suppliers, whatever-you-sell suppliers, and the supply companies would send reps to each retailer, and those reps would work with the individual retailer to design some plan that made sense for the company and the retailer.

The reps knew the retailer, their market and the area. They also knew the needs of the company they represented. It was in the rep’s best interest to form a plan that would serve all involved. But 1980 was a long time ago.

In 2021, there are plenty of guitar makers, piano brands and other companies who operate like the friendly grocer. They have no buy-ins (or very reasonable buy-ins), low or no order minimums, and they will shop the freight to get you the best rate. These companies also often have healthier margins than the companies who operate like the fictitious grocery store described earlier. They have a small office crew, and they will be glad to work with you to get you a look at their wares.

These friendly grocer types aren’t unicorns, they are real. The names they represent may not be household names right now, and even as a music retailer you may be unfamiliar with them. But today’s MI shopper is bombarded on social media with brand names they don’t recognize immediately; this means they are being educated to believe that there is quality outside the names they recognize. The days of having only a “big three” in guitars is gone. Today, lesser-known companies are often offering profitable margins, favorable shipping, and store-friendly buying minimums on products that hold up very well in terms of price and quality against the big names.

How do you find these friendly-grocer suppliers? I’d say start with your independent reps. Give them a call and ask, “If you were me and looking for a new line of (fill in the blank), what lines would you look at?” They may know a line like the one you’re looking for, and if they don’t, they may know who does.

We picked up a relatively unfamiliar line (we’ll call it Acme) about six months ago. For the two years prior, I had resisted my rep’s urging to look at the line. The prices and nearanonymity of the Acme line just didn’t sound like something we wanted to be involved with. Then one day, another retailer, one I respect greatly, told me point blank that, if I didn’t get on the Acme train, I was missing out on a lot of money. According to him, he’d get in some Acme product, and it would sell out in a week.

His biggest problem with Acme was keeping it in stock. Oh, and the line had a good margin and freight deals. That got my attention. We finally ordered some Acme, and it was just as good as we’d been told. I later mentioned Acme to one of my independent reps, and he told me he’d been trying to get onboard with Acme
as a rep, but his territory was already taken by (you guessed it) the rep who initially urged me to try Acme.

NAMM is also a huge research opportunity, so the next time you attend (this will happen again; keep the faith, it’s just a matter of time), take advantage of your time there and cruise all the edges of the show. The huge displays are probably not what you’re looking for. If a company can afford huge displays and lots of square footage at NAMM, they probably aren’t the next big thing you’re looking for. Instead, stop at the booths you don’t recognize. Go to the small booths, look critically at the inventory, and try to have the same conversation at each booth.

Describe your store and area; ask about margins, availability projections, shipping arrangements, discounts and buy-ins. Ask if their guidelines are flexible to meet your needs. At dinner that night, ask your dinner companions if they know anything about these booths you visited.

Chances are, you’ll find a company or two that has the groceries you like — companies that would be glad to sell you just a loaf of bread and carry your bag to the car. According to Omar Khayyam, a great relationship can start with a loaf of bread, and the good companies know that’s still a good start.