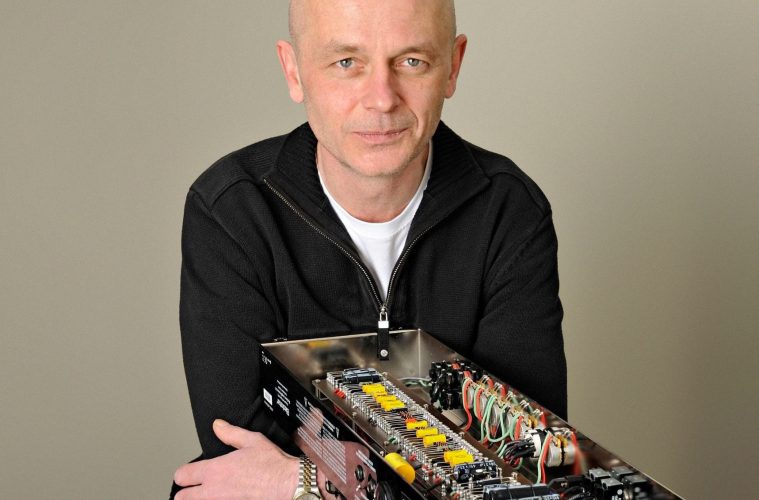 On Sept. 14, Blackstar received the sad news that its co-founder, technical mentor and friend Bruce Keir passed away. He died peacefully with his family at his side.

Bruce had been ill for some time, suffering from a form of early-onset Alzheimer’s disease.  Bruce was born in Singapore on 12 January 1961 to parents Jill and Jock.  He is survived by his brother and sister Bill and Jane and his twin children Elly and Archie.

Bruce’s father was a leading BBC radio engineer and growing up on the BBC World News relay station in Malaya afforded Bruce the opportunity (and discarded components) to pursue his passion for electronics from an early age.

Bruce’s early interest in audio and guitar electronics was inspired by his love of rock music and his older brother Bill’s successful rock band, Wolf. He gained his early valve experience working on Bill’s old Marshalls.

Bruce’s formal electronics education took place at Salford University where he would supplement his grant income back home in Cumbria, fixing local bands equipment and designing electronics for handmade bass legends Overwater. He also set up his own company, Excel Electronics Ltd from the loft of his parents’ home in Cumbria.

After graduation, Bruce moved to Milton Keynes commencing work with Marshall Amplification.  He started his career as a Design Engineer before progressing to Chief Engineer and then Design Director, working directly with Jim Marshall for several years.  During the 80s and 90s he was responsible for many of Marshall’s technological breakthroughs and leading products.

It was at Marshall during the late 90s, that Bruce met Ian Robinson, Paul Hayhoe and Richard Frost (the Four Bald Men) with whom he would eventually form Blackstar Amplification in 2007.

Bruce had an encyclopaedic knowledge of all aspects of electronics that cut across the traditional boundaries of solid state, valve and digital technology.  He advocated a “proper engineering approach” that contrasted with the “guruism” that is often prevalent in guitar amp design – Blackstar adhere to these values today.

Bruce was extremely generous with sharing his knowledge and has mentored many up-and-coming electronics engineers including Blackstar M.D, Ian Robinson and Technical Director, Laurent Veignal.

Bruce designed all the original Blackstar products including Artisan, Series One and HT Pedals with me in Ian’s garden shed in Northampton.  Bruce was the technical driving force behind all these designs which led to three patents.  He also designed the original digital algorithms that became ID:Series and is the foundation of our digital strength today.

As well as business partner and mentor, Bruce was also a very close friend and played bass in a band with the founding Blackstar team (including Marketing Director Joel Richardson) for years.

Over the years, Bruce has been an inspiration to many, many people and those who met him will remember the warmth, humour and gravitas of a truly unique individual.  Blackstar will make sure his legacy is remembered, protected and strengthened.

The funeral service for Bruce will be held at St John’s Church in Plumpton, Penrith, Cumbria, CA11 9PD at 1pm on Sept. 28, followed by a short committal service at Temple Sowerby Crematorium, CA10 2AG. There will be a wake at the Edenhall Hotel, CA11 8SX. As a celebration to Bruce’s life there will be Guinness on tap for all! For further details please contact: jane.keir@btinternet.com

Bruce’s family and Blackstar have requested no flowers, but have set up a Just Giving page for donations to the Alzheimer’s society. Please donate through this link: https://www.justgiving.com/fundraising/brucekeir

You can leave your tributes, stories and experiences of your time spent with Bruce here: https://www.mykeeper.com/profile/BruceKeir/