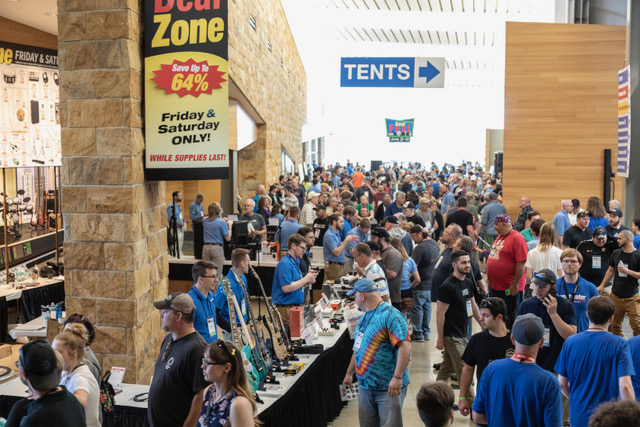 Sweetwater’s GearFest 2019 on June 21 and June 22 attracted the largest crowds ever in the event’s 18-year history. Attendance was up 13 percent compared to last year, with more than 17,000 people gathering at the Sweetwater campus on U.S. 30 in Fort Wayne, Ind. Nearly all 50 states were represented along with several countries including Denmark, Japan and India.

“It is humbling and rewarding to see how GearFest has grown over the past 18 years,” said Sweetwater founder and CEO Chuck Surack. “We are always excited to bring our friends together to share our passion for music. One of my favorite parts of the weekend is personally greeting thousands of our customers at the front door as they arrive. I’m always blown away by their enthusiasm.”