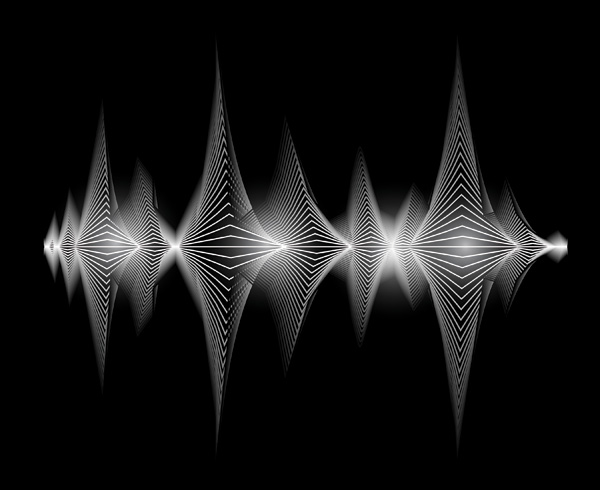 Radio Frequency (RF) spectrum is the lifeblood of wireless technologies of all kinds, and it is a finite resource. Since the 1970s, the FCC has allocated spectrum in the U.S. for wireless microphones and related audio equipment primarily in the ranges (bands) dedicated to over-the-air television. The explosive growth of wireless products and services across a variety of industries—along with the changing business model and technology of television broadcast—has resulted in a dynamic landscape for wireless microphones in recent years. Manufacturers have watched the changes closely, participated in the regulatory proceedings and adjusted their product offerings accordingly. For retailers, keeping up with FCC actions can be challenging, but, ultimately, it can be time well spent in order to plan your business with minimal disruption.

Most wireless systems sold at retail are used on an unlicensed basis, using low-power transmitters to share spectrum with high-power TV broadcast stations. By tuning to locally available open frequencies in between TV stations, wireless microphones operate on a “secondary” basis, which means they are not to interfere with—and must accept interference from—the primary service. Unlicensed operation (under FCC rule Part 15) also means that the device must accept interference from other similar devices. Licensed wireless microphones (FCC rule Part 74) have priority over Part 15 operators.

Historically, both licensed and unlicensed operations have coexisted with each other peacefully, with neither resulting in interference with over-the-air broadcast television. This history of successful cooperation kept visibility of wireless microphones relatively low at the FCC, which has resulted in a need for increased advocacy efforts to protect current and future operations in the face of an explosion of new wireless devices.

In the past couple of decades, we have seen huge growth in the use of wireless consumer technologies, with the smartphone and tablet computer most recently creating a “spectrum crunch” in the eyes of policymakers and service providers. The quest for additional bandwidth resulted in the loss of 698MHz to 806MHz for wireless microphone operation following auction of large portions of the “700MHz band,” which was made possible by completion of the transition to digital over-the-air television broadcasting (DTV) in 2009. Accordingly, sale and operation of 700MHz wireless microphones in the U.S. was deemed unlawful in mid-2010.

Today, spectrum in the 600MHz band faces a similar fate, albeit with a much higher number of variables than the DTV transition and 700MHz auction. To create more space for mobile broadband services, an “Incentive Auction” was mandated by Congress, with TV stations being given the opportunity to vacate their spectrum in exchange for a share of the auction proceeds. Bidding will be dominated by the large telecommunications firms, such as AT&T, Verizon, Sprint, T-Mobile and others. After the auction, remaining broadcasters will be “re-packed” into lower UHF frequencies, with the highest frequencies below 700MHz being licensed to telecoms. It is predicted that anywhere between 42MHz and 144MHz of spectrum will be repurposed through this process, with lower frequencies becoming more crowded after re-packing. The FCC has created post-auction band plans to cover all possible scenarios in this range.

Although these changes will invariably have an impact on users in the affected frequencies, the Commission is making a concerted effort to retain as much spectrum for wireless microphones as possible. This is not an easy task, as the UHF band is highly desired spectrum for a variety of uses. In the recently approved Incentive Auction Report and Order, the FCC committed to designating one UHF channel (6MHz) for shared use between wireless microphones and new unlicensed TV band devices (also known as “white space” devices). In addition, there will be areas called the “guard bands” (7MHz to 11MHz) and “duplex gap” (11MHz) next to the auctioned spectrum that will also be available. Thus, many 600MHz-range wireless systems will still be usable even after the auction and band restructuring is completed.

The schedule of the current proceedings gives MI retailers and manufacturers time to react. The Incentive Auction is slated to take place in mid-2015, followed by a 39-month transition period for the re-packing of DTV stations. Wireless microphones will be allowed to continue operating in the reallocated spectrum until the auction winners commence service. It is worth noting that the Incentive Auction is a highly complex endeavor—never before attempted anywhere in the world—and that, despite careful and extensive planning by the FCC, external factors could impact the timetable outlined in the Report and Order.

Perhaps the most significant variable is the size of the auction itself. Because broadcaster participation in the Incentive Auction is voluntary (and with confidential asking prices), the amount of spectrum that will be awarded to new licensees will not be known until the auction actually occurs. Thus, the specific band plan that the FCC ultimately adopts from its variety of options will not be published until the second half of 2015, at the earliest. This, of course, can create some challenges for long-term inventory and SKU planning for retailers. At this time, however, the following points can provide some guidance:

Fortunately, although the exact outcome of the Incentive Auction and new rules for operation in the UHF band are not fully visible right now, all signs indicate that wireless will remain a vital, growing product category in our industry. To that end, as part of the Incentive Auction Report and Order, the FCC has indicated that it will pursue exploration of additional frequency bands for long-term operation of wireless microphones. This initiative is driven not only by the increased demand for the spectrum we currently use, but also by the recognition of “the important benefits provided by wireless microphones in performances and programs in theaters, classrooms, lecture halls, houses of worship, stadiums and other venues.” This exploration will eventually lead to exciting new products and technologies designed to meet the growing market for wireless audio in all these environments.

The wireless ecosystem is indeed exploding. Having the benefit of decades of experience in manufacturing and distribution of RF wireless products, the leading suppliers are working diligently both in public policy forums and in R&D efforts to help shape the future for the category. By presenting a united front and rallying support from key users, we have succeeded in raising the profile of wireless microphones with the FCC, which undoubtedly will be beneficial to the industry in the long run.