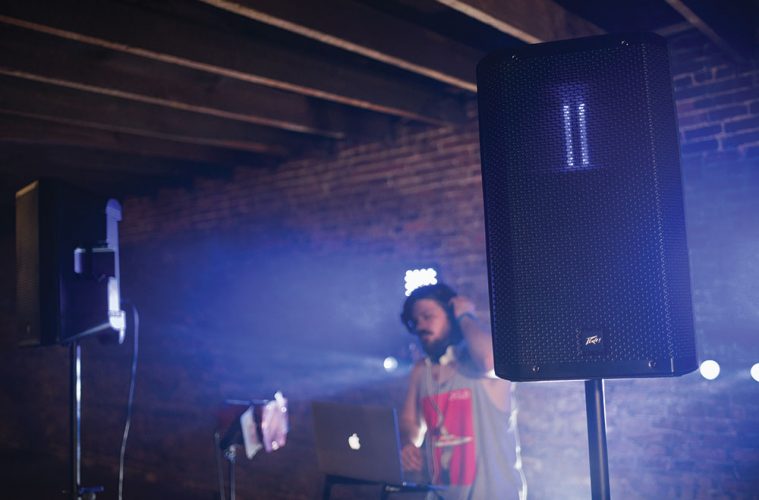 Peavey Electronics is a company that needs no introduction to MI retailers, having been a leader in the marketplace since the company’s founding in 1965. Its first entry into the speaker and sound-reinforcement arena came in the early 1970s with its field-replaceable Black Widow speakers, and the company continues to this day with the release of the 1,500-watt RBN 112 speaker enclosures and RBN 215 powered subwoofers—both part of the company’s RBN Series.

“Our goal with the RBN 112 and RBN 215 was to produce something that didn’t exist: portable, studio-quality sound at concert volume levels that would punch you in the gut on the lowest of EDM tracks,” Courtland Gray, Peavey Electronics’ COO, said. “Peavey products are designed to be used all night, every night, and not just in ‘music store demo mode,’ meaning the unit sounds OK in the store at low volumes, but won’t perform as customers expect it should when they get it in the real world.”

The inspiration for the RBN products came from Peavey’s Versarray speaker line, which successfully uses ribbon tweeters. “Compression drivers are loud, but they tend to be harsh and, by their very nature, distort the signal. The solution to this problem was to use a ribbon,” Gray said. He explained that ribbons had been used for years in high-end studio reference monitors. “Nothing matches the distortion-free characteristics of a ribbon driver,” he declared. “The ribbon’s planar surface and low mass create crystal-clear high end that no compression driver can match.”

Peavey’s proprietary, 120-millimeter, true ribbon, high-frequency driver is a key component in the RBN Series, making it “extremely versatile,” according to Gray. “Although the power of the RBN Series lends itself to the largest of clubs and modern churches, the ribbon driver reproduces amazing acoustic guitar and it has incredible vocal clarity. This makes it at home at an acoustic gig, jazz club or traditional church. It has multiple flying points for fixed installation, and it’s also a great speaker for a DJ who just needs a sub and a stick to fill a room.”
To match the performance of the ribbon driver, as well as to meet SPL and bass-response requirements, Peavey created the RBN’s speaker from scratch. That’s something the company has done since the 1970s when, according to Gray, “we found the speakers we were buying from well-known suppliers wouldn’t hold up. So, we started to make our own.”

Something else that sets RBN Series enclosures apart from the competition is their incorporation of modern digital signal processing (DSP), which, Gray said, “provides both better components and better overall behavior.” He continued, “Our advanced 96K DSP is more than just preset EQs. Our DSP handles loudness compensation and psychoacoustic bass enhancement, and offers enough delay to time-align a set of speakers up to 160 feet away from the main system.”

When pointing out key features of the models, Gray noted that RBN enclosures feature an internal temperature monitor, combined with a variable-speed cooling fan. In addition, he stated, “The setup wizard makes the speaker system completely user-friendly, with internal presets built into the DSP. This allows users to quickly select the speaker’s application or orientation via the LCD display on the rear of the enclosure, next to the power amp VU meter.” RBN models also come equipped with bass enhancement and auto-off power down.

Among other features found on the RBN Series enclosures are two XLR/quarter-inch combination inputs, a 3.5-millimeter input and a mic/line level selection. Each input features digital infrasonic high-pass filters, a nine-band graphic EQ and delay. Each output features a sophisticated compressor/limiter and fourth-order high-pass/low-pass filters for crossover function and external subwoofer incorporation.

The process of building the RBN 112 and RBN 215 was particularly involved, as all aspects of the product were developed in-house. “Our engineers were developing the power amp, the speaker and the physical design, as well,” Gray explained. This was particularly true of the RBN 215 subwoofer, which, Gray said, is the first powered compact enclosure to deliver full power