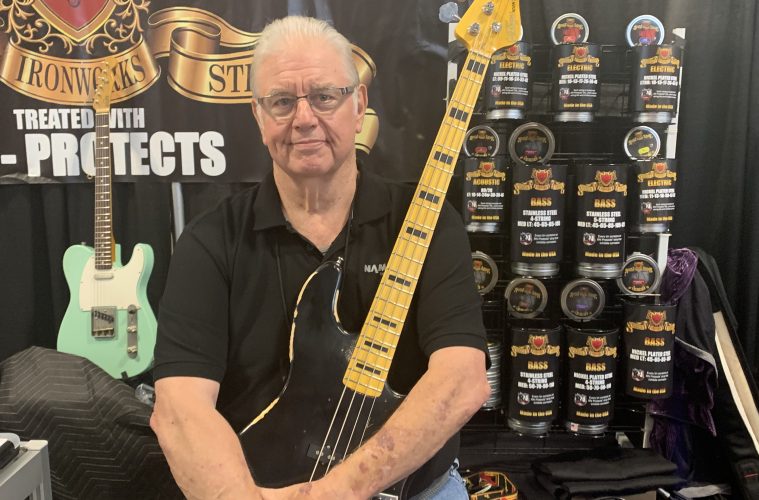 When it comes to strings, competition is fierce, with several well-known and respected companies in the marketplace. Hence, to enter this field, you need to be different.

Carbondale, Pa.-based MJC Ironworks, named after owner Michael J. Connolly — well known for his work at Dean Markley, where he was known as the “string guru” — believes it is truly different. Connolly designed most of the bass strings offered by Dean Markley over the years. He also served as director of artist relations for the northern California company. Joining Connolly at MJC Ironworks is Gordy Wilcher, known in MI as former owner of Owensboro Music in Owensboro, Ky., as well as a former NAMM executive and one of the key cogs of the iMSO group.

Wilcher had several opportunities in the past to work for a manufacturer, but has turned them down to focus on his store. However, the national and international sales director for MJC Ironworks said he just couldn’t pass up the opportunity to work with the company.

“I was in retail for 46 years,” Wilcher told the Music & Sound Retailer. “The landscape has totally changed. I still love the industry, but perhaps I didn’t adjust to the changes fast enough. I look at [MJC Ironworks] as an opportunity to stay in the industry in a different role. I loved going into a retail store every day for 46 years. But the winds of change are strong. I felt I needed to go in a different direction.”

But why did Wilcher choose MJC Ironworks? “I was a big Dean Markley reseller,” he replied. “So big, in fact, that they once offered me a job there. Michael and I have long been friends. When he decided to start MJC Ironworks, he wanted me to be a part of it.”

“We are only three or four years old,” Wilcher continued. “We are bootstrapping everything. We are trying to get our feet in the door with the established guys on the wall. We are trying to do something unique. We make premium-quality strings with a proprietary treatment. We have our own core-to-wrap wire ratio we believe is better than competitors. And we have the most interesting packaging in the industry.”

Despite unique technology and packaging, Wilcher stressed MJC Ironworks products are something the everyday working man can afford. This includes its Acoustic Guitar Phosphor Bronze strings, which the company debuted at Nashville’s Summer NAMM show in July. “It has a new treatment. We are trying to get deeper into the acoustic guitar market,” Wilcher stated.

As far as packaging goes, MJC Ironworks strings comes housed in what the company calls “cool” tins, with custom displays available for these tins for retailers who make a qualifying order, stated Wilcher. Although the tins are more expensive than some competitor products, MJC Ironworks believes they are worth it for several reasons, including fewer environmental influences that could commence the corrosion process. “We can guarantee that our product will not start the corrosion process until the package is opened, and Mother Nature [then] takes over for up to two years,” the company stated. “So, the tin not only looks cool, it serves a function.”

Regarding MJC’s relationship with MI retailers, Wilcher believes his own retail experience, as well as his work with NAMM and iMSO, will provide an advantage. “Many retailers know how trustworthy I am,” relayed Wilcher. “They know I wouldn’t try to sell them a product I truly didn’t believe in. I think 46 years in the industry gives me an edge. Plus, I know the product really well. I hope at this time next year we will be available at [MI stores] nationwide and worldwide.”

Wilcher added a distribution deal is possible to get MJC Ironworks to the finish line, but he stressed that no matter what, the company wants to be independent-retailer friendly.

“That’s the goal,” said Wilcher, adding that he emphasizes how the strings are made and the quality of the core wire as selling points when discussing MJC Ironworks products with independent retailers, including Acoustic Guitar Phosphor Bronze. “We also treat the core wire with our own exclusive treatment. It is very effective for long life of the strings. It gives it a bit of a different feel, but it should last longer than a generic string.”

In addition, another selling point is that consumers will not see MJC Ironworks products flooded all over the internet. Big-box chains also do not sell the strings at this time. “So, we are providing independent retailers with a unique product that they don’t have and is profitable,” concluded Wilcher.