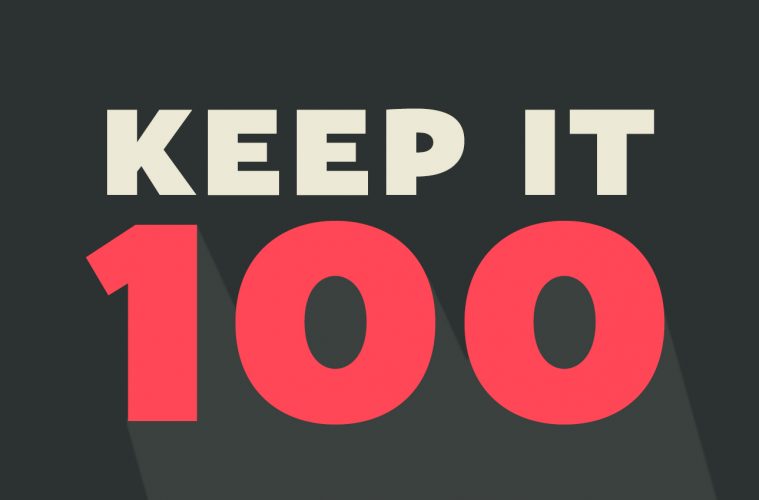 Keep it 100. That’s what the cool kids say nowadays when they are saying something that is 100-percent real, unfiltered, sometimes brutal, truth. If you haven’t read the first two installments in this series, it’s worth checking them out before going further. You can find them by visiting the issue archives at msretailer.com or my author page at msr.io/2wbQ4v3.

I have heard from so many of you that have read the first two articles in this series, and we have really struck a nerve here. Apparently, I am not alone in my struggles, and as the old saying goes, misery loves company! I told those who have reached out to me that this series has probably been the easiest thing I’ve ever written. However, it has also been the hardest to allow to be made public. Dealing with your struggles and failures in a public setting, where your peers (and competitors) can see your fears and flaws, is a daunting task. But by bringing these issues out into the open, you find they aren’t that scary and they can be dealt with. However, like all monsters, it’s best to engage them one at a time so that you aren’t fighting the entire horde.

In the previous articles, I talked about why we do what we do. I laid bare how I had lost my passion, despite the outward signs of success, and what I was doing to get myself (and by extension, my company) back on track. Today, we will dive into another one of my negative obsessions: COMPETITION.

Don’t get me wrong, being competitive as a retailer is a strength. However, I’m reminded by something a previous employee once told me: “Oftentimes, your greatest strength is also your biggest weakness.” Boy, was she right.

For my entire career in the music industry, I’ve been the underdog. Never as large, smart, organized or well-capitalized as my local competition. However, I’m quick to adapt, and I believe Pablo Picasso said it best: “Good artists borrow, great artists steal.” So, I would analyze my competition, and adapt what they were doing that was working for my business.

A little of this isn’t a bad thing. It’s a quick way to get up to par. However, it can quickly become an obsession, one in which you are more focused on your competition then you are on your customers — a fatal flaw. Doing this also robs you of building your creative muscles. Many people think they aren’t creative, but this is a farce. All humans are creative. It’s just that some have invested more time developing that skill than others.

I didn’t realize how out of bounds my obsession with competitors had gotten until something scrolled across my Facebook timeline. A customer, who was a band director for one of our largest and most successful programs, posted a meme that read: “If you continuously compete with others, you become bitter. But if you continuously compete with yourself, you become better.”

At first, I did what most of us do. I smiled in acknowledgement of this simple truth, liked his post and kept scrolling. As I was scrolling, those words kept resonating in my head. I went back and read it again. There is a lot of truth in this phrase. I saved the picture and made it the wallpaper for the lock screen on my phone. (I do this for things that I want to continue ruminating on.)

It was clear I needed to change my thinking, pronto.

I started by purposefully, intentionally, changing my internal dialogue about my competitors. It was my obsession with them that dragged me down this rabbit hole, so starting there seemed logical. I started by respecting what they had accomplished. Sure, they have a different philosophy on how and why they run their businesses, but they had all done a very good job, and I should respect that. Our differences are what make us unique, so that each of us would naturally appeal to the many different types of customers.

In staff meetings, I would no longer trash the competition. I would acknowledge their successes, but stay focused on the things we believe. When employees would bash them, I would advise them that we have to respect what they have done and move forward.

Now, I look at the new things our competitors do and I’m in awe of their creativity and execution. Their successes inspire me. While every business needs an enemy to rally against, it need not be your competition. There are larger, more worthwhile, things that deserve your focus. Don’t get me wrong. This is a conscious choice I’m making. My instinct is still to get bitter. (We are, after all, keepin’ it 100.)

Now, I’ve never had a hard time appreciating my customers. But it was hard to appreciate and respect my competitor’s customers, especially when they might have chosen the competitor over me. Rather than assume they made a mistake (“Surely, they don’t know what they are missing,” I would think), I had to respect that the competitor was reaching them and meeting their needs in a way that I wasn’t, in a way that they preferred. You just can’t win ’em all.

With coworkers, I would often feel that they just weren’t doing enough. That their lack of commitment was why we didn’t always win. In reality, I had failed to lead and inspire them in the way in which they deserved. I hired good people, but I wasn’t doing what I needed to do to develop them and push them to be the best they can be. To “keep it 100,” this is an area I’m still working on. It’s an area that you will never be done improving. You can never do enough to inspire, lead, motivate and teach your people. You need to appreciate the gifts and efforts that your coworkers give to your business, while at the same time leading them to new levels of achievement and creativity.

Finally, I had to forgive myself. When you have as many shortcomings as I do, it’s easy to get down on yourself. I was doing the best that I could do at the time. But once you know better, you need to do better. That’s where I’m at today.

So take a look at yourself and see if any of these things are present inside of you and your business. And if they are, choose today to start viewing your competition, your people, your customers and yourself in a new light.

I’d love to hear your thoughts. Reach out to me: donovan@springfieldmusic.com. But remember, keep it 100.