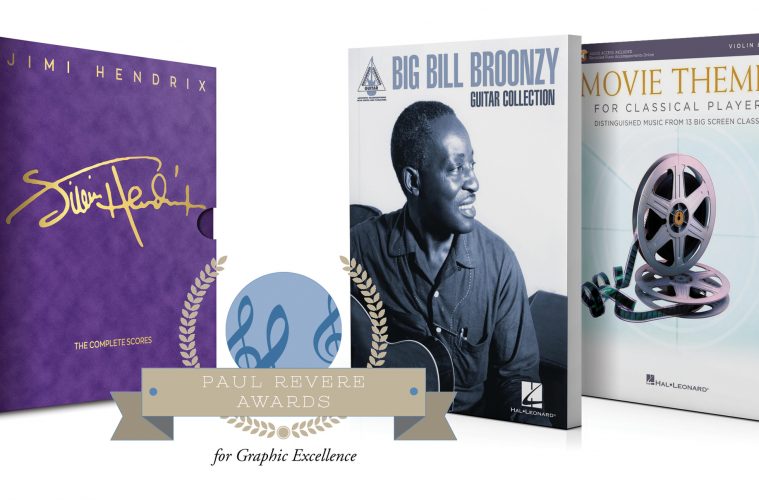 Presented by the Music Publishers Association of the United States, the Paul Revere Awards recognize outstanding examples of graphic design, with an emphasis on usability for orchestras, educators, libraries and individuals. The 2019-2020 winning titles were delayed due to the pandemic. However, winners were announced via an online ceremony on April 1. Hal Leonard won three first-prize honors in three different categories.

Established in 1964 in honor of the 200th anniversary of the first music engraving in America by silversmith Paul Revere, these awards initially served as a means of alerting the music industry to the advantages of providing the best possible publication from the viewpoint of engraving, graphic arts and production standards.

“We love seeing our employees honored for being the best at what they do,” Hal Leonard executive vice president, Jeff Schroedl, said. “It’s nice to see their commitment and dedication to printed music recognized and rewarded with this long-standing tradition.”