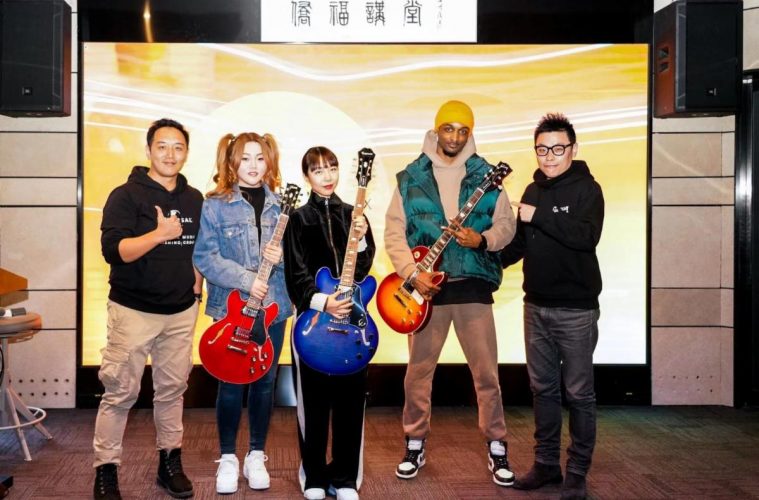 Gibson has formed a full-scale partnership with Universal Music Publishing Group (UMPG) — the world’s second largest music publishing company — in China and Hong Kong. With a catalog of more than three million songs and offices in 46 countries worldwide, UMPG is part of the Universal Music Group, a subsidiary of Vivendi and Tencent.

Through this partnership, Gibson will offer tailor-made support for artists, songwriters and producers in China. First up for 2021 are the UMPG songwriting camps and artist events. Gibson has outfitted UMP China’s professional recording studios in Beijing and Shanghai and UMP China marketing and social media will work closely with Gibson in expanding social media reach via joint promotional social campaigns and artist content launches regionally and globally. UMPG and Gibson are committed to supporting charity campaigns and causes that serve the music community, from forthcoming opportunities with major content sites such as Tencent, Tik Tok and Bilibili, to promoting respective artists’ charitable efforts globally and regionally throughout Asia.

“We are very excited about the emerging partnership between Gibson and UMPG China to further our support for musicians and for the broader music community in China,” James “JC” Curleigh, president and CEO of Gibson Brands, said. “We have amazing momentum around the world, and now we have an incredible opportunity to take this momentum to another level with our new partnership in China.”

“I’m excited to announce that UMPG China will be partnering with Gibson, the number one guitar brand in the world,” added Joe Fang, managing director of UMPG China. “With Gibson’s support, we will now have the chance to jointly promote emerging artists, support music education, and create causes for music education and charity events.”