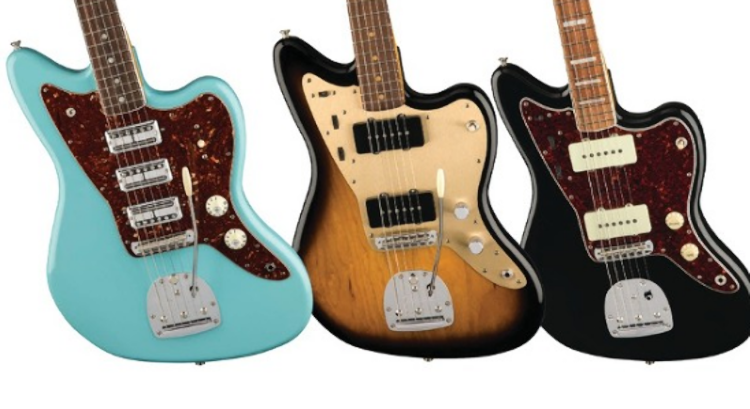 According to Joey Brasler, vice president of product development, Fender electric guitars and basses, the recreation of these classic Fender guitars, as well as all other models, is a testament to the genius of Leo Fender. “Whether it’s Keith Richards or Eric Clapton speaking, or any of the other players who has ever embraced a Fender as the guitar they spoke through, they will say and have said that Leo got it right the first time,” he stated. “Leo once said, ‘Musicians are angels, our job is to give them wings.’ That’s how he truly felt.”

To recreate the Limited Edition 60th Anniversary models, Fender studied every spec of the original guitar, noted Brasler. Its research and development team then created new drawings that provide the blueprint to build a true vintage guitar. “We create anew knowing exactly what went into the vintage guitar,” he stated. “They are essentially hand-built. We still use nitrocellulose lacquer in all of our factories. We still have many of Leo’s original machines that we use to make bridge parts and pickguards. In making a reissue guitar, we are still using true vintage parts as the factory would have made them in the ‘50s and ‘60s.”

Getting back to the original Jazzmaster, Brasler revealed that in the mid-1950s, there were a lot of musicians already playing Telecasters and Stratocasters. “We all know why,” he said. “They had futuristic body designs, they looked great on stage and offered great sound. But one style of music was still ruled by the mellow sound [you get from] hollow and semi-hollow body guitars. That was jazz. Most jazz musicians of the day were playing expensive hollow-body guitars. Fender decided to build a guitar just for jazz players. Starting with a clean sheet of paper, Leo designed a sweet new offset body shape that was really comfortable to play while seated. He created a new pickup that covered a much wider area of the string, which produced a more mellow, jazz-like tone. … Also, for the first time, he added a rosewood fingerboard to a Fender guitar. In 1958, Jazzmaster launched as Fender’s top-of-the-line electric guitar.”

Surprisingly, however, Jazzmaster did not find its core audience with jazz players. Instead, burgeoning country and rock-and-roll musicians were fascinated by the guitar. That’s because the Jazzmaster was a great-sounding rock-and-roll guitar, completely different than the Telecaster or Stratocaster, Brasler told the Music & Sound Retailer. “Kids loved it. And over time, surf music became big, and that was the sound of the Jazzmaster. So, while it wasn’t embraced by the exact audience Leo intended, it certainly found a new, younger audience who loved it.”

Whether musicians, collectors or both are the ultimate purchasers of these new Jazzmasters, Fender certainly hopes its 60th anniversary models will also find an audience who loves them. “There are collectors who would buy it,” said Brasler. “But it will be a blend of [musicians and collectors] buying these models because they are so much fun to play. Customers know that when something is limited edition, they need to get it when it’s available. Whether you buy it because you want to play it, go on stage with it because you love what it looks like, go to rehearsal and show it off to the other guys in the band, or keep it in its case for 20 years, you feel pride in owning a piece of history, and an anniversary guitar really accentuates that pride.”