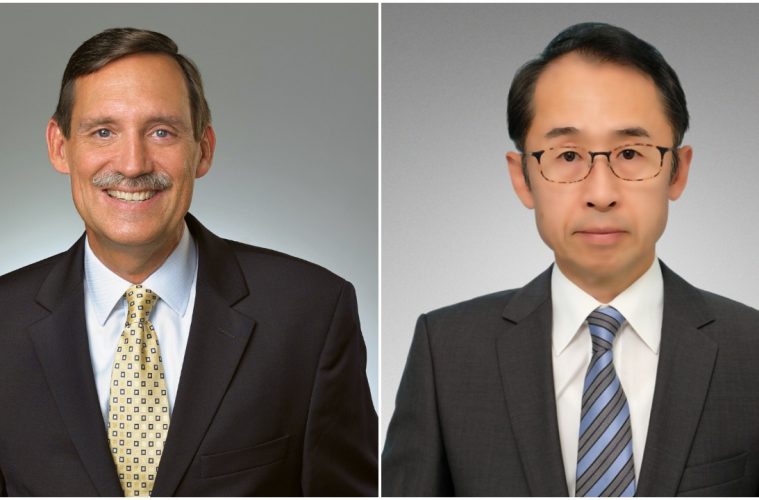 Audio-Technica’s Cajka to Retire After 25 Years as CEO; Replaced by Manabu Aoki

Audio-Technica (A-T) announced that Audio-Technica U.S. president and CEO Phil Cajka will retire March 31, after being with the organization since 1981. Cajka, who has led A-T U.S. since his appointment as president and CEO in 1996, has continually advanced Audio-Technica’s position in the industry with unprecedented growth, launched groundbreaking products, increased A-T’s dealer network, led the company to expand into new markets and guided the company’s participation in numerous high-profile industry events, stated A-T.

Effective Aug. 1, Manabu Aoki, who held the position of Audio-Technica Corp. Japan general manager, International Division, became the new A-T U.S. CEO. Cajka, who over the years has had a close working relationship with Aoki, will remain as president until his retirement, to help ensure a smooth leadership transition. Prior to joining Audio-Technica, Aoki served as President of JVC Professional Europe Ltd. and vice president of JVC Europe, headquartered in London, UK.

Cajka joined Audio-Technica in 1981 and was appointed president and CEO in 1996, a position he has held up until today. During his tenure, Cajka saw Audio-Technica U.S. introduce innovative market-driven products, creating initiatives to further strengthen Audio-Technica’s brand name equity and position in the industry while more than doubling the company’s size, building strong customer relations, and expanding the company’s footprint in the U.S. During this time, A-T kept its focus on technology, quality and customer relations, establishing the next level of customer service with A-T’s Audio Solutions Department, a resource for dealers and end users seeking clear technical or product advice and application assistance.

“Exemplifying a true leader, Cajka treated everyone on the A-T U.S. team with the utmost respect, from managers whom he had worked with for years to the newest employees. This philosophy became a mindset among A-T management and staff and to this day is a major part of A-T’s company culture,” stated A-T.

“Audio-Technica has been one of my life’s passions, and I am honored to have worked with everyone at A-T U.S. and our parent company in Japan. I am extremely proud of what Audio-Technica now stands for, and I am preparing the company for its next phase of growth,” said Cajka. “I am very confident in our management team, and having worked with Mr. Aoki for years, I know he is the best choice to lead the company into its next chapter of success. After being with A-T for almost four decades, this is the right time for me to pass the baton and move forward to the next chapter of my life.”

The Music & Sound Retailer interviewed Cajka in March 2016. We asked at the time what has kept him motivated for 35 years at the company and 20 as president and CEO. “The thing that has really kept me passionate about my work throughout that time is my love of music,” Cajka answered. “Over the years, I have had the great fortune of meeting and talking with a number of very talented artists, engineers and other audio professionals. It’s always fascinating to hear them discuss their work, to observe them working and to see the role Audio-Technica products play in their creative process. Seeing how A-T is valued by these people motivates me not only to ensure that we maintain the high-quality standards of our products, but also to innovate and introduce the next line of products that can have a positive impact on the music and audio industries. No one was ever going to invite me to be their session drummer, but I’ve found another way to contribute. It’s something for which I’m forever grateful. There’s just something special about being part of an exciting brand like A-T. Working with the people here and our customers … it never stops being fun.”