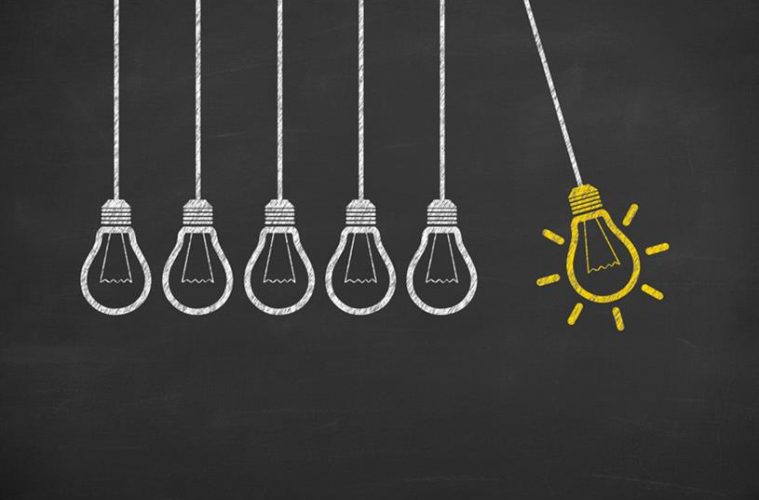 Disruption. We hear about it in every industry, and if you’re not a consumer, it can be scary. Unless, of course, your business is part of the disruption. Then it’s exciting, potentially lucrative and empowering. Whether it’s the Amazon Whole Foods purchase or the waves of “Uber-for-whatever” startups, no industry or process seems immune from a shakeup.

We’ve certainly had our share of turmoil in MI, mostly in the form of channel disruption. Big-box chains versus mom-and-pop, internet versus brick-and-mortar, and dealer versus direct-to-consumer sales have caused dramatic changes in the makeup of the industry — and arguably, some improvements. I think our (surviving) physical stores are better managed and merchandised. There is a greater diversity in brands and products. Most of all, we can now sell a decent product at an entry-level price attractive to the newbie consumer. The opportunity to grow new music makers has never been greater.

Yet, despite disruptions, improvements and opportunities, we’ve only faced echoes of the challenges that have transformed our economy at large. Any product sold on Amazon has been part of this. Any task we do on a smartphone has disrupted the previous version of that task. So, buying guitar strings on the internet isn’t fundamentally different from buying printer ink online. We’ve been riding the ripples of the wave, and despite the changes we can list, we’re still doing business in fundamentally the same way. Metaphorically speaking, we’ve switched from hand tools to power tools, but we’re still sawing boards.

This means we’re ripe for fundamental disruption of our business practices and perhaps a reboot of the very concept of what the music industry/consumer interface can or should be.

When you think about our self-imposed industry categories, it becomes apparent that they’re loosely based on long-standing habits having more to do with industry convenience than consumer needs. This is far from a homogeneous industry: The “traditional” marketing disciplines and inventory management of band and orchestra, combo, piano or print overlap like a Venn diagram rather than match completely. This diversity, though, has more to do with the manufacturers’ output than with consumer preferences. Dozens of families that visit my store simultaneously inhabit all four divisions within their household. Yet we persist in defining our stores in categories that reflect business practices that mean little to consumers.

What about those business practices? Companies that define themselves as “school music dealers” are often repeating formulas that were forged in the late 1950s. Parent nights, rent-to-own programs and collusive relationships with local band directors are already precarious. I know some dealers will swear it isn’t so, but in my market, some schools are already closing off the campus to outside business reps. No deliveries of instruments. No visits. No vendors at parent nights. Perhaps this stems from security concerns, or the optics of handling money on campus, but it’s happening. How well does the model work without school access?

The piano segment of the industry has been rocked by changing consumer purchasing habits and the costs and availability of inventory financing. The long life of a decent piano comes back to haunt a business model that concentrates on big-ticket sales without consistently supporting long-term players. As I’ve said before, we have only a fragmentary grasp of the units and dollars on the used instrument side of our industry, and piano dealers likely suffer the most. When your business model is essentially selling a once-in-a-lifetime purchase, any person that stops playing is a potential competitor. In this age, owning a piano is not a goal for every upwardly-mobile consumer, which means that many of the still-used marketing ploys and sales tactics were conceived with a different world in mind.

Combo shops can no longer be testosterone filling stations for young men. Women are a growing force, whether or not some shops believe it, and rock ‘n’ roll is in its fourth generation, with an active, even growing, batch of AARP-ready participants. Add another hundred or more splinter styles and sub-genres attracting interest and it’s more than time for a reboot.

There are stores that have grasped this and done brilliant pivots within the context of their market. There are also, I’m sure, old-school retailers doing as well as always, perhaps better, thanks to failed competitors, who wonder what planet my store is on. But the disruptions we’ve witnessed in our economy should illustrate that complacency — or worse, stubborn resistance to the new — is the path to oblivion. We’ve overcome disruption many times in our history. Theater musicians were decimated when talking pictures came into vogue; the player piano fell to the radio. The Second World War even made us unable to make instruments, and The Beatles helped create the combo store virtually overnight. We found ways to pivot, but at each juncture, voices were raised trying to preserve the status quo or to denigrate the new direction as a fad.

What’s needed now, though, isn’t just a matter of using new tools like social media or streamlining operations with new software. I don’t think it’s all online, all direct, or all anything. I think we’re just ahead of transformation, and if we take control, it will be a great ride. But if we so much as blink, some other entity will come in, seize the ball and push us off the playing field.