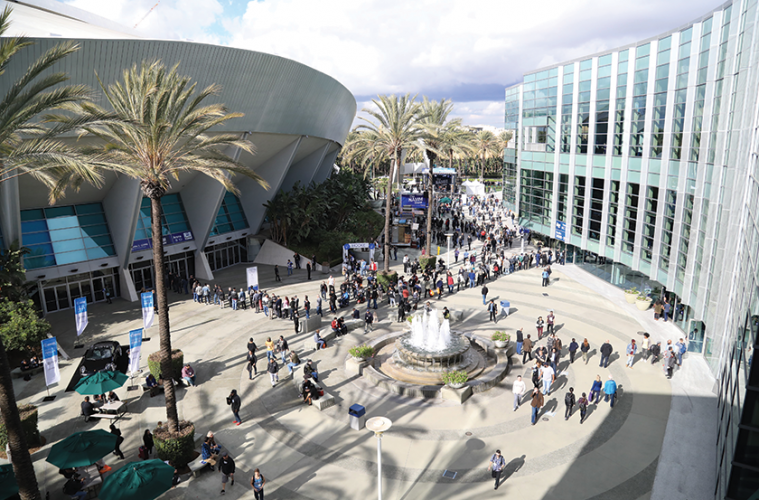 NAMM Breaks Another Record as 115,000 Pack the  Anaheim Convention Center

The Music & Sound Retailer is celebrating 35 years in 2018. Way back in its first issue, December 1983, we ran a story titled “Winter NAMM The Biggest Yet.” The story touted that The NAMM Show, then called the Winter Market, offered 152,345 square feet of exhibit space and a record 325 exhibitors. For this year’s show, which took place Jan. 25-28, The NAMM Show added 200,000 square feet of space via the addition of ACC North, a new two-story convention space attached to the main Anaheim Convention Center via skybridge, and the exhibitor list nearly reached 2,000.

“NAMM members, alongside our partners and guests, deserve all the credit for creating such an incredibly powerful industry gathering,” said Joe Lamond, NAMM president and CEO. “The ‘crossroads’ of industry pros, coupled with the passion and dedication to drive business forward in new and innovative ways, ensures an exciting year ahead for all aspects of music making and production.”

Time to Take a Risk

Although there were several pre-show events, The NAMM Show officially kicked off with Lamond leading Thursday morning’s Breakfast of Champions.