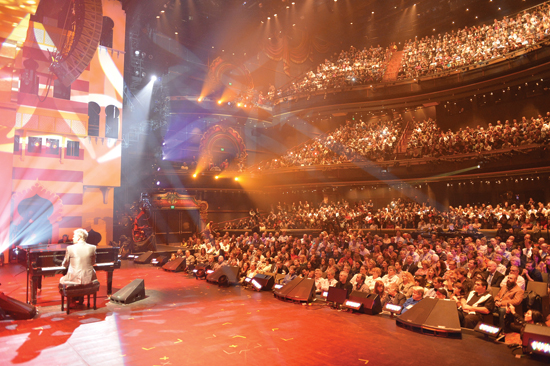 David Foster played for a packed crowd at the Yamaha concert.

Stevie Wonder was in attendance.