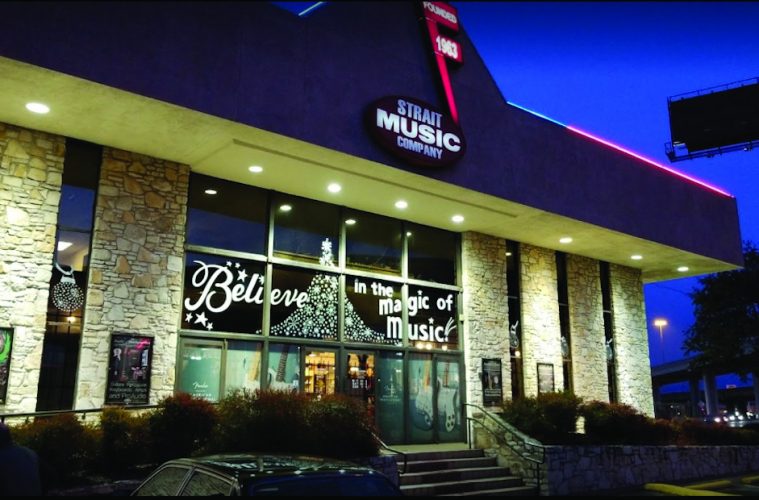 Shine a Light: Deep in the Heart of Texas

Texas’ Strait Music has 57 years of tremendous success. Find out what the MI store is doing to separate itself from the competition.

Strait Music has been the rhythm behind Austin, Texas’ vibrant music scene for more than five decades, beginning when Dan Strait opened the doors at the store’s original location in 1963. Now in its third generation of family ownership, Strait Music operates two locations, with the second shop in northwest Austin opening in 1998.

“It’s cool to be part of a business with that much history,” said Chris Cowart, guitar and drum department manager, who has been a part of the Strait Music family for 14 years. Cowart started off behind the counter before moving into sales and eventually management. He officially took over as manager of the combo department two years ago, and has worked hard to create a department that keeps its customers not only excited to play music but also excited to come in and shop at a locally-owned, brick-and-mortar retail store. One of the ways of achieving this is making sure that his department has an impressive depth and breadth of merchandise. “We always have the newest and latest models, and our customers appreciate that,” said Cowart. “We carry the necessities, as well as those instruments that people can dream about.”

The store offers a wide variety of brands that includes Martin, Taylor, Gibson and Cordoba, and Cowart makes sure it stocks instruments aimed at every skill level from entry-level to high-end. “If someone comes in asking for a certain model, we want to have it,” he said. “We always keep things in stock, and we don’t have empty hooks.”

Strait Music’s combo department sells mostly new instruments, but Cowart will offer the occasional used item. “We have no real desire to dive into the vintage market, though,” said Cowart. “It’s very competitive, and what we are currently doing is working.”

Finding that ideal product mix has been a work in progress for Cowart, who has learned over the years how to pay attention to the trends rather than rely on his own tastes as a musician.

“When I first got into ordering and stocking the store, a lot of it was about what I liked, but I learned that it has to be a hybrid because there are things that you think are cool, but not every customer will like what you like. That’s something I learned to adapt to,” he said. “You need to have what people want so they don’t go online or elsewhere to get it.”

Dealing with online competition is something that has affected every brick-and-mortar store in recent years, but Cowart is confident that guitars are better positioned to weather that storm than some of Strait Music’s other departments, which include pro audio, band and orchestra, and pianos.

“We’ve seen a bigger hit with PA and recording gear, where it’s harder to compete with the internet because you don’t have to feel it the first time,” Cowart noted, “But, with guitars in particular, it’s an item that people want to touch and feel. There’s something about touching that guitar and holding it in your hands.”

That said, Cowart does acknowledge that people have grown accustomed to the point-and-click experience of shopping online. As a result, he knows that he has to work extra hard to make the in-store experience as welcoming as possible in order to cater to those customers who still enjoy coming in and playing guitars in person. Cowart takes particular pride in the way he merchandises the department, making sure that customers can find what they want, as well as discover something new along the way.

“I take time and pride in making my displays organic,” he said. “It’s cool to change things up on the floor and see the customers’ reactions. It’s not even about having new things. You just move them around and people say, ‘Wow, you have that?’”

He has also worked to update facets of the combo department — including the acoustic, amp and bass rooms — giving them what Cowart calls a “wow factor.”

“Being in Texas, everyone expects things to be big, and we want that feel of someone saying, ‘Wow, they have everything,’” he said. “It’s important that when they come into the store, they see that the store is impressive. We want to be a destination.” 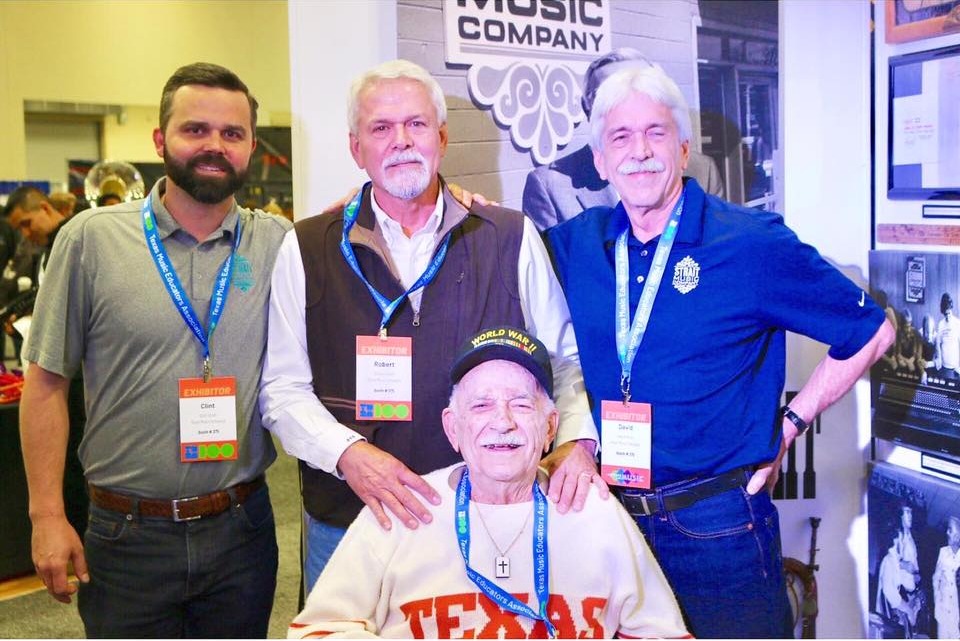 Beyond the selection and eye-catching displays, what sets Cowart’s department — as well as Strait Music as a whole — apart from the competition is its customer service. “We have a good, solid team who knows how to go above and beyond for the customer,” said Cowart, who typically maintains a team of four or five staff members, with more sometimes coming in around the holidays.

While Cowart himself has a professional background as a musician — with his former band, Scorpion Child, signing to a label and touring for six years — he doesn’t necessarily look for that same experience in the staff he hires.

“To work in MI, you’ve got to love music, but I don’t know that being a player is a prerequisite. Usually the best staff are the most personable and passionate about music. They can have a conversation with a random customer and make them feel comfortable,” said Cowart. “Customers come in with their walls up and they don’t trust you. We have to make those walls crumble so that they feel good. When they come in and see the guitars and they spend time with us, they see that we know what we’re talking about and that we can give them the attention they deserve. Even if they pay a little more in the end, they feel that it’s worth it.”

Looking ahead, Cowart hopes to help Strait Music continue its success in the brick-and-mortar space, while at the same time continually improving its social media game and maintaining its top-rated Reverb page so that all activities complement one another and keep Strait Music strong for the next 50 years.

“One of the things about Strait Music is that we do everything, so it’s not a total specialty store. We may not be the best at everything, but we are good at everything we do, and that comes from the top down,” concluded Cowart. “Having that combination and evolving along with the buying trends and providing that experience for customers is going to keep us ahead of the curve.”