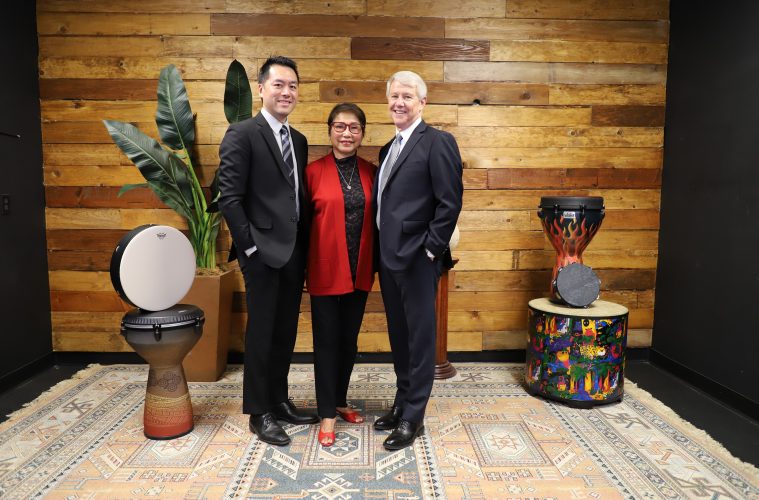 Remo Inc. announced that Brock Kaericher is stepping down as its president and will be replaced by Robert Shen, who will take on the role in addition to his role  as president of Remo — Asia. Kaericher will remain as chairman of the board and president emeritus while acting in an advisory role throughout the remainder of 2020.  The new roles for Kaericher and Shen will become effective on Jan. 1.

Ami Belli, owner and CEO, announced the transition during a recent shareholder’s meeting and thanked Kaericher for his years of service and noted his unique relationship with her late husband, Remo Belli, founder and icon of the MI industry. Kaericher joined Remo in 1996, coming from an executive background in the electronics industry, and was named president of Remo in 2000. During his tenure, he served on the NAMM board of directors as well as filling trustee positions on various boards of institutes of higher education.

“I have been very fortunate to work with a wonderful group of people, both within Remo, Inc and with individuals from all areas of the musical products industry. I am so proud of the amazing accomplishments that have been realized during my tenure.  The company has been able to follow and continue to foster the agenda of Remo Belli in remaining the undisputed world leader in drumhead technology and innovation while maintaining an unwavering pursuit of delivering products and programs developed as tools in furthering the application and acceptance of active participation in making music as an integral component of an individual’s well-being,” said Kaericher.

Shen, whose father, Fredy Shen, was executive vice president, has been part of the Remo family for his entire life and joined the company in an active role in 2000 during the start-up of Remo — Asia. He has filled multiple capacities during his tenure at Remo and was named vice president of operations in 2017.  In accepting his new role, Shen commented on his desire to continue the great work of Remo in serving people from all segments of society and remaining the trusted partner of companies from across the globe in striving to present the consumer with quality percussion instruments and accessories.