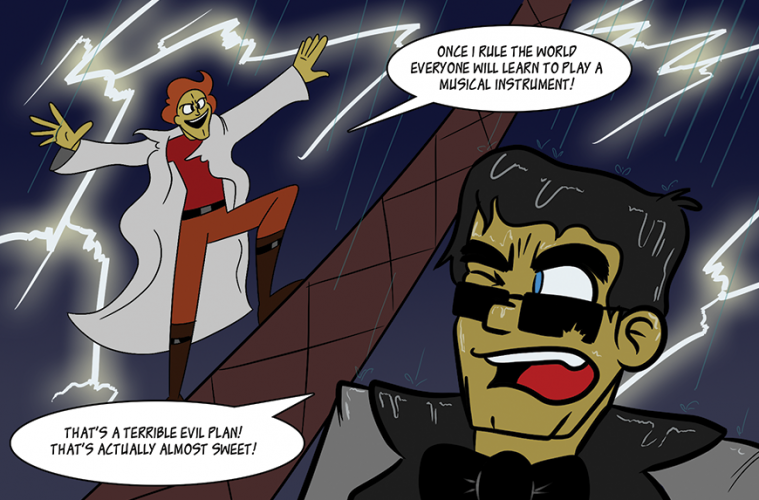 Searching for a Guitar in the Arch City

If you want a charming Midwestern city that’s a state capital with a rich college sports history, as well as its own NHL franchise, Columbus, Ohio, situated about halfway between Cleveland and Cincinnati, is a great choice. The way into Columbus is usually by car, because this sprawling city has no train service. As you drive from the airport or along one of the interstate highways that bisect the city, you don’t get much “big-city” vibe until you are almost downtown.

Yet, with a population of nearly 900,000 and a metro area of two million, Columbus is the second-biggest city in the Midwest, after Chicago. In a state that occupies the very heart of the “rust belt,” Columbus regularly tops national rankings for plentiful jobs, economic growth and overall quality of life. It is one of the few northern boomtowns, home base to such household names as Nationwide Insurance, Wendy’s and Safelite.

The city was also the title for, but not the setting of, Philip Roth’s 1959 novella, “Goodbye, Columbus.” A decade later, a popular film of the same name introduced then-newcomer Ali MacGraw to movie audiences. Jim Yester of the easy-listening band The Association penned a boppy theme song for the flick, yet it never quite achieved the popularity of hits such as “Windy,” “Cherish” and “Never My Love.”

Musically, the city’s roots are less in pop than they are in bluegrass. Appalachia starts about an hour south and you can hear a distinct southern twang in the speech of many Columbus residents. This resulted from the coal-mining diaspora of the ’50s and ’60s, which sent people and their music from Appalachia to the industrial north, including Columbus.

My goal while in Columbus: find a good buy on a new — or nearly perfect used — beginner’s guitar for a 15-year-old boy.

The first stop on my shopping trip was within walking distance of downtown. German Village Music Haus gets its name from a nearby Columbus neighborhood that dates to the early 1800s and is now on the National Register of Historic Places. Most of German Village, however, is now on the south side of Interstate 70, while this 1950s-era store is several blocks north.

The store is flanked by the new-looking buildings of Franklin University, a commuter college. Inside, posters of classic rock bands adorn the walls. Upon entering the store, I met a salesperson. “Music is my passion,” he said. “When I take over the world, everyone will play a musical instrument.”

While German Village Music Haus carries other musical instruments, its stock-in- trade is the guitar. It offers every kind of guitar, from the beginner’s acoustic I sought through basses, electric guitars, amplifiers and other key accessories, and even high-end mandolins.

“I just got this Lyons in,” the salesperson noted, eager to meet my need for an entry-level guitar. Priced at $150, this instrument — a Lyons by Washburn acoustic guitar — was a trade-in from a happy customer who had graduated to a more high-end model. But that low price would give a beginner everything he or she could want, he said.

“You have to crawl before you walk, before you run,” he said. “You will get a lot of use out of this guitar for a low price.” Should I want a comparable new model from Washburn, the salesperson said he could get one for approximately $289.

The instrument was in excellent condition and offered the student an easy “feel” while he or she mastered the craft. “It’s easy to use and ready to play,” he said. “That’s really what you want most for a beginner.”

In addition to offering a large array of guitars, the store offers lessons at a modest price.

High Street is one of Columbus’ main thoroughfares. In the Merion Village section south of I-70, the store occupies one row of pre-war, brick, two-story houses. Once inside, I was waited on by a 20-something salesman who also said that he plays the guitar professionally.

I explained that I was shopping for a 15-year-old boy, so he showed me a used three-quarters size Corbin Alba acoustic guitar for $139 that would exceed the needs of any beginning student. This model was less than a year old and in excellent condition; new guitars of this model go for around $175 to $200.

A key feature of this model, he explained, was its pick guard. This decorative acrylic surface helps prevent damage to the guitar’s body from the hands of an inexperienced learner. “Basically, it helps keep you from scratching the top surface of the guitar when you are playing the strings with a guitar pick,” he said. “I would not get a guitar for a beginner without one.”

Nonetheless, pick guards are also popular with more experienced players and can be ordered in finer materials, he added. A kit and carrying bag would add another $30 to the price tag.

Nobody knows this about MI Spy, but I am short. I explained that the boy is now three inches taller than me, so the salesman gave me a look at a full-size “adult” guitar. This was the Jay Turser Dreadnought acoustic guitar. “Assuming he could handle the full size, it would also be an easy-playing first guitar for any student,” he said.

He also echoed the sentiment I heard at German Village Music Haus: Go for what will be easiest for the learner. Try to add on too many frills, and you can easily turn a kid off to all kinds of music.

This is a store for music aficionados of every stripe, and functions as much as a “hangout” as a retail establishment. Besides the salesman, the owner was present, as well as several regular customers. One offered up an anecdote as evidence of the importance of musical appreciation.

“My little grandson was born premature and with some hearing loss,” he said. “My daughter gave him a keyboard that she had that nobody was using, and he started plunking on it. Now, he’s playing the theme music from Harry Potter — something we thought we’d never see.”

The next store on my list required a 20-minute drive on Interstate 71 north, where the signs point you north to Cleveland. Guitar Center is along Morse Road, a six-lane, well-traveled thoroughfare lined almost entirely with large shopping centers and big-box retailers. This big, well-appointed store has a separate soundproof room where music aficionados can try guitars out before purchasing one. The evening I was here, a 50-something-year-old man strummed silently: the soundproof glass doing its job of shielding him from the main sales floor.

I was assisted by a salesman in his 20s. He demonstrated a clear command of the world of musical instruments. And, among the stores I visited, he showed me the largest selection of merchandise.

He started with some familiar advice. “For the beginner, look for what’s easiest to play,” he said, echoing the sentiments from the earlier stores.

In his view, Yamaha guitars make an excellent first choice. He held up an F335 Dreadought Acoustic that comes with a price tag of $159 — though the store “always offers sales,” the salesman assured me. The larger Yamaha FG800 was priced at $40 more. I was assured that either model would be good for beginners.

“I also like Luna guitars,” the salesman said, showing me a Luna Gypsy Spalt, a hybrid acoustic-electric guitar. It has the same price tag as the Yamaha FG800, but gives the student the option of plugging in an amplifier if he or she wants.

“This is a good guitar, too,” the salesman then remarked, holding up a Breedlove Discovery acoustic guitar with a “clearance” sign on it. The price: $249. “It probably won’t last,” he said. “The holidays are coming, so someone will buy it in the next week or two.”

Regardless of model purchased, Guitar Center offers an added benefit to buyers: free group classes for beginners. That’s not to mention a glassed-in staging room for more-experienced amateurs and even pros who happen to visit and want to try out the wares on offer.

This store is also located in the same stretch of Morse Road strip malls as Guitar Center in the northeast corner of Columbus. The nearby The Ohio State University campus possibly accounts for the chain’s decision to establish a store here.

This Sam Ash outlet is small in comparison to some of its neighboring retailers. It’s in a small shopping center that also houses a GameStop and Payless Shoes and, somewhat incongruously, a former big-box store now occupied by an office of the state elections bureau.

The salesman at this store steered me to two Yamaha models, both priced at $199. They were the Gigmaker DLX and the FS800, the latter featuring a smaller body. He asked me how tall the boy is, and I replied, “Just under 5’8″.”

Given his height, the FS800 might be a better choice, he said, because when a kid is just starting out, the somewhat shorter size makes it more comfortable to play. As someone who has purchased short suits from Macy’s and J.C. Penney’s his entire life, I appreciated this extra level of insight.

“They both offer solid wood construction, as opposed to laminate,” he said. That extra level of durability matters when purchasing a beginner’s instrument,
he added.

“Either guitar is something he’s not going to outgrow for a long, long time,” he continued. “It’s a bit of a toss-up. If you think he’s apt to grow another few inches before he graduates, get the full-size Yamaha.”

Yamaha also has an acoustic-electric model, the FX325A, for the same price as the two aforementioned instruments. The tradeoff is it has a laminated top, as opposed to solid. “So, unless your kid wants to go electric in the near future, I’d stick with the first two,” he said.

Most models, including Yamaha instruments, come with a limited lifetime warranty, which is an important consideration for an instrument that might encounter some damage. In addition, Sam Ash offers a service plan for 10 percent of the instrument’s price. “The normal cost of a service visit, such as to replace a broken string, is $65, so purchasing the service plan will pay for itself,”
he said.

All four stores offered attentive service, though the large chain stores obviously enjoy an advantage when it comes to selection. Prices were comparable at all four stores, as well. The downside to such a huge selection is when you have to sort through a lot of offerings you don’t want or need. But the salespeople at the sort-of big Sam Ash and the very big Guitar Center made up for that by quickly ascertaining my wants and needs and zeroing in on products they had on hand to meet those.

But, but, but … so did both the little guys!

You can’t go wrong with any of the stores that I spied on. I was impressed. Is there no need for MI Spy anymore? That’s a question for another day. According to my boss, M, as well as the editor of the Music & Sound Retailer, I need to pick a winner, though. Nobody was bad at all, but I have to pick the best of the best. So, the winner in my search was Bluegrass Musical Supply, which offers just the right combination of homegrown musical expertise, small-retailer service and a good selection.

There’s a postscript to all this, too. There were lots of other choices for music stores in Columbus proper and in the surrounding towns. Plenty focus almost exclusively on guitars or stringed instruments. A few shops in the vicinity of Ohio State handcraft their own instruments, too. How cool is that?