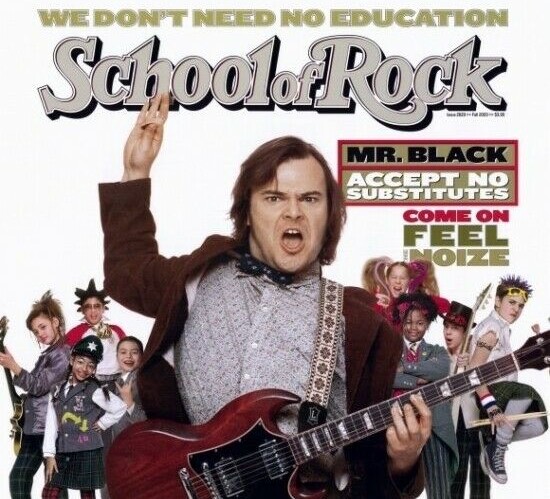 ‘School of Rock’ Guitarist Accused of Stealing From MI Stores

The “Zack-Attack” may need to put down his guitar for a while. Joseph Gaydos, who played Zack Mooneyham in the 2003 hit movie “School of Rock,” is a defendant in four separate grand theft cases in Florida, according to multiple reports. The Venice, Fla., Police Department posted one of the occurrences on camera with the caption: “COME ON! When will thieves learn that almost all establishments have cameras? This sticky-fingered bandit made off with a guitar while the employee was distracted. If you have any information please call 941-486-2444, VPD case# 19-000288.”

Gaydos is accused of stealing an $800 Les Paul Epiphone guitar from North Port Music on Jan. 31, a $699 Fender Stratocaster from Troll Music on Feb. 7, an amplifier from a music store in Charlotte County on Feb. 11 and, 30 minutes later, Gaydos is accused of attempting to steal a $1,900 Gibson Les Paul guitar from a Sam Ash music store in Manatee County.

Gaydos, who claims to be a self-employed musician, reportedly told police he took “non-prescribed medication” on Feb. 9. According to media reports, he also told a sheriff’s deputy, “I need to be arrested. I stole the guitar,” following an arrest.