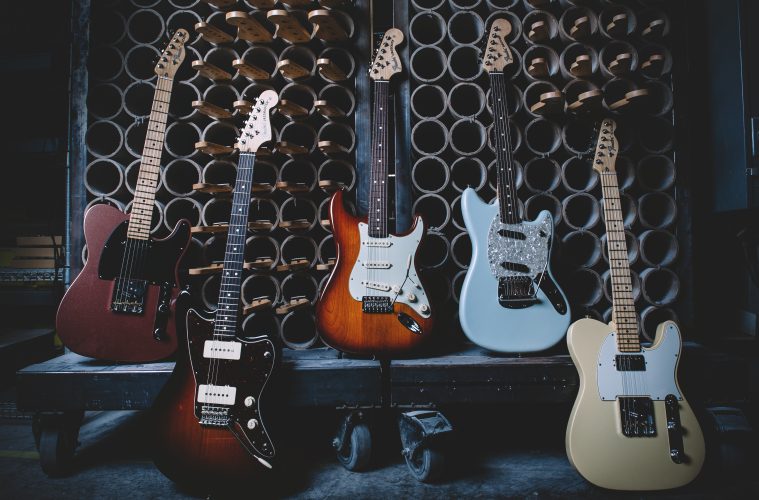 Approximately a decade ago, Fender released the American Special series. Based upon current artist feedback, Fender determined it was time for a line refresh. That led to the release of the American Performer series, which debuted on Dec. 4. In speaking with the Music & Sound Retailer, Fender stated that it believes its research and development department hit it “out of the park” with this product launch.

“Made in Corona, Fenders are the beating heart of our electric guitar and bass line,” said Justin Norvell, executive vice president, Fender Products. “It’s our connection to the original history at our company. With this series, we intended to make the American Performer the best they could possibly be. We wanted these to be as fully featured as possible. These guitars are not stripped down to meet a price point.”

The American Performer series is designed for working professionals and performers. “I saw a statistic from Live Nation that 86 million people in the [United States] went to a concert [in 2017],” said Norvell. “Live music is alive and well. People think the guitar genre is waning, but it is not at all. So, to serve these professionals, we have new models, new colors, new pickups, new electronics, new tuners. Whenever we redo a guitar or bass, we strip it down all the way to a skeleton and build it up in a unique way. We wanted to inject excitement into U.S.-made guitars at an accessible price point. We think this makes the [American Performer] series compelling and magical.”

In addition to the press the American Performer series has been receiving, this article included, Fender launched a vast marketing campaign, with a message of, “We make our art, our instruments, so people can make their art, their music,” Norvell noted. “We are highlighting real touring musicians who are out on the road, as well as ourselves in the Corona factory crafting these instruments. Our tagline is, ‘Made to Perform.’ We are highlighting our mix of craftmanship and [the musician’s] craftmanship of sounds and how those two work symbiotically.”

This approach is a tradition at Fender. Norvell stated that in Leo Fender’s early days designing instruments, he would take prototypes of products to artists to get their feedback. “He made changes to instruments based on that feedback, and we have kept that spirit alive,” he said. “The connection between ourselves and the people who use our products is at the core of what we do and who we are. That is exemplified in our marketing campaign.”

Speaking of feedback, early returns on the American Performer series have been excellent, said Norvell. “Reaction from the dealer network has been really positive,” he said. “We’re excited.”

Regarding the release date of the American Performer series being before, not during The NAMM Show, Fender responded that the American Performer series is a very important launch, and it wanted to “give the series its own moment.” “We often ‘take the curtain off’ a product at NAMM,” relayed Norvell. “But allowing dealers to take advantage of the high [holiday] selling season pre-NAMM was something we thought would be great. The fourth quarter is when a lot of business is done. So, getting these products out there while excitement and foot traffic was high was tremendous. Then, we [went] to NAMM and reinforced what we just launched and gave its official debut.”

The American Performer series certainly had its own “moment” during the holiday season. But Fender separates new releases from its other prominent product launches in other ways as well. “It is a challenge to separate our products from one another,” acknowledged Norvell. “From 25 paces away, one Stratocaster looks like another Stratocaster, looks like another Stratocaster. Finding ways to differentiate ourselves is really important. We use different fretboard material on a certain series, different types of colors, different levels of pickguard materials, inlay materials, etc. We also have point-of-purchase stickers that go on the pickguard, so if you walk up to a wall with 20 Strats, you will fi nd three bullet points explaining why this guitar exists and how it is different from other models.”

“Also, consumers like so many different things,” he concluded. “Some like to go totally vintage. Some prefer totally modern. And some like vintage looks with modern features. We have so many different series because there are so many different player types.” Fender’s American Performer series guitars and basses retail for between $1,099 and $1,199.