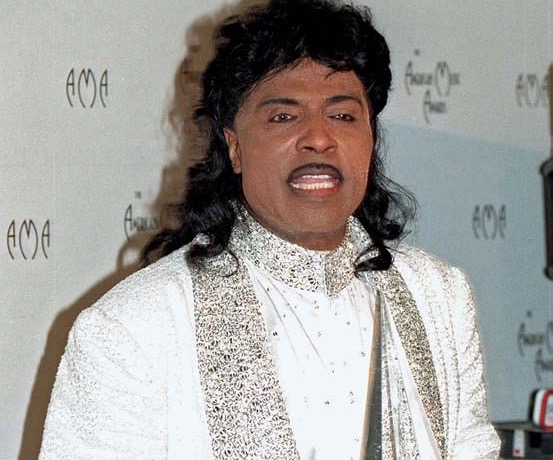 Childhood memory goes back to about 3 years old. For me, that was the year that Little Richard (who passed away on May 9 at the age of 87) released “Heeby Jeeby,” “Tutti Fruitti,” “Long Tall Sally,” “Slippin’ and Slidin’” “(Peepin and Hidin’) Ready Teddy,” and “Rip it Up” all in the same year.

I cannot remember a time in my life that Little Richard did not influence me; dancing with my cousins, shakin’ it with my mom, playing his singles with my brothers, eventually playing his music on my bass. We all loved Little Richard. He played his 16th note pulsating octave rhythms. I saw him perform at his 1971 new year’s eve gig in L.A. He was 40 by then, but had the abs of a 20 year old, wearing a matching hot pink, Bolero jacket, and bell-bottoms, with no shirt. While vibrant lights shot from the rafters, he ran on to the stage, blasting “Tutti Fruitti” on the piano, and then jumped on top of it. He was on fire! I was right in front of the stage looking up! I was in the presence of greatness. It was midnight. His band came weaving through the back of the crowd playing, “When the Saints go Marching in.” What an Entrance!

In the summer of 2008, the Music & Sound Retailer editor Brian Berk gave me an opportunity of my first paid writing assignment for the magazine about my reflections of Summer NAMM in Nashville, (Vol. 22 No. 8). After a busy day viewing booths, we were on our way to The Grand Ole Opry. The elevator opened to the lobby of the Hilton, there was a man who looked like Little Richard sitting in a wheelchair. As I could not believe my eyes, I asked “Little Richard?” He said, “Yes.” I threw my arms open and said “Thank you! Thank you! Thank you!” “For what!” he asked. “For all the music you have given all of us, for the joy of watching you perform and opening the doors for everyone that came after you!” He then threw open his arms and we hugged each other.

We talked and laughed for a few minutes and I asked if he was alright, motioning to the wheelchair. He made a little grumbling noise. I had just seen him perform on his piano on television. I asked if he was in Nashville for Summer NAMM.

“In Nashville?” (I knew he was The Georgia Peach).

He said “No, I live right here at the Hilton.”

He asked me to wait while his assistant took him upstairs. He had something he wanted to give me. We waited and Little Richard came back with Rev. Richard’s religious book and signed picture. I left him an A & D Music T-Shirt (my store) at the front desk of the hotel when I checked out.

What a great industry we work in, with opportunities so unique. The last song he wrote was “Twins” in 1988 for the funny movie of the same name starring Arnold Schwarzenegger. Little Richard’s last concert was in 2014 at age 82. Sixty-four years of performances. …

The curtain is closed for the last time, and now dear Richard, it is time to rest. No more “Wop bop a loo bop a lop bam boom!”

For more from the Music & Sound Retailer, click here.