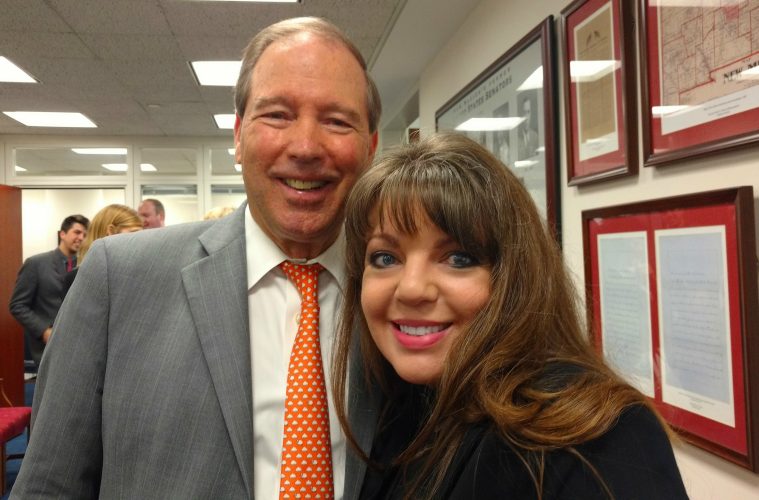 You were assigned this mountain to show others it can be moved.

That anonymous meme popped up in my Facebook feed as I registered to participate in NAMM’s Music Education Advocacy D.C. Fly-In for the second consecutive year. The words provoked a rush of determination that I carried with me this past May on my trip to our nation’s capital. NAMM is an organization that epitomizes the quote. NAMM has taken it upon itself to move a monumental mountain: establishing and protecting the right of every child to learn and grow with music. And the association’s been moving that mountain, inch by inch, for more than a decade now.

In 2015, the signing of the Every Student Succeeds Act (ESSA), replacing No Child Left Behind (NCLB), showed just how much progress we’ve made. The law, for the first time in our country’s history, included language that identified music and the arts as part of a well-rounded education. Finally, our nation’s leaders got it! Although math, science and literacy skills are vital for academic success, they are not, by themselves, enough. The ESSA opened the door for music to provide a more enjoyable, more engaging learning environment…one that is transformational and reflects our highest hopes. After all, a well-rounded education makes well-rounded kids, who grow into well-rounded adults. And the ESSA isn’t merely a “hope”; it is the law, and it has the ability to unlock federal funds that can go toward music and arts programs.

Last year’s Fly-In, the first in which I participated, was colloquially called the “Thank You Tour” by delegates. We met with members of Congress to thank them for their efforts in passing the ESSA, while also reinforcing the importance of music as part of a well-rounded education. For a while, it almost seemed like we could “pop the cork,” celebrate and return home satisfied that our work was done. As with most government goings on, however, things are not quite so simple.

Federal funding for education is dependent upon federal appropriations. Because budgets are renewed each year, ensuring that well-rounded programs, including music, are properly funded will be an unceasing battle. And, right now, in 2017, work on behalf of our cause is more important than ever. The ESSA authorized about $1.65 billion annually for Title IV, Part A, Student Support and Academic…