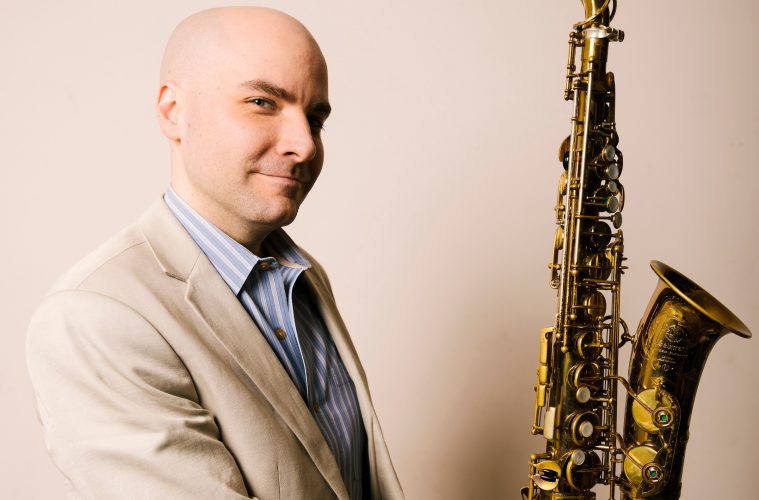 Rulon Brown: The “Horn Doctor,” John Kagerer of Alaska Music & Sound. When I was 14 years old, John took me on as a band instrument repair apprentice. His example and standards shaped my sense of craftsmanship and work ethic. He showed me how to manage my time and tools. Watching him manage his business was an invaluable experience I draw on frequently in my own business. John is quick with a joke but can laser focus and share that focus with others, which is a rare quality in a mentor. I can’t imagine doing what I am today if I had not grown up working in a local music store run by a master repair tech with a head for business. John’s mentorship was truly foundational.

Brown: Work smarter, not harder. I’ve always found this advice inspiring, and it reminds me to focus on the problems that can be improved upon and to be willing to seek and change plans for something smarter. Everything else is distraction or over exertion.

Brown: When I was a young boy, my mother would play Neil Diamond, ABBA and Carpenters songs on our blonde wood Acrosonic piano. I’d sit on the right end of the bench and plink out notes, trying to play along. She would smile at me in a way that made me feel like I was playing the most amazing duet. She filled our home with music and made instruments safe to touch. I absolutely hated the piano lessons she forced on me a few years later, but at age 10 she introduced me to the saxophone and I was smitten. That’s when my lifelong love affair with music began.

Brown: That is a tough question because when I cannot imagine my musical voice without flute, sax, piano and more. These instruments are all like children to me. If I could only play one instrument for the rest of my life it would be saxophone, simply because the ergonomics of the flute are so horrible for aging bodies and saxophone was my first love. But I would miss the others sorely!

Brown: In 2011, I quit my high-paying day job working for the Seattle Mayor’s Office of Arts & Culture, rented my home, moved my young family to Costa Rica with only what we could carry, lived without a car and focused on making music again. It was a radical leap that proved transformative in wonderful ways.

Brown: I love working with my hands. It calms and focuses me like nothing else. Art, metalsmithing, woodworking or any odd project around the house. A few months ago, it was a set of maple wood diagonal dividers for a wide kitchen drawer to store long-handled utensils. It’s a bit silly that something as simple as clean-cut maple in a drawer can make my morning, but it does.

Brown: Bobby McFerrin solo 2008 in Kirkland, Wash. He is my musical superhero. I won front-row-center seats for this special anniversary concert celebrating the venue. During the show, Bobby asked if anyone wanted to sing with him. My hand shot up and we sang a duet of “Night in Tunisia.” I was giddy for weeks.

Brown: Vince Mendoza conducting his works for big band and orchestra and special guests Bjork, Joni Mitchell, Jorge Pardo and Michael Brecker. Vince’s music is so lush and immersive that I feel I’m waking from a dream when the music stops. His collaborations with these other artists are exquisite.

The Retailer: What musician are you hoping to see play in the near future (post-pandemic)?

Brown: Primus — “Tribute To Kings” Tour. My best friend from childhood is a Primus megafan — he literally owns basses played by Les Claypool — and he’s flying down from Alaska so we can meet up with friends in Bend, Ore., in 2021 to catch the postponed Primus tour. My first experience crowd surfing was at a Primus concert, so I’m excited to see them again and feel that energy.

Brown: Winning the “Best In Show” and the “Tools For Schools” award in the same year for our Key Leaves, my flagship product. That was a high like nothing else and really helped turn heads toward what Key Leaves is doing.

Brown: The fact the MI industry is ultimately driven by makers and music geeks. Some industries don’t make or do anything. They just move paper, market schemes or prey on people’s fear. But the MI industry is a bunch of craftsmen, band geeks and gear heads trying to make better music or help others make better music. That is noble and inspires most of us. Plus, it’s way more satisfying than corporate computer sales where you know everything you sell is going to be garbage within five years. (I did that job to pay my bills after college, so I call it out for the soul-sucking digital snake oil that it was.) But the MI industry is real people making the world more musical.

Brown: The greatest change agents in our industry are always the musicians, particularly those who bust up our gear and break our rules.

Look backward, and we see every new genre includes a new instrument or radically unconventional use of an instrument. Look back at the fringe “non-musician” DJ geeks with their laptop battles and touchpads disregarding traditional chordal tech instruments like piano and guitar. They managed to craft genre after genre of EDM, which now makes a goliath portion of the MI industry. I look at Imogen Heap’s gloves. They are amazing. Average people would love to sculpt music from the air with their hands, but most folks don’t know Imogen, and she doesn’t command the audience to warrant that change. But I wonder how quickly shelves could be stocked with gloves if someone like Taylor Swift began using them. And I really marvel at saxophonist Derek Brown, who literally cut and bent and fused parts onto his saxophone to make it as radically percussive an instrument as the percussive mouth techniques he pioneered. Derek’s a self-produced YouTube artist inspiring the next generation of sax players who will likely cross over to yet another genre as saxophone is so apt to do. I am not seeing sax makers adapt to this movement yet, but I think they should.

Radical changes in our industry happen when musicians find a new way to touch the sound. That’s where tinkering musicians and indie gear makers do their magic to really change things up. I like to keep an eye out for the weirdos who don’t play their instruments correctly and use what seem like parlor tricks to make music I don’t understand. They are probably pioneering powerful new genres while I struggle with the trappings of tradition.

Brown: I am wildly fascinated by compliant machines (a mechanism that gains at least some of its mobility from the deflection of flexible members rather than from movable joints) and generative design (an iterative design process that involves a computer program to generate a certain number of outputs that meet certain constraints). I would love to study these seriously and see where it led me.