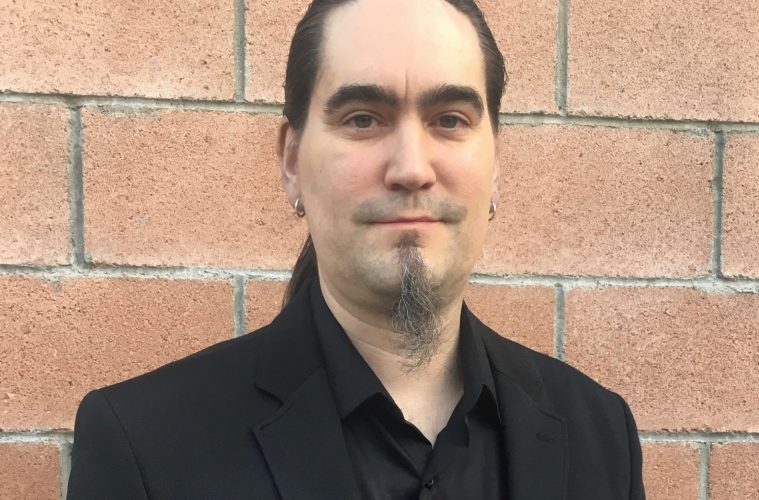 Hosa Technology’s Hoyt Binder grew up in the country of Panama, where his parents were missionaries. He was blessed to be around an indigenous tribe called The Wounaan and learn a lot about its ancient culture.

Learn more about Binder in our exclusive Final Note interview below.

Hoyt Binder: The late Lee Watkins, who hired me and taught me how to succeed in the MI industry by funneling my passion for music into relationship-driven sales.

Binder: That would also be from Lee Watkins, who told me to never forget that we sell service, not SKUs. In times like these, I can’t think of any better advice.

Binder: Strumming my older brother’s electric guitar through headphones and hearing the sound of distortion, thinking it was the greatest sound I’d ever heard, even though I had no clue how to play the guitar.

Binder: I enjoy writing on piano, but the guitar is the instrument that brings me joy. My favorite sound in the world is a PAF humbucker-equipped electric guitar paired with a Marshall Plexi cranked to 11.

Binder: I grew up in the country of Panama, where my parents were missionaries. I was blessed to be around an indigenous tribe called the Wounaan and learn a lot about their ancient culture. I feel a connection with anyone from Latin and South America, as there are usually many commonalities with food, music and overall culture.

Binder: Fishing with my wife. We go fishing every year to places like Sequoia, Calif., and Panguitch, Utah.

Binder: Van Halen’s final reunion show with David Lee Roth at the Hollywood Bowl on October 4, 2015. From Roth telling multiple childhood stories and thanking Eddie for all the memories to seeing Eddie happy and playing with his son on stage, it was magical.

Binder: Jimi Hendrix. It’s not just his guitar playing. It’s the fact that he had so much vibe to give, and I can’t think of anyone who’s captured that free spirit on record like he did.

The Retailer: What musician are you hoping to see play in the near future (post-pandemic)?

Binder: The Marshall Tucker Band, which we were going to see in June, but that got canceled … I’d also like to see Bela Fleck & The Flecktones, as they are always inspiring.

Binder: My dad would occasionally play some Beach Boys. I always loved the harmonies and modulations in “I Get Around,” which always seemed to have quite a bit more packed into it than your average pop song.

Binder: That’s a tough one, but I’ll go with my top three at the moment, “Take the Highway” by the Marshall Tucker Band, “Blood and Fire” by Van Halen and “Surf’s Up” by Brian Wilson.

Binder: Meeting my childhood hero, Michael Sweet of Stryper, who was signing at a booth around the corner from ours a few years ago. It was surprising to see him right down the aisle and more surprising to have a few moments of free time to go say “hi” and shake his hand.

Binder: John Cleese, Brian Wilson and Johann Sebastian Bach. In all cases, I’d ask what the first moment of inspiration feels like and what’s their process for turning it into something larger than life.

Binder: That would have to be in Nashville after one Summer NAMM. We went out for some amazing barbecue
followed by my first moonshine tasting.

Binder: Everyone in this industry has one thing in common, music, which crosses all cultural barriers and connects our careers with our passion.

Binder: I admire Reed Hastings and Marc Randolph, founders of Netflix, for their ability to adapt quickly to changes in consumer behavior. While the record industry plummeted by not adapting fast enough, Netflix became game-changers in a short period of time.

Binder: If live interactions between musicians in different countries become more of a possibility through programs such as Twitch, it could open once impossible collaborations and live-streaming possibilities that weren’t possible before. In an age of increasing isolation, any technology that connects students, teachers and musicians of all types would help our industry immensely.

Binder: Either a chef or possibly a comedy writer. In both cases, I’ve always been influenced by creativity and attention to detail, whether it be Gordon Ramsay’s amazing Beef Wellington or John Cleese’s masterful farce in “Fawlty Towers.”

Binder: I live in Santa Ana, Calif., but consider the general Los Angeles area to be my hometown. I love the fact that within 30 minutes or so in any direction, you can find one-of-a-kind restaurants, stroll down the Sunset Strip or see a world-class musician at The Baked Potato.

Binder: My Mojave Peacemaker amp, which is a modern take on a Marshall Plexi. It has modern reliability with all the vintage mojo intact.

Binder: “Dune” by Frank Herbert, as it still has a lasting impression to this day and clearly inspires much of the popular sci-fi culture we now see.