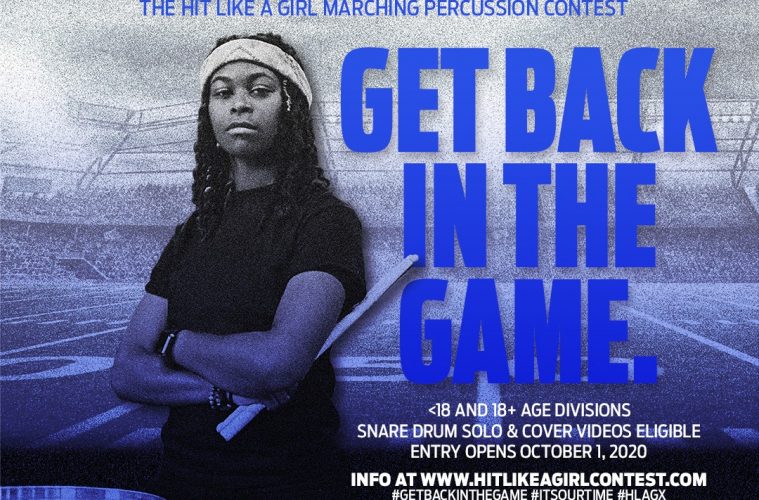 Hit Like A Girl Rolls Out Marching Percussion Contest

Encouraging players to get off the sidelines and “Get Back in the Game,” Hit Like A Girl has announced that its revamped and rescheduled Marching Percussion contest will be open for entries on October 1, 2020. The Hit Like a Girl Marching contest follows the international and regional drum set and beat-making contests that were held earlier this year, and has been shifted to the fall in the hopes of increasing participation. The contest is open to female snare drummers in the Under 18 and 18-Plus age divisions, with solo and cover videos accepted through October 19.

Hit Like a Girl’s 2020 Marching Percussion contest judges feature leading artists and educators such as Sandi Rennick, Julie Davila, Raychel Taylor and Mark Perrett, plus former Hit Like A Girl champions AJ Kostromina and Jamese Moses. Among this year’s prizes are marching snare drums from Ludwig and Pearl, along with Firth, Vater, and Innovative Percussion drumsticks and Remo drumheads. Scholarships and educational material from Girls March and GridBook, as well as exclusive performance opportunities, will also be awarded to the Champions and Winners when they are named in November.