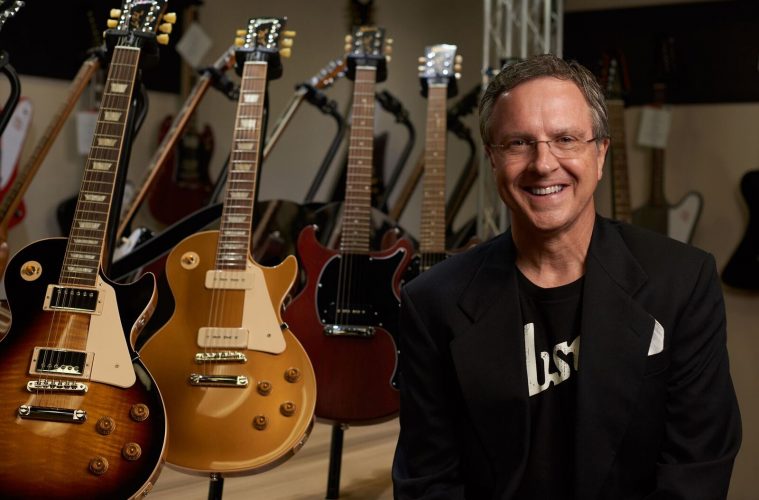 Gibson Brands Inc. re-launched the Gibson Foundation and appointed Dendy Jarrett to executive director of the foundation. As a starting point, Gibson has committed to giving a guitar-a-day away over the next 1,000 days. One-hundred percent of donations to the Gibson Foundation go directly toward giving the gift of music, re-affirming Gibson’s commitment to giving back, empowering music culture and encouraging the creation of music.

“The Gibson Foundation is core to our past, present, and future,” said James ‘JC’ Curleigh, president and CEO of Gibson. “The combination of a new foundation mission, amazing foundation partners, and new foundation leadership with Dendy sets us up to make a meaningful impact in the world of music going forward.”

The Gibson Foundation works directly with strategic partner affiliations to fund and deliver direct support to music development programs. This includes legacy partners like Notes for Notes, The Country Music Hall of Fame and Museum, The Grammy Foundation and MusiCares, as well as new organizations, to help achieve their mission.

In his new role, the 30-year music industry veteran Jarrett, who joins the Gibson Foundation from Harmony Central, will bring his passion for creating, sharing, and supporting music to the new Gibson era. Jarrett will join the Gibson team in its new downtown Nashville-based headquarters and will report to the newly formed foundation board.

“The power of music has enriched every part of my life,” relayed Jarrett. “To be able to create music programs and share the gift of music on a worldwide scale through the Gibson Foundation is a lifelong dream.”