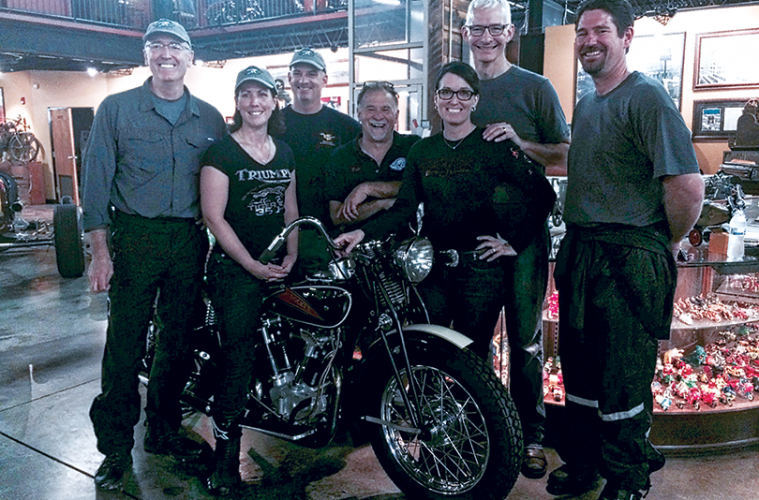 The Music & Sound Retailer: Who was your greatest influence or mentor and why?
Garth Gilman: One of my greatest mentors is Rick Young, who recently retired as senior vice president at Yamaha. Rick hired me to work for Yamaha, and I worked directly for him for 14 years in six different positions and three different divisions. Rick allowed me great autonomy, but was always available for great counsel and advice, of which I took frequent advantage.

What was the best advice you ever received?
Gilman: Well, this relates very closely to the previous question. Rick Young was a huge advocate for the interests of the MI retailer. He fully understood that thriving in the long term happens only through the mutual success of Yamaha and its retail partners. In nearly every substantive discussion, he would explain in some way the need to understand and keep dealers’ interests in mind.

What was your first experience with a musical instrument?
Gilman: I started school music in fourth grade and took private lessons on the clarinet. My instrument was a hand-me-down “attic horn” that I never could get to play right. Later in life, when I understood the importance of starting new players on quality instruments, I still wonder if an inferior instrument caused me to completely reject the clarinet and demand that my parents allow me to play percussion instead.

What instrument do you most enjoy playing?
Gilman: By far, the instrument I have always enjoyed playing the most was drum set. I got my first real kit for Christmas in fifth grade and even though I continued to take private lessons and participated in jazz, concert, marching and honor bands all the way through high school as a percussionist, I was a drum set player at heart.

Tell us something about yourself that others do not know or would be surprised to learn.
Gilman: One thing that most people don’t know about me is that I worked in the construction trades after high school to put myself through community college. I worked in commercial tear-off roofing, as an apprentice electrician, as a carpenter and plumber. I still really enjoy doing DIY projects around the house — although crawling around in the attic and under the house is a lot more difficult than it used to be when I was in my 20s!

What’s your favorite activity to do when you’re not at work?
Gilman: I love hiking and backpacking — especially when it involves long distances and being self-sufficient. My love for backpacking comes from many family trips as I was growing up, and my participation in the Boy Scouts of America. Several years ago, I was able to tack on some extra vacation time to a business trip and climb Mt. Fuji in Japan.

What is the best concert you’ve ever been to?
Gilman: That’s a difficult question because I listen to a wide range of music genres. I guess I would go with “Day on the Green” in Oakland, Calif., in 1987. It was a road trip just to get to the Coliseum, which was completely packed. It was a thrill to be able to attend such a famous and long-running Bill Graham-promoted, general-admission concert.

If you could see any musician, alive or deceased, play a concert for one night, who would it be and why?
Gilman: Why not go big and go with Wolfgang Amadeus Mozart playing in Vienna, or Johann Sebastian Bach playing his fugues on an organ in church? There are so many musicians that I admire, but when you think about the development of Western music, these guys were among the giants that truly shaped history with their compositions. You don’t think I would have to wear a powdered wig at the event, right? That could be a deal breaker!

What song was most memorable for you throughout your childhood, and what do you remember about it the most?
Gilman: That would be “Tom Sawyer” by the band Rush. I’ll never forget the first time I heard that song. I was on the school bus in eighth grade when an older student cranked this song on his boom box (that would be a large portable stereo system for your younger readers!). The sound and rhythms were so different than anything else I had heard — it blew my mind. I spent the better part of the next 10 years trying to perfect being able to play all the songs on that Rush album.

What is the best thing about the MI industry?
Gilman: It is the chance to work with and hang with other folks that have similar interests. Most years after Summer NAMM in Nashville, I ride with a group of other motorcycle enthusiasts in the MI business throughout Tennessee and North Carolina. We always make sure to ride the famous Tail of the Dragon between the two states. It is fun to work hard and play hard with some good friends that I have had the chance to meet in the industry.