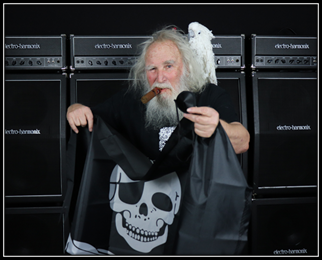 “The infringement was so bold and blatant that Shenzhen Mooer audaciously copied the Electro-Harmonix copyright notice in the software powering the C9 and Micro POG. After becoming aware of this piracy, Electro-Harmonix retained counsel and aggressively sought recourse,” the company stated.

“Electro-Harmonix has successfully won battles with labor racketeers in the U.S.A. and ruthless mobsters in Russia,” said Mike Matthews, president of Electro-Harmonix. “After almost two years of fighting, the Chinese courts have awarded Electro-Harmonix a nearly six-figure judgement. Our victory is now complete and these ‘pirates’ have walked the plank!”