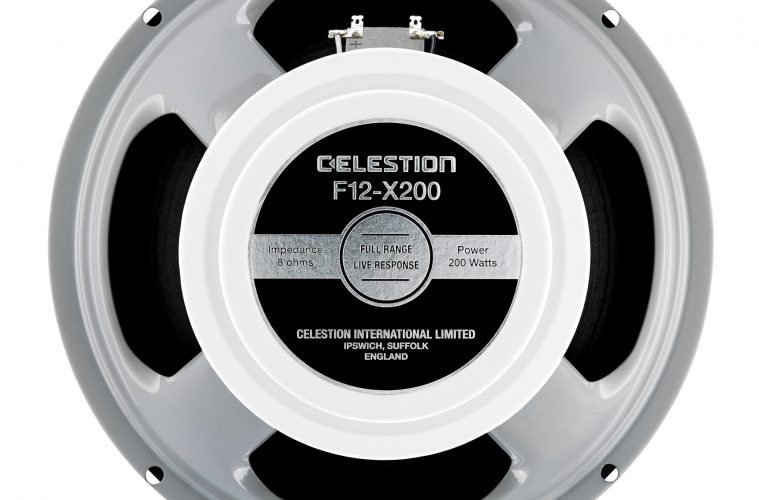 One company that always has a significant presence at The NAMM Show is Celestion. Founded in 1924, Ipswich, UK-based Celestion has been influencing guitar tone with its speakers and amp builders since the early days of rock and roll. Given the amount of time Celestion has spent creating products in this market, the company has gained an understanding of what factors contribute to great tone — taking everything from material types to adhesives to manufacturing processes into account when designing its latest products.

According to John Paice, marketing/artist relations at Celestion, this knowledge and understanding allows the company to design speakers with new features that stand out in the industry. “That means we’re not afraid to go back to the beginning, to look again at each element and how they work together to build a guitar speaker from the ground up, something that’s genuinely new, unique and groundbreaking,” Paice said. “We believe we’re the only company that invests in this in-depth level of research and development effort for the production of new guitar speakers, and that’s what sets us apart from our competition.”

The company’s research and development efforts have gone into the production of many new products, including Celestion’s recently released F12-X200 Full Range Live Response guitar speaker. The F12-X200 is intended to stand apart from other full-range, flat-response (FRFR) guitar speakers due to its live response, though it maintains many of the benefits of your average FRFR speakers.

“For guitar players who are working in the digital domain using modeling and profiling amps to generate their tone, it’s becoming increasingly common to see the use of a ‘full-range, flat-response loudspeaker,’” said Paice. “This is often simply a monitor loudspeaker or a purpose-built cab with a PA speaker (often coaxial) inside. The benefit of the FRFR speaker is that it has a neutral, linear response, so you can dial the tone you want into the profiling amp, confident in the knowledge that you will hear the same thing coming out of the speaker.”

The F12-X200 guitar speaker delivers a frequency response anywhere from 60Hz to 20kHz, making it capable of accurately reproducing the complex soundscape of the emulated tone: amp and cab, microphone and room acoustic, and whatever else the user wishes to add. The higher-frequency part of the signal is reproduced using a Celestion HF compression driver, which has been integrated using a crossover circuit. This enables the user to reproduce the entire spectrum of audible frequencies when operating the F12-X200, regardless of what environment or setup the user is emulating.

Though the F12-X200 falls into the FRFR category, it has a lighter moving mass and straighter-sided cone, both features that are similar to those of more traditional guitar speakers. These features give the F12-X200 the feel and tactile response of a more conventional speaker, delivering feedback users would normally receive from a conventional guitar rig. Added to the FRFR features, which allow the F12-X200 to produce musical-sounding distortion through thinner cones and sympathetic materials, this enables the F12-X200 to deliver a full-range live response, as opposed to just delivering a full-range flat response.

“This speaker is for those players who aren’t fully satisfied with an FRFR speaker, perhaps finding them sterile and lifeless,” Paice continued. “The F12-X200 is designed to feel like playing through a traditional guitar speaker, but as a true full-range speaker, will reproduce accurately and in fi ne detail every aspect of the tone being modeled by the amp-modeling equipment.”

And users can take advantage of the F12-X200’s similarities to more traditional guitar speakers, as they can treat it like a conventional speaker when necessary. “Simply use it when swapping out the speaker from an existing cab, and you have an instant, full-range cabinet, ready to go,” said Paice, who added that the F12-X200 can be used in a backline cab or a wedge monitor, on stage or in the studio.

“What makes the F12-X200 cool is that it’s the first of its kind to offer the tactile feel and response of a guitar speaker combined with the full-range capability of a conventional FRFR-type PA speaker,” Paice concluded. “What’s also cool is that you can treat it like a guitar speaker. Simply swap out the existing guitar speaker in a 1×12 cab with an X200, and you have instant, full-range cab. The built-in crossover means there’s no tricky calculations, wiring or soldering to do.”

Celestion prominently displayed the F12-X200 at its NAMM Show booth last month. Though there are currently no official plans to extend the F12-X200 product series or line, Paice believes that the company could decide to do so depending on customer demand. “Further options could include a version with a 15-inch chassis,” he said. “Or maybe a neodymium magnet for lighter weight.”

The MSRP for the current F12-X200 model is $169, and it is currently available for purchase.