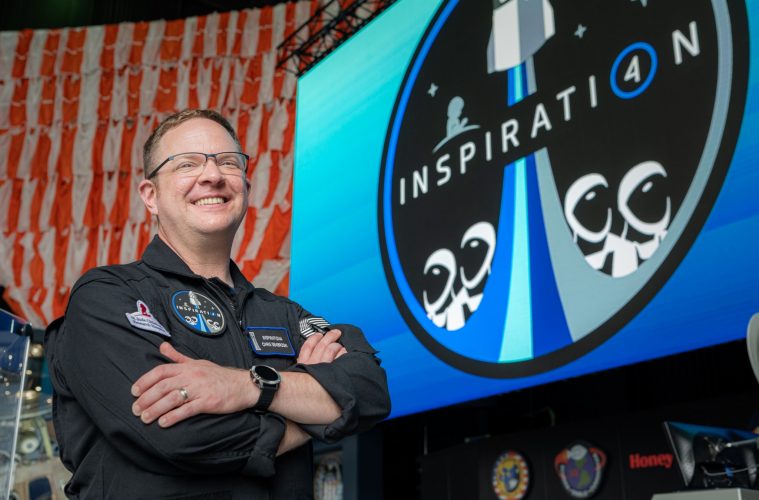 On Sept. 15, history will be made when for the first time an all-civilian crew of astronauts will launch into space. Astronaut Chris Sembroski will bring a custom Martin Ukulele with him and perform in space on the three-day SpaceX mission orbiting earth. Upon return the uke will be auctioned to benefit St. Jude Children’s Research Hospital.  The entire mission is also the focus of an upcoming Time/ Netflix documentary.

Brought on the mission will be the C.F. Martin Inspiration4 Ukulele, which the company states  is an original work of art. The soprano ukulele was made specifically for this SpaceX mission and is adorned with the Inspiration4 mission patch on the fingerboard, inlayed by master craftsman Brent Williams.

After the mission, the uke, which will be played in space by Chris Sembroski, will be signed by the crew and auctioned off to benefit St. Jude Children’s Research Hospital. The Inspiration4 mission has a goal of raising $200 million for St. Jude’s.

Martin guitars and ukuleles have been just about everywhere on earth and beyond. In 1926, a Martin ukulele famously tagged along on Admiral Richard Byrd’s exhibition to the North Pole. And in 1994, the first guitar to ever go to space was a specially designed Martin Backpacker that hitched a ride with astronaut Pierre Thout on the Space Shuttle Columbia.

The ukulele is made from sinker mahogany, an environmentally friendly wood taken from logs that were submerged in the rivers of Belize over 200 years ago.

Inspiration4 is the world’s first all-civilian mission to orbit. The mission will be commanded by Jared Isaacman, the 38-year-old founder and chief executive officer of Shift4 Payments and an accomplished pilot and adventurer. Inspiration4 will leave Earth from Kennedy Space Center’s historic Launch Complex 39A, the embarkation point for Apollo and Space Shuttle missions, and travel across a low earth orbit on a multi-day journey that will continually eclipse more than 90 percent of the earth’s population. Named in recognition of the four-person crew that will raise awareness and funds for St. Jude Children’s Research Hospital, this milestone represents a new era for human spaceflight and exploration.

To learn more about the space flight, visit https://inspiration4.com/mission