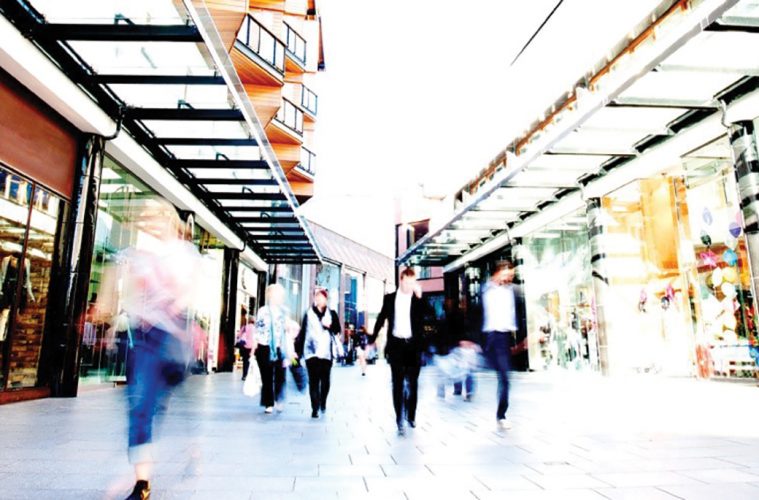 The 2016 Christmas Season (and, in retail terms, it’s hard to call it anything else) is in the books and, from my perspective, it was more positive than negative. Although many retail pundits published articles with clickbait titles—for example, “As Online Sales Boom, Is Brick-and-Mortar On The Way Out?”—a more careful read would suggest that, despite dramatic changes, the evolution of retail is not as simple as one channel replacing another.

It’s true that online sales grew by double digits compared to 2015. However, as retail analyst Greg Maloney noted in Forbes online, “Online sales are still in their nascent stages compared to traditional brick-and-mortar sales and, therefore, they are operating off a much smaller base. When you calculate percent growth off a much smaller base, it’s far easier to have more impressive numbers.” It’s crucial to remember that, despite the increases, government stats indicate online sales are still just over 11 percent of total retail sales. That is significant, but it’s far from a brick-and-mortar death knell, even at the current rate of increase.

Also encouraging is a newly published Pew Research Center report. Although it indicates that as many as 80 percent of Americans do some of their shopping via the Internet, it also discovered that more than 65 percent of online shoppers would prefer to shop in a store if they had the option. It’s important to note that “the option” is where price, inventory availability and physical proximity come into play. Those are the factors hurting physical retail.

Statistics also indicate that the biggest gainers are “blended” channels: options that allow you to buy online and pickup in-store, and physical retailers that leverage their brand identity in their online presence.

Of course, methodology is a little soft in these emerging channels, too. PayPal tells me that more than 90 percent of my PayPal revenue is mobile. No, it’s not. My PayPal Here app resides on an iPad on our sales counter. Those are brick-and-mortar sales. It’s fair to ask how many sales reported as mobile occur at a physical retail location; that level of reporting, however, is not yet in place across the board.

My personal experience—both as a consumer and as a retailer—bears this out. I shopped in stores that were more active and better stocked than last year, with more sales help who were ready to assist. Granted, I wasn’t looking for Hatchimals or consumer electronics, so I missed the real madness. Nonetheless, plenty of people were there with me, and they were buying.

At my store, I noticed many more customers coming to us for their needs this year. They were glad that we had the items on their shopping list, or happy to have us order for them. The concept of a biological shopping assistant is alive and well, and humans still trust humans more than bots that run algorithms. I’m now seeing pullback by people burned or scammed by, or disappointed with, online shopping. A growing number is opting for in-person shopping, just as others start to do their shopping online. I can envision slowing growth as people become more selective about what they will buy on the Internet, and from which sources.

There’s an echo chamber in place, though. Just as many iPhone owners think the majority of people own an iPhone (when, in fact, more than 75 percent of the market is Android), many heavy online shoppers seem to believe that buying everything online is inevitable. Rather than throwing in the towel and succumbing to that supposed destiny, and rather than denying the existence of a transformative trend, we need to adapt continuously for our stores to remain viable in today’s market.

We also need suppliers on board: not some half-hearted feint of support but, rather, full engagement. Why? Because—surprise!—supplier survival is at stake, too. At least one savvy manufacturer in our industry understands that. I’ve had conversations with representatives and managers, and they realize that most online merchants list products by a database load, not by selective curation. No one proselytizes for new products. Instead, it’s up to the consumer to parse an undifferentiated selection. Product benefits are ubiquitous bullet points (often unread); suggestions come from an unreliable or ignored algorithm; and reviews, when posted, can hurt as much as they help. And that’s just for the legitimate products; counterfeits, as we’ve discussed, are worse.

So, that manufacturer is giving physical retailers that support its products a price advantage, making it possible to compete against online pricing. It is policing Amazon and eBay to ensure that only its (diligently authorized) dealers sell its products. The company is investing in brick-and-mortar retailing not out of nostalgia or even out of loyalty (although that’s also there) but, rather, because it’s convinced that—in our industry, at least—brick-and-mortar stores are an important part of the picture.

There are many other ways that suppliers can support physical retail. I think we’re missing an important one, though. While we’ve adapted to fight our trench war against online sellers, many suppliers remain mired in 20th century practices. (A reminder: This is the 21st century.) If we are to go up against “always-on, everything-available-with-rapid-free-shipping” competitors, where’s the sense of urgency from suppliers?

Why do some of our supply companies still close for lunch? Why do so many suppliers on Eastern Time close at 4:30pm, cutting off the west coast right after lunch? Closed 10 days for inventory around the holidays? American retail doesn’t run that way anymore. Please don’t talk about “B2B” online ordering when many sources can’t even e-mail me a tracking number when my order ships.

Too many others take a day to return an e-mail or a call. Even more of them are habitually out of stock, even as plenty of their products are available online. Please tell me how we can compete with Amazon if you aren’t doing your job.

It isn’t even about price as much as availability. I clocked about $2,000 in sales lost this Christmas Season to supplier sluggishness. I had the sale. Suppliers didn’t respond, didn’t have product or didn’t get it right. We all know, too, that it isn’t just “a lost sale”; it’s also a lost customer, driven to another channel, along with every dollar he or she might have spent with us for years.

Evidence indicates that the majority of consumers will still shop physically if the retail experience is good. We need to take care of the storefront, and suppliers need to have our backs. In many ways, we are now a service industry as much as a commodity industry, and service—in every direction—is our best hope. Customer service isn’t just “fixing mistakes”; it’s a way of life. It shouldn’t just be the privilege of high rollers, either. Our baseline level of service should be impeccable.

We all should do our jobs as if our lives depend on it. Because they do.