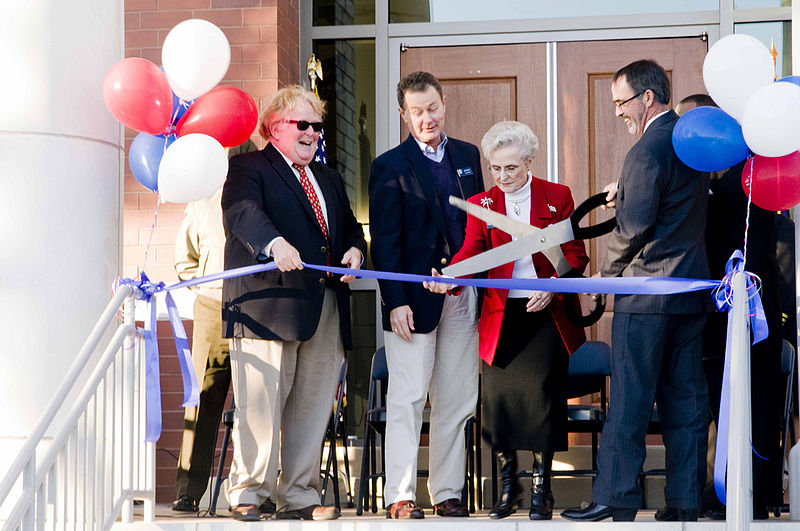 The event will feature continuous musical performances throughout the day, both inside and outside the new building, by a variety of local musical groups, individuals and bands. Many prominent manufacturers of musical equipment will be in attendance and showing their gear, most notably guitar string manufacturer Curt Mangan; Crafter Guitar Company President Joe Arias; Reverend Guitars Owner Ken Haas; Electrical Guitar Company’s Kevin Burkett; internationally renowned amplifier and pedal builders John Landgraff, Rick Hayes, Bob Burt and Arlon Prince; and the featured guest, Fred Gretsch, the third-generation Owner of the Gretsch Guitar Company. Gretsch will be making a presentation on the “History of Gretsch Guitars,” and signing copies of the Gretsch Limited Edition Beatles Guitar Book.

His presentation will be followed by a performance by local Beatles Tribute band “Not Quite Fab.” Gretsch and Fender Musical Instruments have donated a $5,000 Gretsch George Harrison Signature Duo Jet Guitar that will be one of many guitars, drums and other pieces of musical equipment to be raffled off at the event. Besides the above-named manufacturers, there will be musical equipment donated by Music Link/Recording King, Yamaha, Vox, KMC, Stagg, Zildjian, St. Louis Music, Rocktron/GHS, VHT, Blues Angel Music and others. In total, there is more than $12,000 worth of musical equipment that has been donated by these participating manufacturers.

When asked about the response by his vendors to the request for contributions for this event, Jim DeStafney, Owner of Blues Angel Music, said, “I am absolutely blown away by the extreme generosity displayed by our team of manufacturers. Fred Gretsch and Joe Carlucci of Gretsch/Fender started this ball rolling with their offer to donate the George Harrison guitar. When we started asking others to join in and make a contribution, the response was almost 100 percent ‘YES!!’ The high-value nature of the contributed items has resulted in brisk raffle ticket sales. We’re expecting a huge turnout for this event!” All of the proceeds of this raffle will be presented to the USO and to the Red Cross. Tickets can be purchased at the event or throughout the month of February at Blues Angel Music.