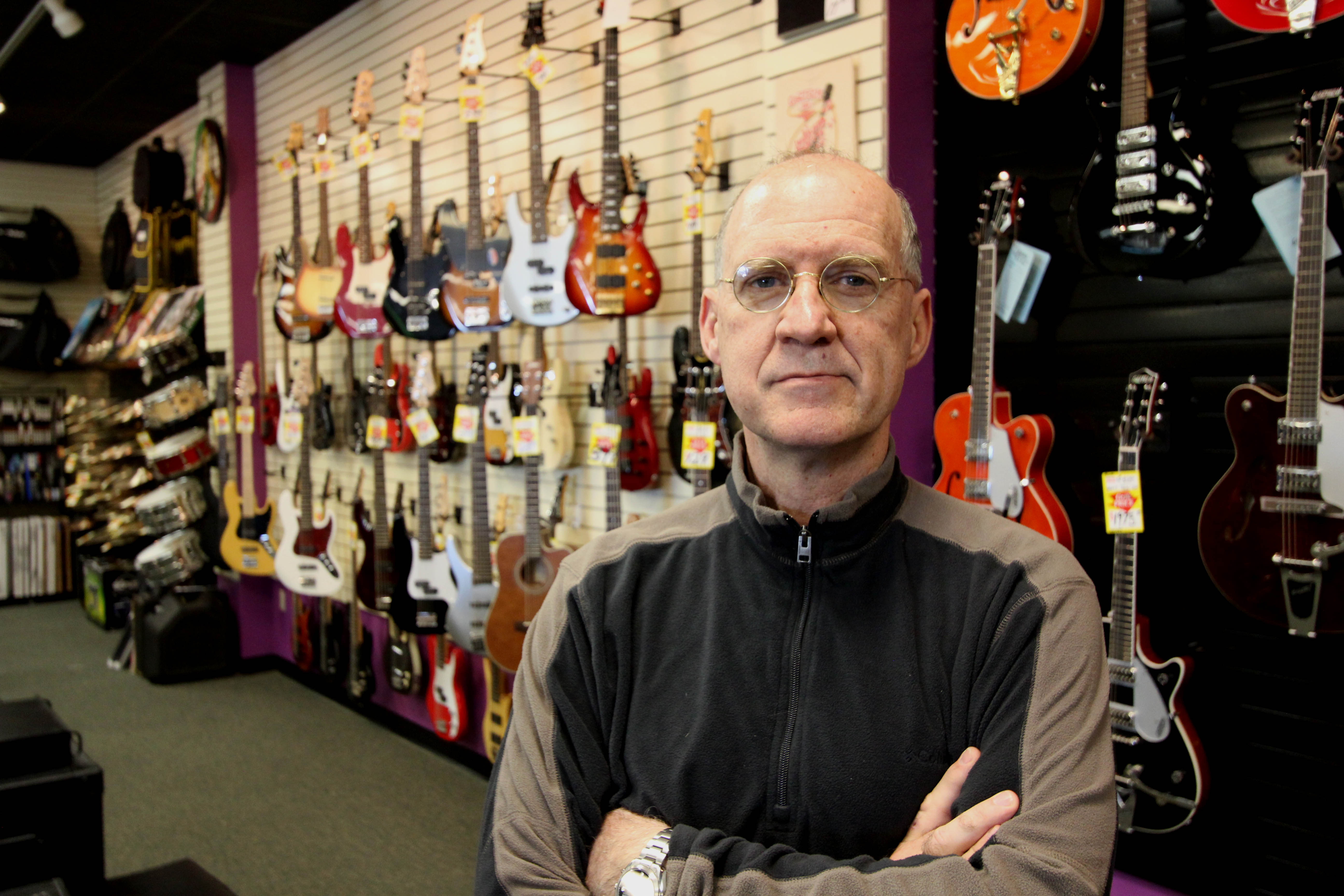 Despite pouring rain that lasted all day, the grand opening of Blues Angel Music’s new location in Pensacola FL was a huge success, with more than 1,000 customers visiting on March 3. This marks the third time Blues Angel Music has expanded into larger quarters. The new venue at 657 N. Pace Blvd. was the former location of Harris Music and Sound/Play Hard Music.

Keeping a small business thriving in today’s economy can be more than a challenge, but DeStafney credits his success to leveraging social media and Internet sales with a brick-and-mortar storefront, combined with embracing opportunities. This is the 15th straight year with double-digit growth; last year, the store grossed $1.6 million and, this year, it will sell its 10,000th guitar.

“Just opening the door and expecting folks to walk in and buy something wouldn’t have let me last very long,” added DeStafney. “I think the key to our business model has been that we offer services as well as product lines. Internet sales are strong, and our Facebook page is constantly updated with sales and performance updates. Lessons are a big part of it, too. We not only sell the instrument, but we also teach students to play.” Blues Angel offers new and used instruments and band instrument rentals, including repair and customization services for guitars and amplifiers.

“Offering used instruments and taking trade-ins gives us a lot of flexibility in a down economy; instead of having to pay more than $1,000 cash for a new American-made Strat, they can trade in their old guitar or buy a used one that’s in great shape and has been checked out by our techs,” added DeStafney.

In addition to sales, services have added significantly to Blue Angel Music’s bottom line. “One of our biggest growth areas has been the repair of guitars, amplifiers and sound equipment,” said DeStafney. “It’s easy to find a vintage guitar or amp on the Internet, but, if it arrives damaged or breaks, what do you do then? Finding a need and filling it has been an important part of our growth.”

Attending the grand opening of the new location were several manufacturers’ representatives, including Fred Gretsch III, President of the legendary Gretsch Guitars, which has been supplying musicians, including George Harrison, Neil Young and Brian Setzer, for more than 125 years.

“Although Blues Angel might not sell as many of our instruments as the online retailers or big-box stores do, they provide personal recommendations, service and instruction, which the other stores can’t,” said Gretsch. “Local small businesses with the personal touch have been very important to the Gretsch name throughout our history.”

“Independent retailers are the backbone of the music industry,” he said. “Their salespeople are aware of the quality and craftsmanship we put into our products and they communicate that to the consumer. The independents put their blood, sweat and tears into making music and sharing it with their customers. Jim is a perfect example of that.”

DeStafney is not only a guitar lover and music store owner, but also a musician, as well, playing as “George Harrison” of Not Quite Fab, a Beatles tribute band playing locally around Pensacola, including the popular “Bands on the Beach.” For every performance, each member dresses the role, decked out in grey suits, wigs and boots, and boasting a perfect British accent. Not Quite Fab was one of the many live acts that played during the grand opening celebration.

“In the band, we use the same kinds of instruments to get that trademark Beatles sound,” said DeStafney. “Having the exact equipment, striking the first chord from ‘Hard Day’s Night’—the audience doesn’t have to guess what we’re playing. Owning a store that specializes in vintage equipment didn’t hurt.”

As part of the grand opening, Blues Angel Music held a charity raffle, with 100 percent of the proceeds equally split and donated to the American Red Cross and the USO. Raffle items consisted of numerous instrument donations from the store’s vendors, and included a Gretsch George Harrison signature guitar valued at $5,000.

“I think it’s very important for businesses to be a part of the community and give back,” said DeStafney. The raffle netted nearly $9,000 for the Red Cross and USO.

DeStafney, a former fighter pilot and technical advisor for the movie “Top Gun,” chose the music business over flying for the airlines when he retired in 1997; he hasn’t looked back. As the business has grown, it has become more than just a post-retirement job for DeStafney.

“My customers have become my friends, and my employees have become family,” he added. “I’m hoping this new location will serve us all well and continue to help us grow. It will be interesting to see what the next 15 years will bring.”