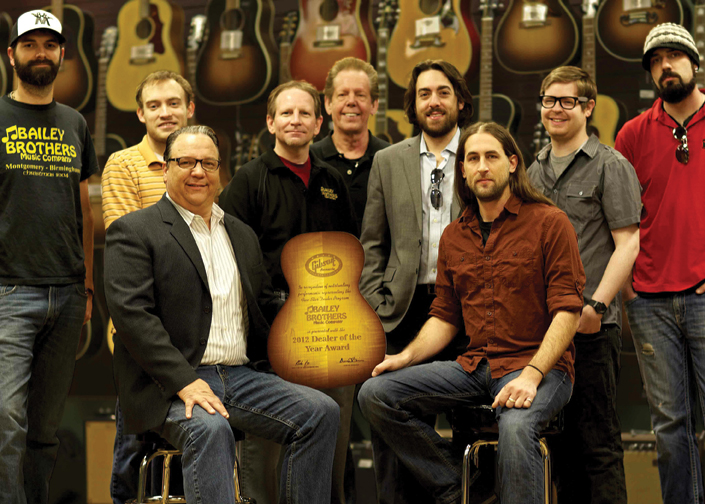 Hometown business Bailey Brothers Music Company, a musical instrument retailer from Birmingham and Montgomery AL, has been awarded Gibson Acoustic Five Star Dealer of the Year for outperforming independent dealers in markets five to 10 times larger than Birmingham, while providing the top-notch service for which Gibson’s elite Five Star dealers are known. Bailey Brothers Music has been in business since 1986, originating with a small 5,000-square-foot store in Montgomery operated by brothers Paul and Clay Bailey. They have now expanded to three stores: two in Birmingham and one in Montgomery, plus an online division called Wholesale Music. Orville Gibson began building guitars in 1894, and Gibson guitars are among the most highly regarded instruments in the world. According to Bailey Brothers, it is honored to receive such a prestigious award.