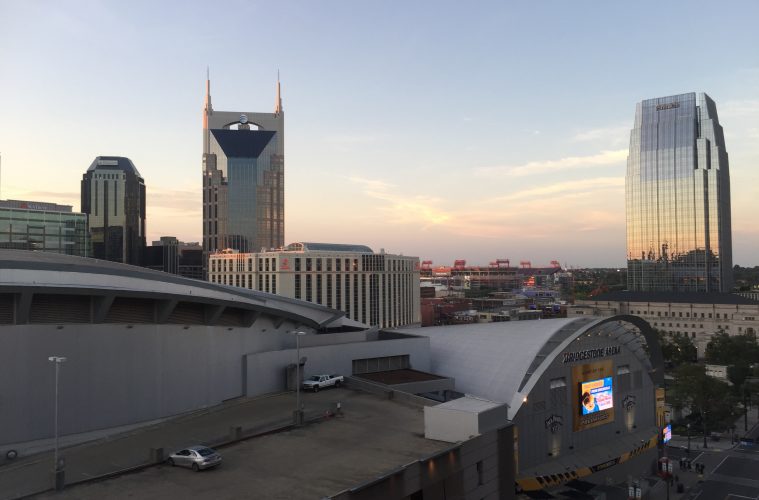 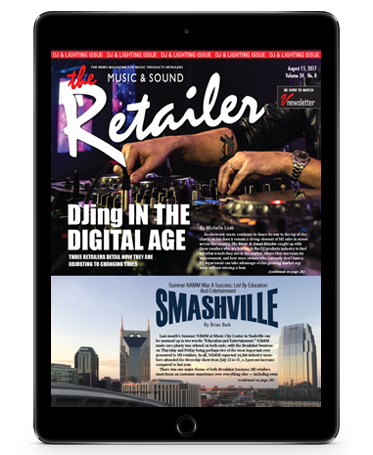 DJing in the Digital Age

As the keynote in our DJ & Lighting issue, Michelle Loeb takes an in-depth look at the industry, including what’s hot, how to find new customers and make your store DJ ready. Helping her out are several of the most successful MI DJ retailers, including Music Trends, Chuck Levin’s Washington Music Center and Canal Sound & Light.

Summer NAMM in Nashville last month had to be considered a success, evidenced by a 2-percent attendance rise. Find out what worked at the show, with education and entertainment the primary drivers.

A photographic look at last month’s big winners at the NAMM Top 100 Dealer Awards at the Music City Center in Nashville.

The Retailer speaks with Tarik Solangi, RCF USA’s vice president of sales, who offers plenty of information about why he enjoys his role, the latest and greatest from his company, and why MI retailers are so important to the company.

Will the world’s greatest sleuth find Brotherly Love in the Philadelphia area? The quick answer is “yes,” with one retailer standing out in his/her mind.

Steve Zapf, president of Music & Arts provides plenty of insight regarding why the MI retailer is not dying — despite news headlines regarding a general brick-and-mortar malaise — and why MI retail can still thrive.

Allen McBroom explains why the music store should be a shrine to happiness, as opposed to letting any negative influences from the outside world seep through its doors.

It took a lot for Cream City Music to become the Cream of the Crop in its Brookfield, Wis., neighborhood. It began in a spare bedroom in 1999, where an eBay business was founded to sell CDs and musical instruments. The business then grew into a small retail store and, in 2006, quadrupled its size to a 6,000-square-foot location.

Social media is an important (and inexpensive) way to drive business to your store. Gabriel O’Brien provides eight tips on how to up your
Instagram game.

Dan Vedda takes a detailed look at Electro-Harmonix’s decision to part ways with Amazon. Find out why he thinks this could work for the industry at large.

Blackstar Amplification is celebrating its 10th anniversary this year. We take a look at its VENUE Series MkII amps and its many features, including its USB connectivity, which could be a major selling point for those interested in home recording.