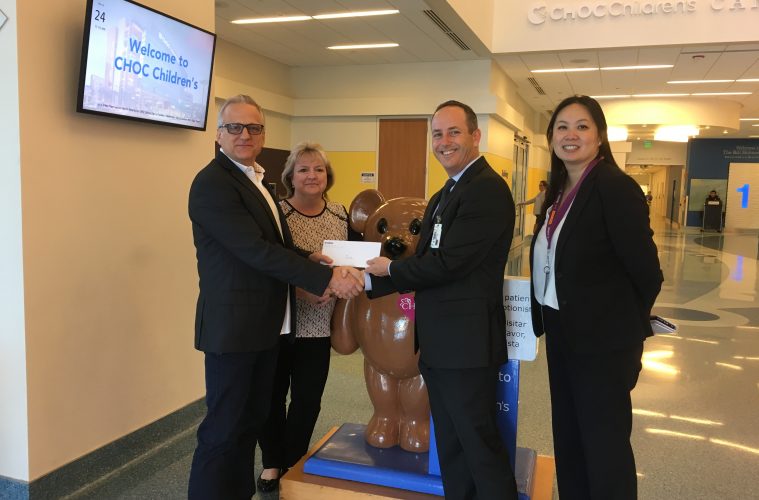 For the ninth consecutive year, Yamaha Cares participated in the Southern California Half Marathon and 5K races to raise money for type 1 juvenile diabetes research at Children’s Hospital of Orange County (CHOC Children’s). Earlier this year, more than 10 Yamaha staff members and friends completed one of the two races, and more than 100 individuals made donations. A few months later, Yamaha Cares and KatrinaKures presented CHOC Children’s with a check for $15,640, bringing the grand total of overall donations from the annual event to more than $110,000.

“This fundraising effort keeps getting bigger and better each year,” David Jewell, Marketing Communications Manager, Yamaha Corp. of America, said. “The money we raise has no strings attached, and 100 percent of it goes directly to research, which we hope will one day lead to a cure for this disease.” Jewell is personally invested in the cause, as his daughter was diagnosed with type 1 juvenile diabetes when she was just 13.

For the third year, Jewell ran a concurrent CrowdRise campaign, KatrinaKures, to encourage online donations. In addition, local merchants pitched in, most notably, The Corner Bakery in Anaheim Hills CA and Tempo Urban Kitchen in Brea CA, which donated food for the post-race celebration. Ninety guests attended the party at Jewell’s home after the race.

The 10th anniversary effort promises to reach even greater heights. Manheim Auction has agreed to raise funds for KatrinaKures this coming November and December.