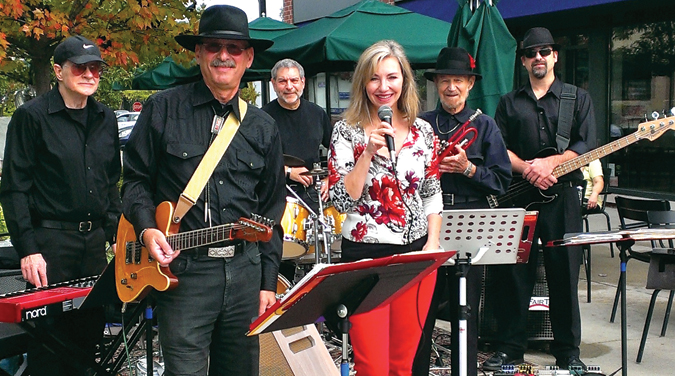 Anniversaries are often a time for reflection. And, when you’re in the music products industry and your business reaches the 50-year milestone, that’s definitely cause for celebration. Such is the case for Bob Gand, whose Village Music Store (Deerfield IL) is currently celebrating its “golden anniversary,” according to coverage from the Lake County News-Sun, from whose original reporting this summary is culled. Gand began teaching guitar classes in his home in the early 1960s, but had no idea he was planting the seeds of a Deerfield music store that would grow for the next five decades. After two years, the growing number of students forced Gand to rent space in an American Legion Hall to teach. Three years afterward, he had to move his Village School of Folk Music to an even larger space, again to accommodate its growth.

By 1970, Gand departed from his “day job” with a lighting manufacturer and commenced working in music full time. Over the next several years, his business continued to grow. He moved once again, and changed the school’s name to Village Music Store. Additionally, he expanded to open new branches in Buffalo Grove in 1979 and Libertyville in 1981. Both of them lasted about 10 years. According to Gand, when all three locations were operational, they were delivering some 10,000 lessons. Now slimmed down (although only somewhat), Village Music Store’s teachers led about 5,000 lessons last year.

“The reason we’ve been able to do 50 years is partly because of my training,” the Lake County News-Sun quoted Gand as having said. “Besides being in the corporate business world, I’ve been an Eagle Scout and a corporal in the army. Our slogan is, ‘We teach, sell, rent and repair all instruments from A to Z.’ But the main operation was the school.”

Gand is a stickler about immediately taking care of everything inside his store. If someone wants a certain item but it’s not instantly at hand, staff members go and find it for the customers. In addition, staff calls the day before a scheduled lesson to remind students of their upcoming appointment. Ten to 20 teachers work at the school at any given time, and they all have music degrees. In fact, most have master’s degrees. They are all multi-instrumentalists—as is Gand. He plays every one of the instruments on site, he emphasized.