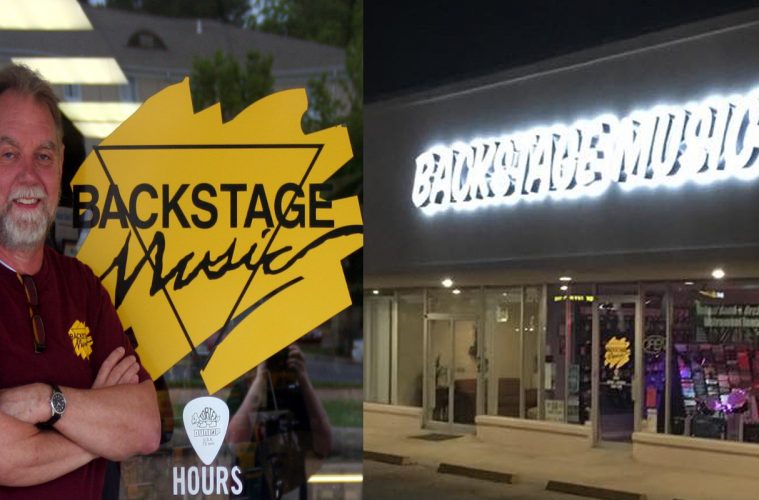 Backstage Music is not only the source for the “In the Trenches” column in this magazine. The store, and specifically, its partner Allen McBroom, have quite a story to tell.

When businessman Allen McBroom first started shopping at north Mississippi music store Backstage Music in 1980, it had been approximately two years since founders Jim Beaty and Bruce “Bird” Crain, both bass players, opened up their guitar shop in a shopping center next to a record store.

“The two stores actually shared a door that connected the two businesses,” explained McBroom. “A customer could walk into one business, shop, mill around, and then move into the other business. Since one business’ focus was vaguely related to the other store’s focus, it wasn’t a bad coexistence.”

The store focused on guitar, bass and drums at the time. Gibson, Takamine and Pearl were the first large brands willing to give a chance to two recent college graduates with no business experience. McBroom would soon add his own years of business acumen to the mix when he became Backstage Music’s third partner.

“I would like to come into the store and hang around, and after a while, I approached Jim and I asked him to sell me the business. He said ‘no’ but offered to make me a partner,” recalled McBroom. McBroom has a long background as a business manager; he ran his first business when he was 14 years old — a dairy bar at a recreational lake. “That’s when I found out how easy it is to not make money,” he said, jokingly. Since then, he has worked in a variety of industries ranging from restaurants to garment factories to radio stations to hospitals. It’s those experiences that he draws upon when setting the tone for Backstage Music’s customer service.

“In the hospital, I dealt with people who had to have what it was they were paying for, and we had to work out the business end any way we could to get them better so they could go back to work,” said McBroom. “The music industry isn’t that way. Customers will get something because they’ve always wanted to try it or because it was cool. But I try to look at them the same way as I did those who had no choice,” he continued. “If they have a desire, then something inside them is saying that they need that. Otherwise, they wouldn’t be here. So, I try to make that happen for them.” 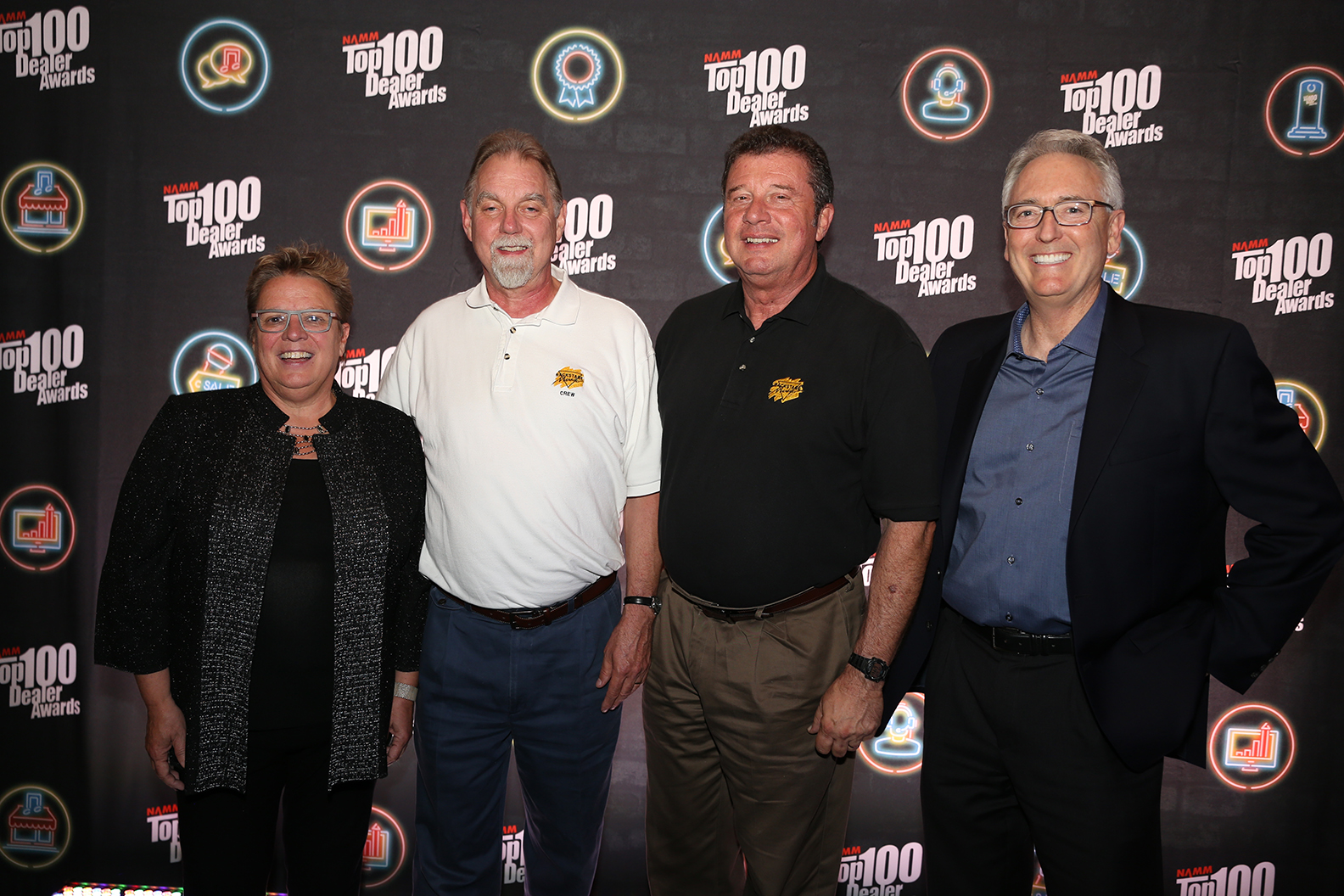 That philosophy applies not only to in-store sales, which are handled by a staff of “three and a half,” according to McBroom, but also to the AV contracting, MI repairs, PA rentals, band instrument rentals and lessons that drive Backstage Music’s revenue. And McBroom makes sure that the people he hires share that philosophy because, unlike musicianship and salesmanship, compassion can’t be taught.

“We’re not hiring them to do concerts or impress the public; we’re hiring them to match customers with the gear that best meets their needs,” said McBroom. “Our customers want to be appreciated, and they want to feel like they are being serviced, not processed. We sell the same stuff as everyone else. All that sets us apart is the people.”

That focus on relationships has helped to foster decades of customer loyalty. Someone who bought their first set of strings at the store 40 years ago is likely to still be coming into the store today. That’s due to the honest and personal approach that Backstage Music puts into every interaction.

“I have customers who come in and want to buy a violin for their 8 year old, and I tell them not to because they’ll outgrow it and they should rent. Let us take care of it, and you build credit toward buying a new instrument. They appreciate that,” McBroom explained. “There aren’t many businesses where you say that you want to buy something and they say you have better options.

“You’ve got to meet the customer where they are,” he continued. “When they come in here, they are looking for their best day. I want them to walk out and tell their spouse what a great experience they had here.”

Being part of the community is something that is important to McBroom, and that sense of togetherness is evident in the way he treats those who enter his store.

“We live in a small town of 23,000 people. I’m going to run into them at church, at Walmart, at the grocery store, and I want them to say ‘Oh, that’s the man from the nice music store,’” McBroom said. “Your business has to be viewed through the lens that we are locals like them, we are knowledgeable and our knowledge is at their disposal.” 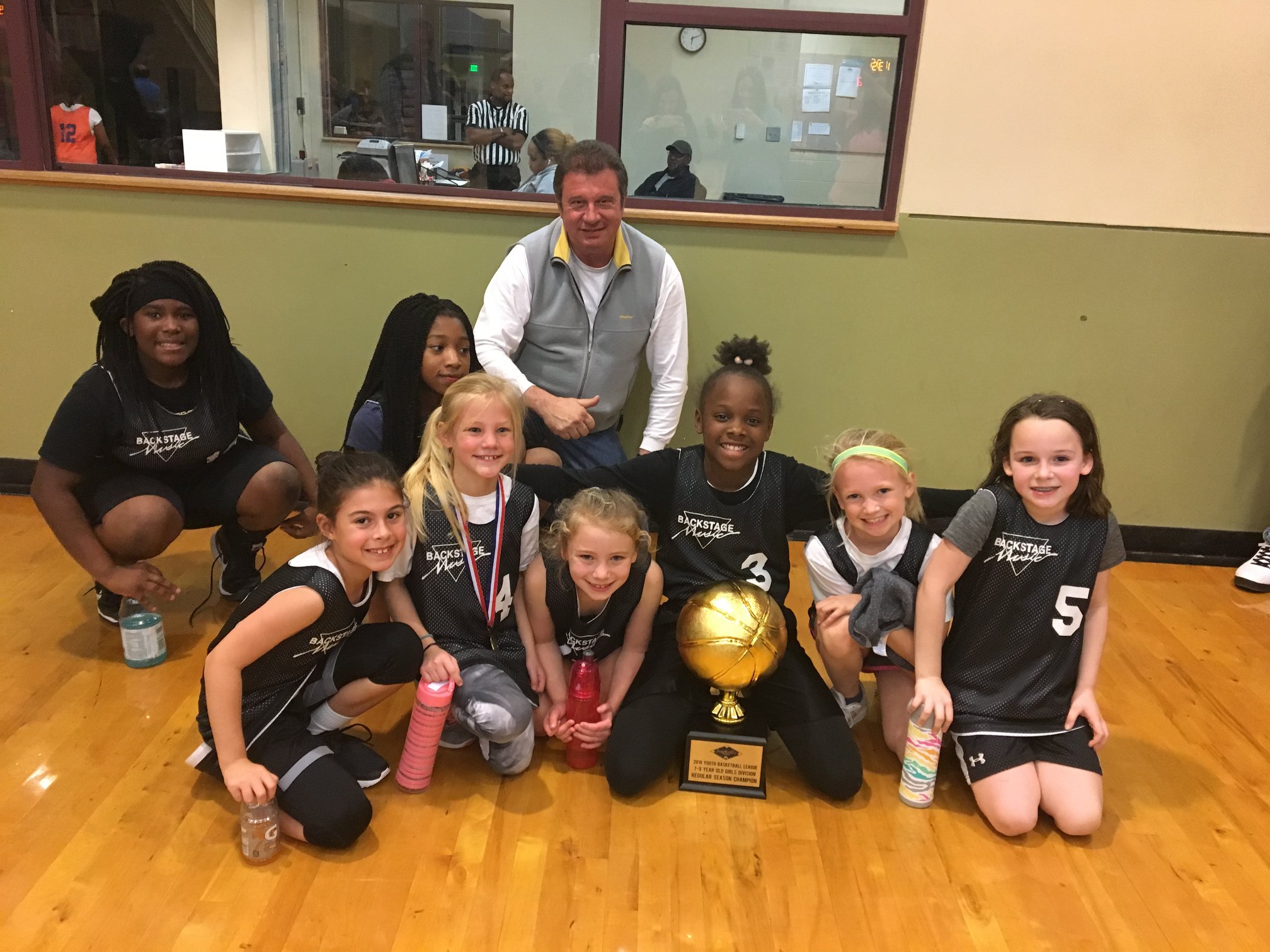 Backstage Music backs its community, as is evidenced by its support for a local youth basketball team.

That sense of community is evident in many of the music store’s events and activities, such as its annual Spring Cleaning Day, where it invites the public to use its parking lot as their own music-related yard sale area, complete with doughnuts, coffee and music. But it also extends outside of the business. McBroom is a member of the local BSA council, a former Scoutmaster and a fifth-degree black belt in Kukkiwon Taekwondo, who has taught free martial arts classes for more than 20 years as a community service. His business partner, Jim Beaty, is also a local church leader and an Eagle Scout. McBroom believes that being involved in community-oriented activities like these is important for understanding what your customers’ lives are like and what they may be going through. It also helps him and his staff to see beyond themselves and offer a kind ear and exemplary customer service that will set them, and the store, apart from everyone else.

“It’s important that the music store not be your whole life,” said McBroom. “Find a way to volunteer and plug into your community. That will educate you on what customers deal with outside of the store and that will make you a better person and, in turn, a better employee.

“There are 100 ways to do it. If you can’t find a way, create a way,” he concluded. “The most important people in our lives are those who serve us without reward. Then, back at the store, you understand them and they trust you. You’re not some guy trying to take their money. There is no substitute for that.”