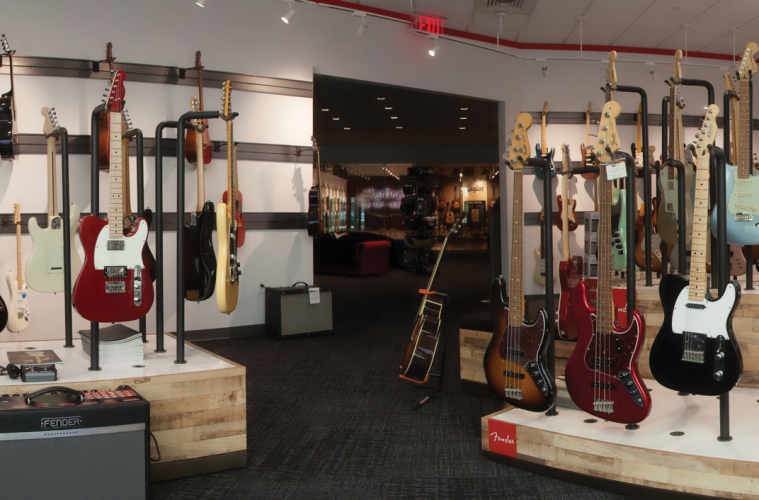 Shine a Light: A Day at The Zoo

The Music Zoo, under the leadership of president Tommy Colletti, has been a steady presence in the metropolitan New York City music community for more than 25 years. The Music Zoo started out in Little Neck, Queens, where it stayed for 17 years before moving into a larger store in an area of Roslyn, Long Island, which was rife with music history. The store finally, in June 2019, settled in a 21,000-square-foot facility in Farmingdale, located in Long Island’s Suffolk County. While The Music Zoo has continued to grow into new storefronts, it has remained a place where musicians from all over the New York area can come to find “everything you could need for guitar and bass,” according to Colletti.

This steady growth has occurred in an industry that has been faced with new challenges that Colletti said have put additional pressure on independent music store owners, to the point that he noted the lack of many boutique guitar stores on Long Island today.

“I can’t say why it’s gotten harder to maintain a musical instrument store. Maybe it’s just the passage of time,” said Colletti, who sadly listed the death of Mandolin Brothers’ Stan Jay and the end of the “guitar mecca” that was Manhattan’s 48th Street as seismic changes that left a great impact on the industry.

“The store owners are also aging out, and the younger generation just says, ‘I can do this online,’ and opens a Reverb store and that’s good enough for them,” continued Colletti, who added with irony, “I guess we’re part of the problem, as well, because we are also an online dealer.”

The Music Zoo was a pioneer in online sales back when the store first began, setting up an ecommerce site long before its competitors. “We had an [ecommerce] site early on, and that helped set a trajectory and gave us a head start,” said Colletti. “Back then, it was tedious to set up a website and it was an arduous thing to do. It took years for some of our competition to catch up. Now it’s as easy as clicking a button to build an online platform.”

Despite having many of The Music Zoo’s sales originate online, “I think it’s in our best interest to maintain a footprint,” said Colletti. “I find there is less consumer loyalty online, but locally, people will come to you first because they want to go where they feel comfortable.”

Colletti went to great lengths to create a comfortable atmosphere in the new Farmingdale store, which effectively tripled the size of the Roslyn location The Music Zoo called home for 10 years. There are couches in the main room and art on the walls that spotlight the many guitar heroes who speak to the tastes of The Music Zoo’s diverse customer base. “Every guitar player is up there,” said Colletti.

Beyond providing a place of comfort and community, the new location is designed to give customers an experience that they can’t necessarily find while shopping online. The Farmingdale store is set up to not only offer a variety of new, used, and vintage instruments and accessories, but also a unique experience where brands like Fender, Taylor, Martin, Gibson and Yamaha were invited to build freestanding rooms within the store that are dedicated to their products.

“Our customer doesn’t just browse; they can really get a sense of the company’s products,” said Colletti. “Including a store inside a store isn’t anything new, but it wasn’t done much in the guitar world. We were the first store in the world to have a Find Your Fit Taylor room in our Roslyn store, and that was partially my idea,” laughed Colletti, joking, “not that I want to pat myself on the back.”

Another thing that sets The Music Zoo shopping experience apart from its competition, both brick and mortar and virtual, is the abundance of custom models available to customers. Colletti first got the idea years ago, when a customer inquired about a particular Gibson model and, upon further research, he discovered that it was a Guitar Center exclusive.
“That was very frustrating. It made me realize that we have to set ourselves apart, preserve our margins and offer exclusive products of our own,” he said. “[Some] companies have custom shops, so they are able to do one-offs, and it’s more palatable for them to do this for a small shop that only wants six.”

Colletti estimates that between 5 and 10 percent of the store’s stock is custom. Colletti and his staff will come up with new ideas for features, colors and patterns to add to existing models, or even speak to companies about resurrecting old models. “We get constant feedback from customers on the front line, and it’s cool to take that back to the manufacturers. Plus, we are all guitar nerds here, so thankfully there are enough ideas here that we keep coming up with new builds,” Colletti said. “The beauty of it is that we get these exclusives, but the downside is that they take a while to actually get in stock. If they sell quickly, it can take a year to get more.”

Events help to support the store’s sales and add to the community feeling Colletti hopes to cultivate there. All of the furniture is on wheels in order to easily facilitate clinics that bring in musicians such as Steve Vai, George Lynch, Guthrie Govan, Bernie Williams and Megadeth, to the delight of customers.

“At The Music Zoo, I’d like to foster a community where people can come to talk guitars and where you can sit with a guitar and discover it before speaking to a salesperson,” said Colletti, although he has noticed a generational divide in both his customers and his staff in this regard. “The younger generation aren’t talkers like the boomers, who like to come in and chat with us about the gear they own. I’ve noticed that my younger staff can have a harder time in dialogue with a 60-year-old customer,” said Colletti, who currently employs a staff of 20.

“The younger staff will text each other even when they are in the same room, but the older generation will walk an answer to someone.”

As time marches on and new generations of customers discover The Music Zoo, Colletti hopes to continue serving all of their needs while maintaining a successful business the community can rally around. “I want to keep upping the ante and growing this community of guitar players,” said Colletti. “That’s the goal for the next 10 to 20 years.”

To read other reports from the Music & Sound Retailer‘s Shine a Light, click here. 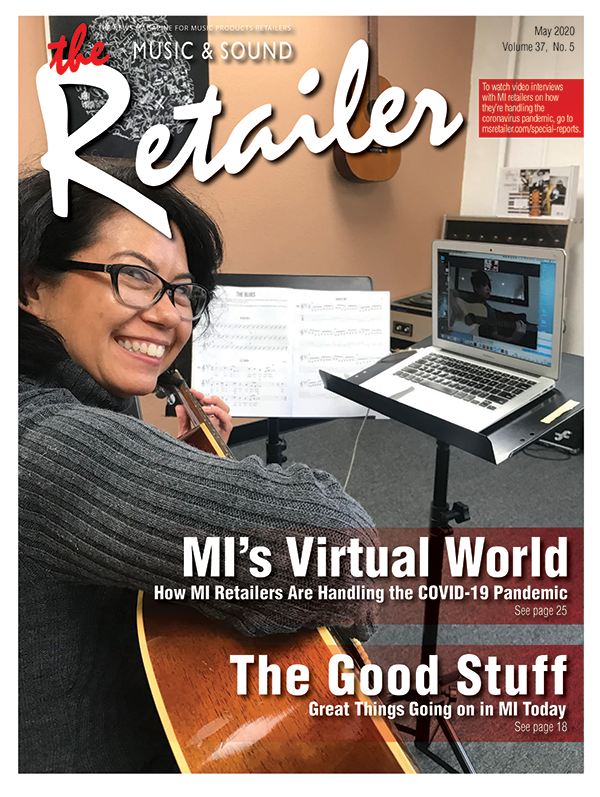