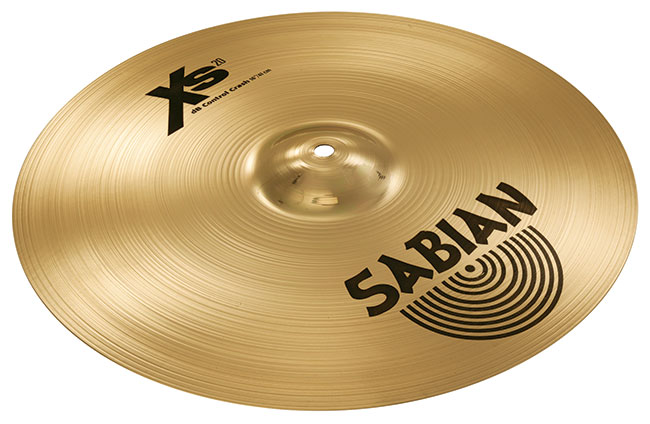 Sabian, a designer and manufacturer of cymbals based in Meductic, New Brunswick, Canada, is so well known and widely respected for its quality product and innovative manufacturing techniques that it’s almost hard to believe the company is only 32 years old, having been founded in 1981 by Robert Zildjian. Since that time, Sabian has birthed a number of highly successful product series, from vintage to modern and encompassing everything in between. Of particular note for us is Sabian’s 2003 launch of Xs20, which became the foundation of a series that has since grown exponentially, and whose two most recent additions we’ll be spotlighting.
Referring to the 2003 launch, Mark Love, Sabian’s Master Product Specialist, noted that the original concept was to make a cast cymbal at a uni-rolled (or sheet bronze) price. “No other cymbal company had done that,” he said, “and, 10 years later, we are yet to be copied. We wanted to be able to offer all drummers a quality cast or B-20 cymbal at a price that was affordable, but with a high quality of sound and durability.” With the inception of Xs20, no longer did drummers have to choose between a sheet cymbal and a higher-priced cast cymbal. From that start, the series blossomed.
“The initial lineup for Xs20 was intentionally kept to a bread-and-butter model listing in order to cover the basic cymbal sounds,” Love explained, “but not to be so deep as to steal customers away from our more complex and popular series, like AAX and HHX.” As time went on, Sabian added a few new models that were essentially line extensions, such as 14-inch medium-thin crash and 12-inch splash.
“We also added band and orchestral crash and suspended cymbals at a later date,” remarked Love. The additions, he went on to say,