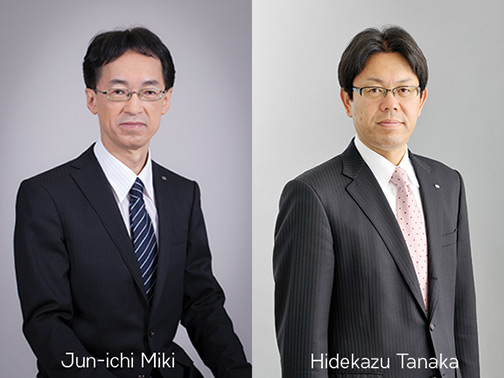 Roland Corp. Japan recently announced that Jun-ichi Miki assumed the role of President, effective April 1. Miki joined Roland Corp. in 1977 and began his dynamic career working in the production department of the tape echo and the rhythm machine facility in Osaka. During his lengthy tenure as a Roland engineer, Miki was deeply involved in developing many Roland products, such as the HP-2700 and FP-8 Digital Pianos, JV and XP series Synthesizers, SRX series Expansion Boards, C-30 Digital Harpsichord and, most recently, the VR-09 V-Combo.

In 1994, after spending many years developing and engineering for Roland, Miki joined the Roland Corp. Board of Directors. Since then, Miki has supported and led numerous technical and product-development teams, including those responsible for overseas production facilities.

Leading the way forward, Miki’s R&D background and strong commitment to the market will help Roland continue to develop new products while anticipating customer demands. With a firm understanding of the core philosophy of Roland, Miki will be leading the company into a new phase while paying respect to the Roland tradition.

Miki said, “The Roland group of international sales and manufacturing companies is firmly tied to a fundamental philosophy. The entire Roland family strives to listen to the voices from the market and to inspire the enjoyment of creativity through the development of exciting new products and applications. Our goal is to be evermore valuable and inspiring to customers, the industry and society, while staying true to Roland’s fundamental slogan, ‘We design the future.’”

Hidekazu Tanaka, Roland Corp.’s former President and CEO, is supporting a strong and successful transition as a corporate advisor, as of April 1. During Tanaka’s eight-year presidential term, he had many notable accomplishments.