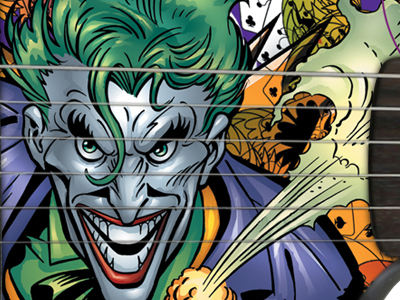 “We are thrilled about this unique partnership with Peavey Electronics that unites the worlds of music and the DC Comics Super Heroes. Fans of all ages and skill levels will now be able to show off their musical super powers with this unique line of instruments and accessories,” said Karen McTier, Domestic Licensing and Worldwide Marketing, Warner Bros. Consumer Products.

“We are excited about bringing together these two iconic brands and creating something special,” said Hartley Peavey, Founder and CEO of Peavey Electronics. “Musicians, music fans and comic aficionados alike will be delighted and inspired by these new musical instruments featuring their favorite DC Comics Super Heroes.”