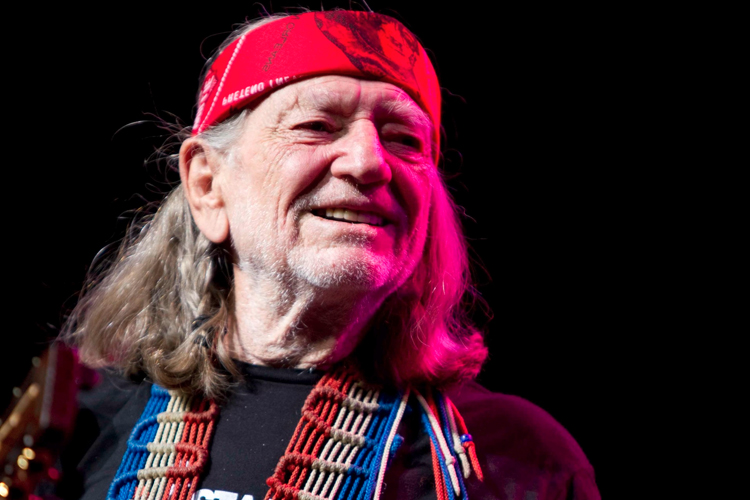 That’s the title of my favorite song from Willie Nelson.

I became a fan the minute I heard it.

Well, gang, I’m sorry to say the party is over for me.

This will be my last column with The Music & Sound Retailer. I will not be writing for the magazine in 2015.

I have enjoyed every minute I spent writing sales tips to share with you, my readers.

I want to thank everyone at The Music & Sound Retailer for their help in writing my column.

Thank you to Dan Ferrisi, Brian Berk and, of course, Vinny Testa for giving me the opportunity to share my sales knowledge with others in the music industry. Dan and Brian made me look smarter than I am by editing my column and giving me the right words to use to get my point across. And, of course, that Vinny has allowed me to write for his magazine has been a privilege.

You all know I am an old soldier in the music industry, and I’ve been to more than 75 NAMM shows.

I’ve lived through the highs and the lows. I’ve worked for companies like Ampeg, Altec Lansing, Sunn Amps and PAs, Washburn Guitars, St. Louis Music, B.C. Rich, ESP Guitars, Blackstar Amps and more. I was National Sales Manager for Sunn, in addition to being a rep. Been there, done that!

You also know that I love the music industry, and I think it was an honorable and rewarding experience…and, might I add, a fun way to make a living.

Dan suggested that I write a retrospective of the past six years, so I’ll give it a shot.

My only regret is that there was important information in my earlier columns that some of you didn’t get to read because you found my column more recently.
You can find them at Amazon.com for Kindle. I’ve mentioned this to some of you, but I frequently hear that you don’t have a Kindle e-book reader. You can get an app from Kindle for free to make your computer or laptop a supported reader.

Check the book out! It’s called Selling is Easy When You Know How. I’ve cut the price to $2.99, so you can buy them for all your employees to use in your sales meetings.
I truly enjoyed selling musical products, but, more than anything else, I enjoyed teaching people to sell. I’ve read more than 500 books on selling and I’ve distilled what I’ve learned into my selling techniques.

I thought it was a shame to have all that information and not to share it with you.

As far as a retrospective of the past six years, I’ve enjoyed every minute. I wrote each column with the sincere belief that I was helping people out there who needed to know what I know, because that knowledge would make their lives easier and bring them success.

I’ve given sales seminars at several NAMM shows to as many as 1,000 people.

In Chicago, we gave seminars in auditoriums. The bigger the crowd, the more I liked it! But writing a column for The Music & Sound Retailer gave me the opportunity to teach 12,000 people. I’ve been truly blessed.

I want to thank you, my loyal readers, for the kind notes you have written to me expressing your gratitude, showing me that my words helped you to do your job more effectively.

One question I am asked is this: “Did you really meet hundreds of rock and country stars?”

Yes, I really did. I came up with a list of some of the bands I met. [Editor’s Note: It will be published on msretailer.com.] There are about 40 listed and, with about five members in each band, that comes to 200. There are probably a couple of dozen I forgot about, but that’ll give you an idea of what I was up to.

There is a story to go with every meeting, and some have amazed me.

For instance, I had dinner with Johnny Cash backstage on a picnic table.

I met James Brown on a plane going to Miami and had lunch with him the next day in his hotel suite. Incidentally, I sold him $16,000 worth of amps for his band.

Kerry King with Slayer came to San Antonio for a clinic and he bought me dinner.

Sometimes I scare myself!

One last story…. Dimebag Darrell asked me to get him an upright bass for his bass player’s birthday. So, I took him to a very conservative strings dealer. He bought the bass and had it painted with skulls and other wild things. If the dealer saw it, he would’ve had a heart attack. God bless Dimebag, who, as you know, was shot and killed onstage while performing.

One last last story before I turn out the lights.

At the NAMM show, we had John Entwistle from The Who and Ted Nugent in our booth. John and I became buds. I was standing in a parking lot of a hotel when John came up to me and asked, “Gene, can you help me?” I replied, “Of course…anything.”

He said, “I was drinking in a bar at that hotel. I walked one of my chaps to his car, and now they won’t let me back in.”

We went into the hotel and I said to the security guy, “Hey you! Do you know who this man is?”

I replied, “This is John Entwistle, the bass player for The Who. Have you heard of them? But forget that! He has a drink on a table in that bar, and you won’t let him get back in. You need to let him in NOW!” (I was in my Brooklyn upbringing mode.)

John thanked me and went back to his drink.

That’s it for me. I want to thank all of my readers for their support. I love each and every one of you.

If you want to send me a farewell message, please send it to The Retailer’s Editor, Dan Ferrisi (dferrisi@testa.com), and he’ll send it directly to me.

Now and always, I wish you good selling.